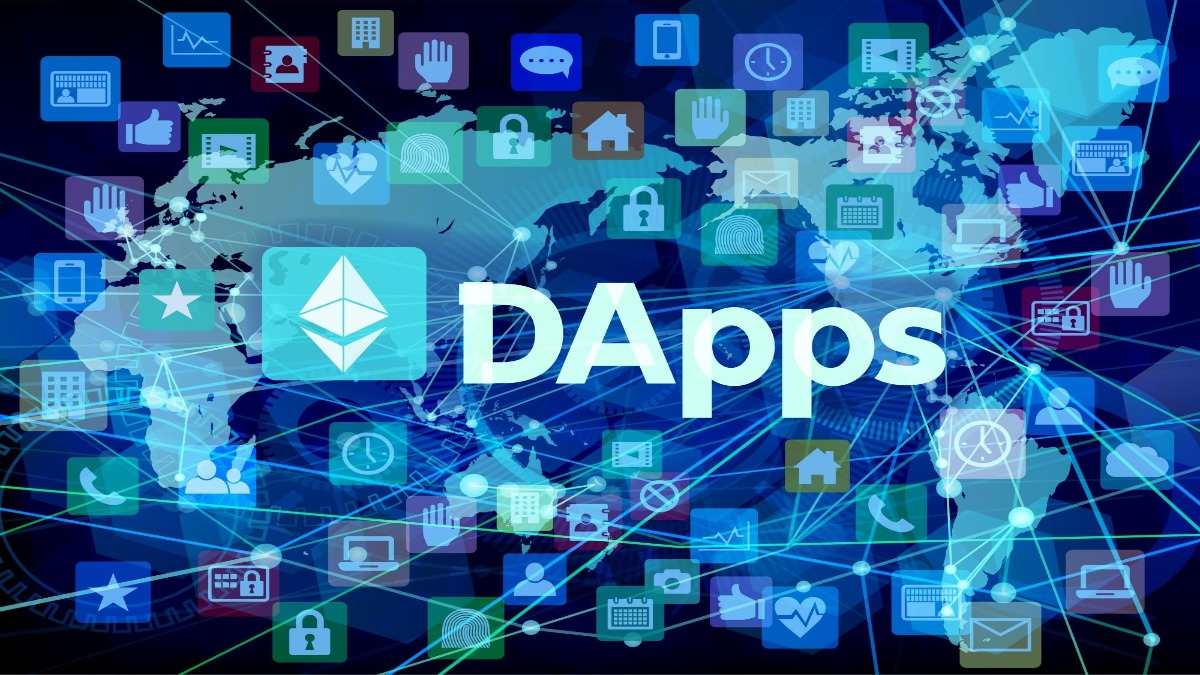 The mass adoption and growing usage of blockchain, web3 and dApps have focused on turning users to the specific aim of decentralization. According to Bitcoin worldwide, the global blockchain market will be worth $1,431.54 billion by 2030, growing at a CAGR of around 85.9% from 2022-2030.

The centralization has brought about intermediaries in transactions, paying companies for connection services. Users pay to be connected to the buyers or sellers, with the companies having complete control and knowledge about the transaction.

An example of a well-known popular web app, is Uber. The application runs on a computer system, designed and operated by a central entity/organization. The organization/entity decides rules controlling users and what can be done or not. The app has different users, but a single entity controls the backend.

Since its existence, Blockchain has promised and developed a host of new use cases and functionalities which will go beyond decentralized finance alone. One of these newly emerged features is the decentralized applications (dApps). This type of application/software works solely to eliminate centralization using blockchain technology.

In 2021 alone, the daily active wallets uniquely connected to dApps increased at a 7X pace, touching an all-time number of 2.7 million at the end of last year—trading volumes reaching high than ever.

Decentralized applications have escaped the rule of a central control system of a single authority to a self-governing entity with complete control and ownership.

DApps are built on distributed ledger technologies (DLT) like Ethereum, the most prominent Blockchain in building decentralized applications today amongst other public blockchain systems.

Decentralized applications have been widely adopted. According to stateofdapps, in 2021, a total dApps of 4k+ gained daily active users of over 58.12k. The dApps recorded hourly transactions of 143.5k, over 7.25k smart contracts and a 24-hour volume of $25.89M so far.

With so many dApps out there, most happen to be built on Ethereum Blockchain to achieve the aim of decentralization. Why Ethereum?

Ethereum: The Empire of dApps

Although other Blockchain protocols like Cardano, Stellar, and NEO are also used in building decentralized applications, the most prominent in the history of dApps is Ethereum.

Ethereum Blockchain is a protocol or a network that allows users to run and create smart contracts through a decentralized network. A smart contract is a developed and self-executing system that runs specific tasks and operations on the blockchain network. Smart contracts are self-executing agreements that quickly, seamlessly, and automatically facilitate transactions between the first and second parties on the network.

Smart Contracts are also the critical soul-holding technology for every dApps. It can be used to create powerful, decentralized, multicast software that can be implemented and used across different industries.

And Ethereum retains formidable network effects from its global coalition of technologists who remain committed to maintaining the network and actively developing user resources that drive adoption. Further, the ability to adequately monetize dApp projects incentivizes others to partake in the Ethereum ecosystem.

Most dApp developers want the applications to get superpowers and uniqueness, which is justified by the Blockchain they are launched on, making one of the most secured, decentralized and interconnected networks- Ethereum Blockchain- the primary option.

With dApps, computers still do the same job a traditional server does. However, those computers don’t all belong to the same person or company. Instead, the workload is spread across the computers of users and anyone else who makes their computer systems available.

DApps distribute their native tokens to represent ownership. These tokens are distributed based on what was programmed in the system’s algorithm for the users. Each dApps token is validated within the app for its usage and is needed to access the dApps functionalities.

Not all dApps work on web browsers, some work on exchange websites and others as mobile applications and computer software. Some dApps also use the same frontend render as the centralized system making their interface simple and comprehensive. However, the backend code is different because that’s where the entity and control are programmed. DApps backends are developed to run on a decentralized peer-to-peer network.

Most of the advantages of dApps are the ability of the system to guarantee security. Blockchain is ultimately secured, and anything running on Blockchain is also. Upon registering on a decentralized application, users don’t need to input or submit any personal information before they start using it. DApps are censorship-free and accessible for all as long as you have a device and internet connection.

Freedom is one fundamental power of dApps. This feature allows interested users to have alternative or decentralized social media platforms. Decentralized social media platforms will resist censorship because not even a single person, user or participant on the Blockchain can delete or block messages from being posted. It is a free world of speech and decentralized ownership in control. For example, they are creating a Twitter-like dApp and putting it on a blockchain network where any app user can easily publish messages. Once it’s posted, no one can delete the messages, not even the app developer.

Since dApps interact with the Ethereum blockchain to work, it also makes it easy to integrate cryptocurrency transactions into the app, making payments for services possible.

With the use of Ethereum to create new dApps, it has provided tools and infrastructural systems for developers to motivate and focus their attention on delivering better innovations in the web world of web3. And these tools have given them flexibility in working on dApps, increasing the deployment rate in various industries.

The most famous examples of centralized apps are Twitter, Facebook, LinkedIn, Instagram, and Netflix. Banks and other financial institutions use centralized banking app systems to allow customers online access to their accounts and transactions.

These are also some of the popular DApps:

Web3 generally is still in its early stage, as well as dApps. However, thousands of dApps already offer different functionalities such as finance, games, and social media on full decentralized ownership.

Even with the first quarter of 2022 only, there are over 2.4 million daily active users of dApps. And once the problems and risks attached to it have been resolved, whoever wants to have a good taste of decentralization can easily use them.