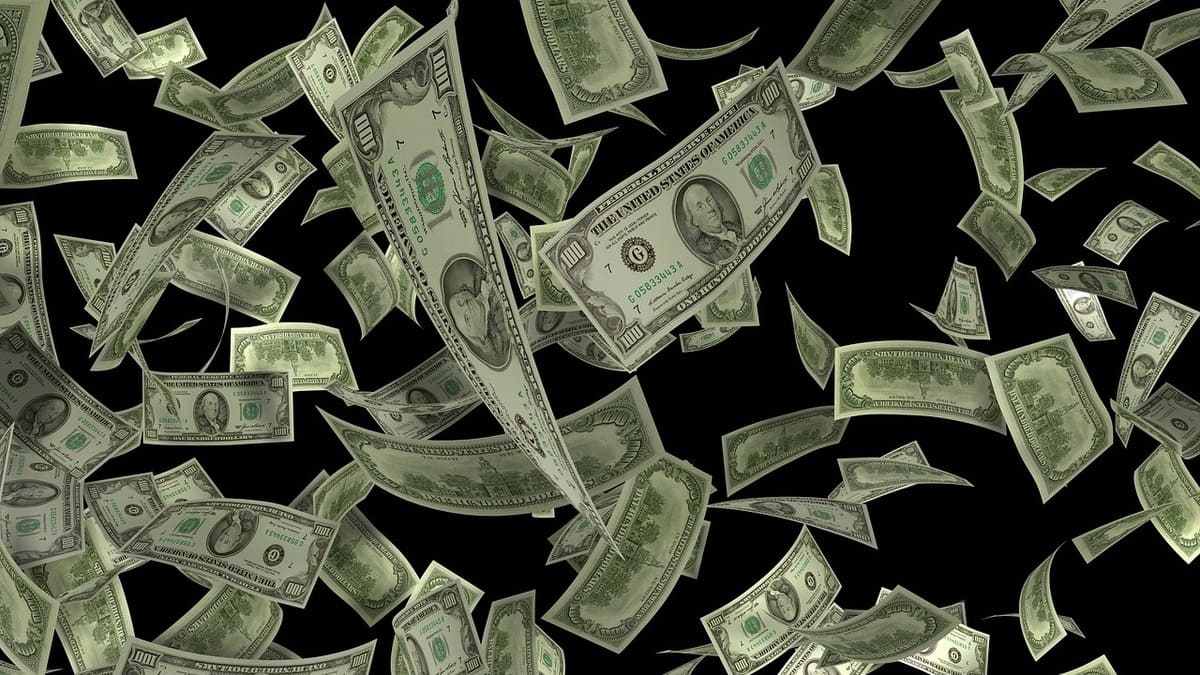 Venture Capital is characterized by financing growing companies with great future potential. That is why they are turning massively to the blockchain and cryptocurrency industry.

In recent years, the cryptocurrency fever has made the blockchain ecosystem grow exponentially. With this, countless companies and projects have emerged that aim to exploit this technology and grab a piece of a multi-billion dollar pie.

From Cryptocurrency Exchanges and Non-Fungible Tokens (NFT) to Decentralized Applications (DApps), Blockchains and even Gaming platforms, are just some of the projects that are attracting the attention of the community.

Despite the uncertainty that has surrounded the cryptocurrency market in recent times, the acceptance and adoption of these new technologies is not stopping. Many industries such as e-commerce, fintechs and even real estate are benefiting from the blockchain and its many applications.

This is why investors are eager to put their money into startups that have the potential to revolutionize the market.

The rise of venture investment in blockchain.

According to a Reuters report, the levels of Venture Capital funding in cryptocurrency and blockchain-related projects are steadily increasing quarter by quarter.

During the first quarter of this 2022, there was a new record high in investment amounts, which totaled $10 billion. Which represents an increase of approximately 10% compared to the last quarter of 2021, and an incredible 200% if we take the data from the first months of last year. 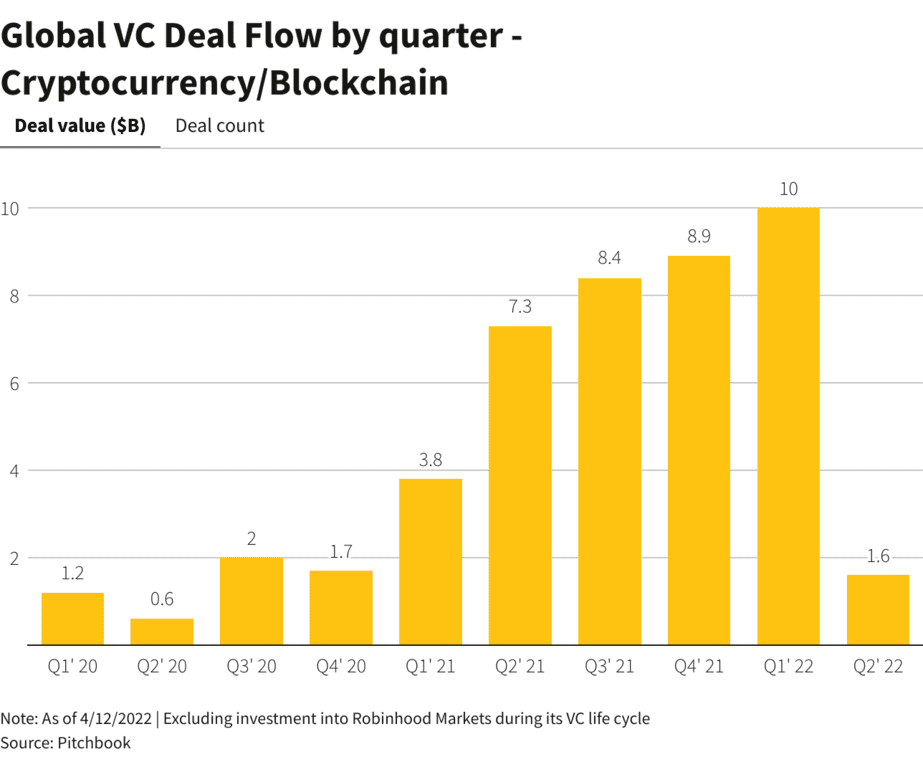 For its part, the average venture capital investment also increased significantly. A trend that has not stopped growing since 2016. In that year, the average per financing was around $27.4 million, while, in 2022, this figure rose to $293.7 million. In other words, an 11-fold increase in the average. 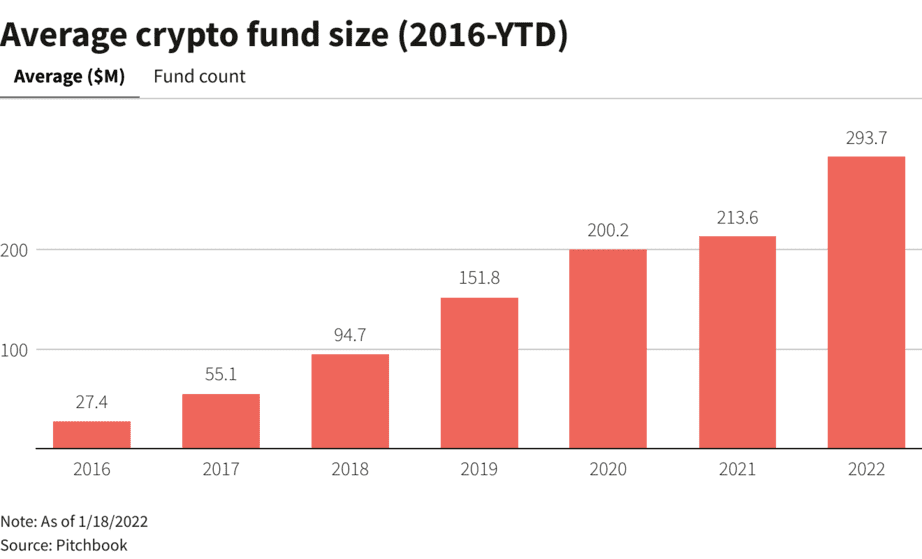 In fact, the supply of financing is so big that projects have the luxury of choosing which companies they will receive money from. Taking into account those that they believe can bring them the most value.

“Some founders, when they take money from investors, create agreements so that investors don’t have undue weight in the governance of the company, or so that they can’t override something that most of the rest of the community wants.”