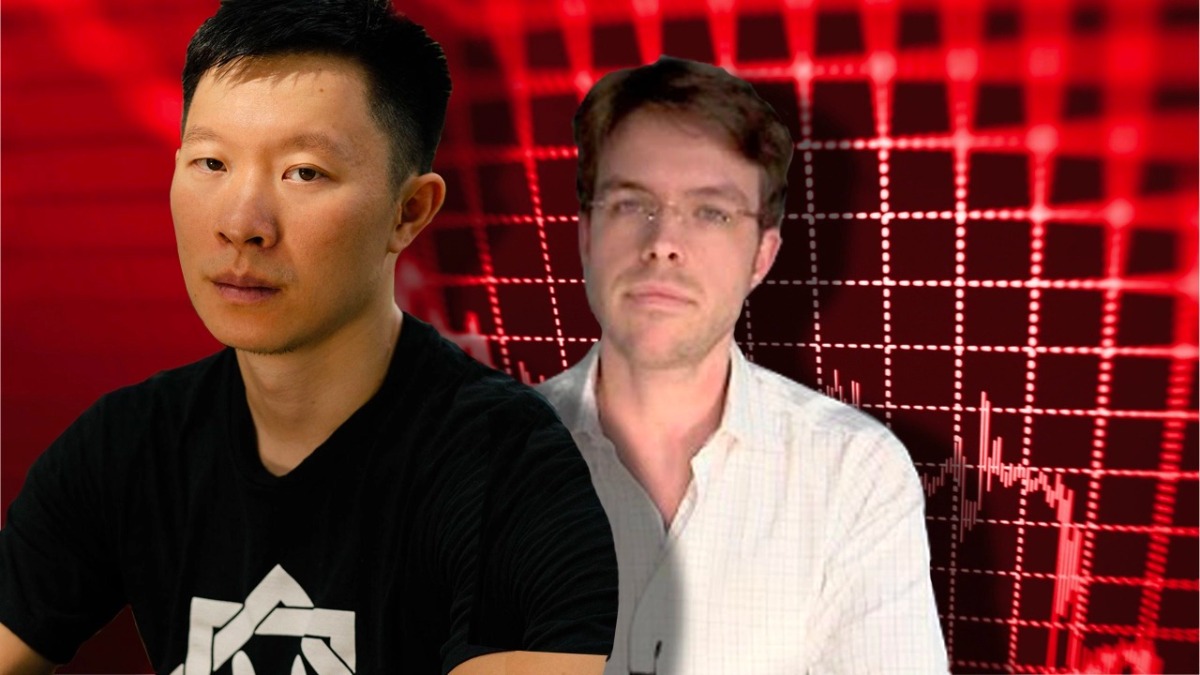 After five weeks in hiding, the disgraced founders of Three Arrows Capital (3AC) spoke extensively to Bloomberg about the spectacular implosion of their once high-flying hedge fund, saying their bungled crypto speculation unleashed cascading margin calls on loans that should never have been made.

Kyle Davies and Su Zhun told Bloomberg from an undisclosed location that they suffered losses due to the implosion and denied allegations of fraud.

Mr. Zhu Su and Mr. Kyle Davies, both 35, first became friends in high school. They built 3AC into a crypto-trading behemoth before its collapse bankrupted creditors and exacerbated a sell-off that imposed steep losses on mum-and-pop owners of Bitcoin and other tokens.

At times apologetic and defensive, Mr. Davies and Mr. Zhu, speaking from an undisclosed location, described a systemic failure of risk management in which easy-flowing credit worsened the impact of wrong-way bets.

They acknowledged the collapse triggered widespread pain but mostly talked around questions about the effect on others in the industry.

Instead, they stressed they suffered deep losses while denying allegations they pulled money out of 3AC before it all blew up.

In a July 9 court filing by the joint liquidators of 3AC, the founders were accused of moving out funds before the collapse. The filing said: “DRB Panama checked various wallet addresses for the Company and while they were able to see transfers have occurred but were unable to identify to whom the Company’s funds had been transferred and for what purposes the Company’s funds had been transferred.”

In response, Zhu said: “People may call us stupid. They may call us stupid or delusional. And I’ll accept that. Maybe. But they’re going to say that I absconded funds during the last period, where I put more of my money back. That’s not true.”

3AC’s Founders cite Death Threats as a Reason for fleeing

Advisers in charge of liquidating the fund said on July 8 filings that Mr. Zhu and Mr. Davies hadn’t cooperated with them and that the founders’ whereabouts were unknown. That news of the 3AC founders fleeing Singapore had added to the creditors’ worry. In the court filing, the creditors’ consortium alleged that “the Company had ceased to engage meaningfully with creditors since approximately mid-June 2022.”

However, Zhu has cited death threats as the reason for their fleeing. “That does not mean we haven’t communicated with all relevant authorities. We have been communicating with them from day one,” he said.

The two declined to say where they were, but one of the lawyers on the call said their ultimate destination was the United Arab Emirates, which has emerged as a hotspot for crypto.

However, it is not the end of allegations by the creditors. The founders have also been accused of using the borrowed funds to buy a $50 million yacht.

Zhu argues that the boat “was bought over a year ago and commissioned to be built and used in Europe,” adding that it “has a full money trail.” In addition, denying the claims of having an “extravagant life,” he has called the allegations part of a smear campaign.

Zhu said: “This kind of smearing, I feel, is just from a classic playbook of the kind of headlines people like to play.”

They describe a confluence of interrelated one-way bets and accommodative borrowing arrangements that all blew up at once, leading not just to their fund’s demise but to bankruptcy, distress, and bailouts at firms like Celsius Network, Voyager Digital and BlockFi.

“It’s not a surprise that Celsius, we, these kinds of firms, all have problems simultaneously,” Mr. Zhu said.

“We have our capital and our balance sheet, but then we also take in deposits from these lenders, and then we generate yield on them. So if we’re in the business of taking in deposits and then generating yield, then that, you know, means we end up making similar trades.”

“What we failed to realize was that Luna was capable of falling to effective zero in a matter of days and that this would catalyze a credit squeeze across the industry that would put significant pressure on all of our illiquid positions,” Mr. Zhu said.

In retrospect, Mr. Zhu said, the firm may have been too close to Terra’s founder, Mr. Do Kwon.

“We began to know Do Kwon personally as he moved to Singapore. And we just felt like the project was going to do tremendous things and had already done tremendous things,” he said, describing the firm’s miscalculations.

Zhu said: “If we were more on our game, we would’ve seen that the credit market itself can be a cycle and that we may not be able to access additional credit at the time that we need it.”

As to what went wrong with the firm, the co-founders also recognized the market overconfidence born out of the multi-year crypto bull market that eventually hit the credit ecosystem.

The co-founders defended their position by emphasizing that their website had sufficient risk disclaimers.