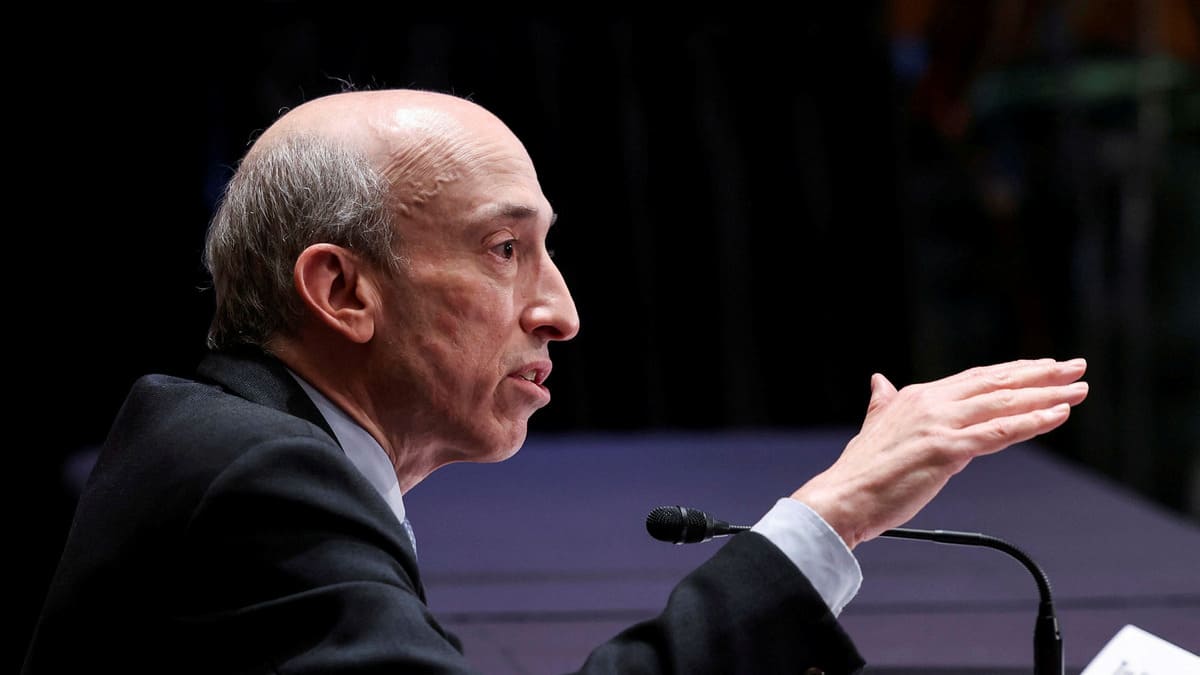 The implementation of proof-of-stake might have brought Ethereum, as a cryptocurrency, back under the regulatory focus of the Securities and Exchange Commission.

The Wall Street Journal reports that after testifying before the Senate Banking Committee on September 15, SEC Chairman Gary Gensler spoke to reporters. He reportedly stated that cryptocurrencies and intermediaries that allow holders to “stake” their cryptocurrency might define it as a security under the Howey test.

According to a story from the WSJ, Gensler was quoted as stating:

“From the coin’s perspective […] that’s another indicia that under the Howey test, the investing public is anticipating profits based on the efforts of others,”

The remarks coincided with Ethereum’s (ETH) move to proof-of-stake (PoS). This means the network will no longer depend on energy-intensive “proof-of-work” mining and would instead enable validators to validate transactions and produce new blocks via a process known as “staking.”

Notably, the Howey Test references a case that the Supreme Court heard in 1946. In this case, the court was asked to determine whether or not a specific transaction qualified as an investment contract. In such a case, the item would be classified as a security and fall within the Securities Act of 1933.

Further, when holders are given the ability to stake their coins, according to Gensler, the investing public anticipates returns based on the efforts of others. Gensler continued by stating that intermediaries that provide staking services to their clients look very similar, with some variations of labeling “to lending.”

Cryptocurrency Has Been Under SEC’s Watchful Scrutiny

The Securities and Exchange Commission (SEC) has been keeping a careful eye on the cryptocurrency market, especially on cryptocurrencies it believes to be securities. The authority that regulates financial markets is now involved in a dispute with Ripple Labs over the introduction of the XRP cryptocurrency.

In addition, the SEC has encouraged companies that offer cryptocurrency lending products to register with them. In February, the SEC levied a penalty of one hundred million dollars against BlockFi for the company’s failure to register high-yield interest accounts, which the SEC considers to be securities.

The Commodity Futures Trading Commission (CFTC) and the Securities and Exchange Commission (SEC) concluded that ETH behaved more like a commodity than a security. The SEC has said that they did not consider ETH a security.

To be clear, I am not saying that ETH is necessarily a security because of its proof model, but regulators do talk about staking in the context of dividends which if one feature of what securities laws call a "common enterprise". There are other factors in the Howey test too.

The director of digital assets strategy at the American investment company VanEck, Gabor Gurbacs, tweeted to his 49,300 followers that he had been suggesting “that POW to POS conversions may garner regulatory scrutiny” for over six years.