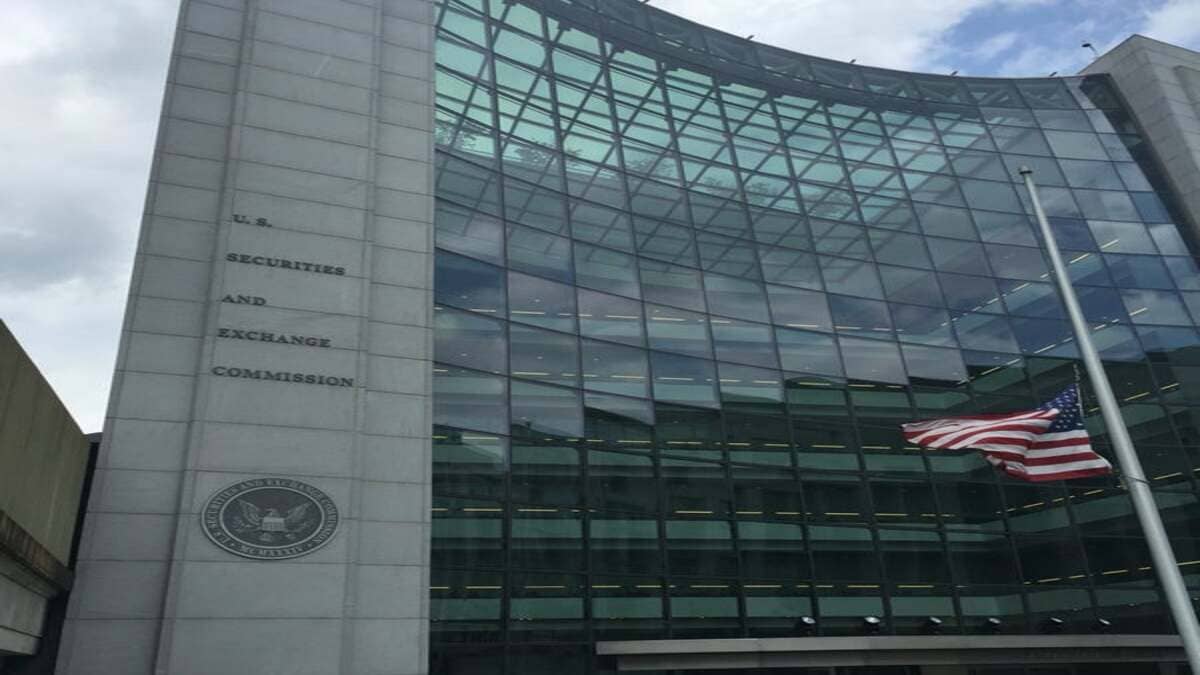 Speaking on Thursday at a conference for the industry, Mr. Gensler, the Chairman of Securities and Exchange Commission (SEC) said he was looking forward to working with Congress to increase the Commodity Futures Trading Commission’s authority, to the extent that the organization needs more power to monitor and control “non security tokens…and the related intermediaries.”

Gary Gensler said, the Securities and Exchange Commission (SEC) has affirmed that it will support the Congress’ decision to give the Commodity Futures Trading Commission (CFTC) control over cryptocurrency regulation. Particularly, when it comes to defining the difference between securities and commodities in the context of cryptocurrencies, the SEC and CFTC have been at odds.

Gensler stated that he agrees with the most recent congressional legislation. The comments come as the conflict over who will regulate cryptocurrency among government agencies and the congressional committees that oversee them is heating up.

Bitcoin and Ether are not secured

Legislation that would give the Senate Agriculture Committee, which oversees the CFTC, control over the two biggest cryptocurrencies, bitcoin and ether, is being proposed by committee leaders. As opposed to cash or spot markets where the underlying assets are bought and sold for immediate delivery, the CFTC now has the authority to regulate derivatives, such as futures and swaps.

Since Bitcoin and Ether are considered to be more “decentralized” than other cryptocurrencies by their supporters, the SEC has consistently refused to claim authority over them. Mr. Gensler pointed out on that day that despite the fact that bitcoin doesn’t quite fit the definition of a security, it is frequently compared to a digital version of gold.

Gensler claims that as long as the law does not render the SEC powerless in this area, he will support it. Indicating that the SEC should still be permitted to regulate crypto-assets they believe to be securities, he expressly stated that the CFTC should have responsibility over “non security tokens and related intermediaries.”

The industry’s increased lobbying efforts in Washington and efforts to attract more mainstream investors through Super Bowl commercials and other high-profile marketing endeavors are also reflected in the competition.

Mr Gensler has agreed to cooperation

The CFTC’s former chairman, Mr. Gensler, who served in that position from 2009 to 2014, qualified his views by stating he was open to cooperating with lawmakers as long as they didn’t usurp the SEC’s authority.

He said, “Let’s make sure we don’t unintentionally undercut securities rules. Our capital market is worth $100 trillion. Globally, there is less than $1 trillion in cryptocurrency. However, we don’t want that to in any way conflict with what we do elsewhere.”

Bitcoin is subject to regulatory gaps in securities legislation.

If Congress passes a legislation on cryptocurrencies, it will be a significant step toward their adoption and open the door for government endorsement as the fundamental framework for financial and economic activity in the ensuing ten years.

Market participants have responded to the news on social media, with the CEO of FTX praising the regulators’ efforts.

“NOT LEGAL ADVICE, but I believe that having a spot market that is governed by federal law would be quite beneficial!,” SBF FTX tweeted.

The #SECSpeaks Conference has officially started.

Tune in shortly to watch my remarks at https://t.co/qFwzghvYYx

The topic of discussion: crypto!

Legislators should address the matter, according to Jake Chervinsky, head of policy at the Blockchain Association, a crypto lobbying group, who said that “decades of legal history shows that most digital assets are commodities.”

For context, there have been rumors for a while that Chair Gensler's SEC would love to walk away from its June 2018 guidance saying ETH isn't a security, but they haven't found a credible way to do that yet. (There isn't one.) I don't read this article as him giving even an inch.

However, the law does call for cryptocurrency businesses trading in digital assets to register with the CFTC. Since the CFTC is renowned for its pro-crypto policies, the decision appeared to appeal to the majority of companies in the crypto industry. Not so much with the SEC.

The agriculture panel’s leaders’ plan is one of many that legislators have proposed to more strictly regulate cryptocurrency. Mr. Gensler made no mention of supporting any particular bill in his remarks.

Rostin Behnam, the chairman of the Commodity Futures Trading Commission, has asked Congress to enact legislation giving the CFTC the authority to oversee some types of cryptocurrencies’ cash markets and funding it to carry out extra oversight.

The conflict has no ending point if conditions are not met

The conflict might continue if the SEC keeps classifying assets as securities in defiance of the opinion of the rest of the markets. The Howey Test is used to assess whether an asset is a security or not, according to the SEC.

However, John Berry, a former SEC attorney, had already disputed the effectiveness of this.

“The CFTC, not the SEC, should control spot markets, according to congressional agreement,” he said, adding that this is a problem for Congress rather than regulators.

Despite the fact that Mr. Gensler’s remarks imply that his agency shouldn’t supervise bitcoin, he asserted that the bulk of crypto tokens are securities that come under his agency’s purview and must adhere to investor-protection rules. According to Mr. Gensler, some cryptocurrency intermediaries may need to be dual registered with the CFTC and his organization, much like some brokers and mutual fund companies are regulated by both organizations.

Additionally, Mr. Gensler has consistently pushed for the registration with the organization of cryptocurrency trading platforms like Coinbase Global Inc. as securities exchanges comparable to the New York Stock Exchange or Nasdaq. The SEC almost doubled the size of its cryptocurrency-focused enforcement unit’s workforce in May.