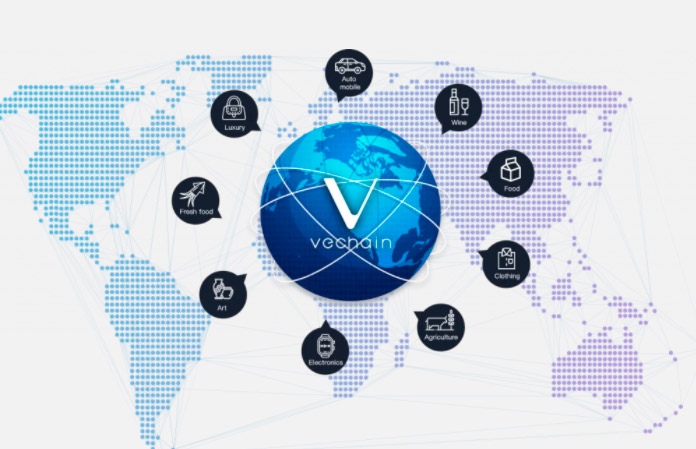 What is VeChain [VET]?

Conceptualized in 2015, VeChain is a platform that aims to provide blockchain solutions for businesses around the globe. It is powered by the underlying VeChainThor which is its public blockchain.

It was founded by VeChain Sunny Lu, who also happens to be the former CIO of Louis Vuitton China. Blending his expertise in luxury goods with the burgeoning blockchain technology, Lu went on to create an IoT [Internet of Things] application exclusively for supply chain management. Today, he serves as the Chief Executive Officer of VeChain via a non-profit which is known as the VeChain Foundation which was founded in Singapore

VeChain is essentially designed to cater enterprise-level businesses by merging physical tracking via blockchain records to watch over real-world products from production to delivery, meaning a solution for streamlining the entire supply chain management process without compromising security and transparency.

The main objective behind the inception of VeChain is to monitor vast amounts of data for businesses in the form of quality, authenticity, storage temperature, and transportation status  through the use of distributed ledger technology [DLT]. This way, the software helps in preventing frauds and knock-offs.

It is important to note that after six years since its inception, VeChain has emerged as one of the most prominent blockchain-powered platforms that is being used by both small and big businesses alike. The strategy that the developers of VeChain adopted was to integrate best features from both the decentralized finance [DeFi] and centralized finance [CeFi] spaces and create a balanced ecosystem that is efficient and trustless.

Originally built on the Ethereum blockchain, VeChain previously used the native VEN token. Two year after it was established, the genesis block was mined on the VeChainThor blockchain. Since then, VeChain has undergone noteworthy transitions. In line with this, previous ERC-20 VEN tokens were swapped at a 1:100 ratio to VET tokens.

How Does VeChain Work?

VET and VTHO The Tokens of VeChain

Is VET a good investment?

VET is one of the top crypto-assets on the leaderboard. The users of the VeChain platform can also stake their VET token to pocket some passive income. For this, the token holders are required to hold their VET in a network wallet that remains online for a certain period of time. The longer a user stakes their VET token, the more they earn. Moreover it has a specific amount of supply, thanks to this cap, the demand of the token is expected to rise as the supply declines. However, cryptocurrencies are volatile in nature and it is always advised to do proper research before investing.

In addition to that, the VeChain Foundation holds a considerable reserve of VeChain [VET] tokens in an effort to support and foster the growth within the ecosystem.

VeChain has emerged as one of the powerful blockchain-based service tools that has been applied in businesses across various sectors. From healthcare, to carbon emission monitoring, and tracking quality assurance in the food safety industry, to providing anti-counterfeiting solutions, VeChain boasts a solid track record of efficiency. Over the last few years, it has forged significant partnerships with influential players to disrupt the traditional inefficient pillars and bring in modern, ground-breaking technology.

Its strong presence is not only felt in the Chinese market, but is also slowly expanding across other parts of the world as well.