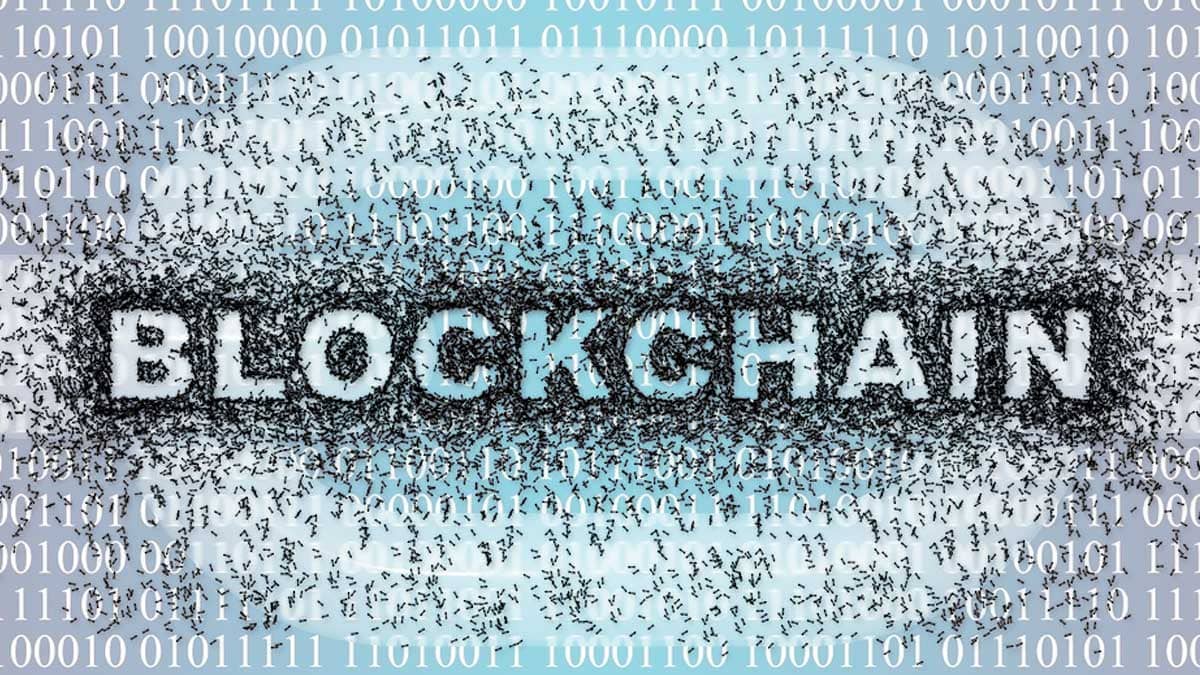 Blockchain technology or Distributed Ledger Technology [DLT] is similar to a database which contains information that is stored electronically. Easily put, blockchain is essentially a shared, immutable ledger that enables the process of documenting transactions and tracking various assets on a network.

In addition, blockchains store data in the form of blocks [hence, the name- blockchain] that are essentially “chained” together.

Blockchain can be imagined as a realm where contracts are lodged in digital code that are stored in transparent, and shared databases. The growing popularity of this burgeoning technology can be attributed to the fact that the information stored in a blockchain is protected from deletion, manipulation, as well as revision.

Let’s look at some of the defining structures of Blockchain.

Blockchains are highly secure. Even as the degree relies on its infrastructure, the underlying cryptography is what helps a blockchain achieve the required data security.

The participants of the network possess their own private keys. These act as a personal digital signature. If a record in the blockchain is altered, the network would be notified right away. But, since blockchains are frequently updated and are in sync thanks to its decentralization and distributed across peer to peer [p2p] networks, it lacks a central location.

Therefore, blockchains do not have a single point of failure.

Moreover, in order to manipulate the blockchain, a malicious entity would need massive amounts. Hence, a bigger and more the distributed network is, the harder it is to tamper.

The decentralized nature of the network has what appealed the masses so strongly over the last couple of years. But, a blockchain may not be inherently decentralized. It can be either centralized or decentralized

It is important to note that both centralization and decentralization merely indicates the rights of participants on the ledger, hence it depends on its design.

However, in case of a decentralized blockchain, such as Bitcoin, there is no governing authority or a third party looking after the foundation of the network. This is very much unlike a traditional client server model which is highly centralized in nature. Instead, there exist a group of nodes that are deployed to maintain the blockchain network.

Virtually anything and everything can be stored on a blockchain. Be it cryptocurrencies, documents, valuable assets, contracts, blockchain gives users direct control over the contents with a private key.

Blockchains are transparent in nature. This is because all the transactions on it can be viewed. This can be accessed either by the user with a personal node or by using explorers.

For instance, in a Bitcoin blockchain, each and every personal node will have its own copy of the blockchain that gets continually updated as new blocks are confirmed and added to it. Hence, Bitcoin transactions can be easily tracked even if it remains pseudonymous and not anonymous.

Moreover, there are many blockchain explorers which can also be used to track a particular address and where the coins originated from.

Blockchain data is not interchangeable. Hence, it is immutable in nature. This is because every block not only carries a hash for itself but also for the previous block. This is important since it is a way of guaranteeing that blocks are retroactively connected together.

It is this functionality of blockchain technology that further ensures that an attacker cannot invade and tamper the data saved in the block.

In short, cryptography alongwith blockchain ‘hashing process’ is what grants it immutability.

How Does It Work

Let’s start off with the basics. Blockchain technology consists of the following important entities:

As mentioned earlier, every chain consists of Blocks which contains data and a 32-bit whole number called a nonce. Note: The nonce is generated arbitrarily when a block is created. This is what produces a hash. This block header hash is essentially a 256-bit number attached to the nonce.

To elaborate further, it is important to note that a nonce produces the cryptographic hash right after the creation of the very first block of a chain. This means that the data contained in the first block is now signed and will be wedded to the nince and hash forever.

When we say blockchain is distributed ledger, it actually means that no one single entity [be it individual or an organization] is in control. Rather, every participant in a blockchain network is a node.

Hence, any electronic device that is connected to the chain and maintains updated and verified copies of it as well as keeps the network functioning is called a node.

There are two keys: Private and Public key. These facilitate the execution of transactions between two parties.  The address used in transactions represents the public key. Hence, they are shorter. The private key, on the other hand, is what grants a user ownership of the funds on a given address.

Coming back to workings

Firstly, as a user or a node initiates a transaction, its private key will generate a digital signature which is unique to ensure any changes by unknown entities. The said transaction will then be shown to the nodes that are tasked with verifying.

Here, there are different methods of consensus which can be used by the blockchain to validate the transaction. Once the transaction is verified by the nodes, it will be placed on the ledger and will contain a timestamp and a unique ID to secure it from any manipulation in the future. This new block will then be connected to the previous block and so on. This is what results in the creation of a blockchain.

As the name suggests, private blockchains are “private” and “closed” in nature. Meaning, they are permissioned and restrictive. Private blockchains operate like a private property of an organization or a person. Here, there is an intermediary who is tasked with the contents of the blockchain and to whom access must be given in order to verify the same.

In short, only a selected few have the access to a private blockchain network. Unlike its public counterpart, this type of network is centralized as it remains under the control of an entity.

Some of the advantages include time efficiency in terms of the network to reach consensus, more scalable since there are fewer nodes that are authorized to verify transactions.

Centralization can be counted as one of its biggest disadvantages. This, in turn, triggers trust issues, since centralized nodes have the last say. Also, fewer nodes, also mean a less secure network.

The blockchain technology was first introduced as “public” to the world, with Bitcoin being its first application. This type of distributed ledger system is essentially permissionless and non-restrictive in nature since each peer contains a copy of the entire ledger.

Public blockchains are open as well as transparent because literally anyone with an access to the Internet can become an authorized node. All the user needs to do is to sign in to the blockchain platform. A public blockchain needs to have peers participating in solving transactions, for it to become functional.

Some of the functions of a node or a user of a public blockchain includes access to the records of the network, both past and present. They also have the authority to carry out mining, for instance, such as the Bitcoin miners. Moreover, they have the authority to verify transactions or perform consensus protocol for an approaching block.

There are various methods by which consensus is maintained in a trustless way. Proof-of-Work [PoW], Proof-of-Stake [PoS] are a few of the most popular mechanisms.

Some of the pros of a public blockchains include no intermediaries, incentive for the work performed towards maintaining the robustness of the network, transparent network, among others.

While more nodes would mean a more secure network, it also slows down the network. Hence, everything has negative sides as well.

Its cons include, scalability issues, and longer time taken to validate transactions.

Hybrid is sometimes referred to as the best of both worlds. Rightfully so, it is a game-changing technology bringing in the positive capabilities of both public and private. It is, hence, without a surprise that Hybrid is indeed a logical step forward that seeks to limit the disadvantages of the two in its architecture.

In a hybrid blockchain, the nodes or users possess the authority over who gets access to which particular data on the network. These are open-ended in nature and can accommodate parts of the data that needs to be private as well as public on the blockchain. Hence, the architecture of hybrid blockchains are flexible in nature.

2008-13: The Inception of Bitcoin Blockchain

While it is true that Satoshi Nakamoto conceptualized the first blockchain back in 2008 with Bitcoin, the tech has been revolutionary across several industries. And as the global blockchain market size continues to grow exponentially, let’s look at some of the milestones.

World’s second largest blockchain was imagined by Vitalik Buterin which involved working on the limitations of Bitcoin and bringing about a network which can host and perform several functions. Hence, Ethereum Project was born in 2013.

R3, which happens to be a blockchain tech company, was formed this year. Soon after its launch, R3 formed a consortium of more than 40 traditional financial firms to explore the capabilities of the disruptive blockchain tech.

Citibank builds three blockchains and a test currency to run across them.

Blockchain technology has made some of the most transformative and dramatic changes with regards to digital transformation of business across the world. Presently, one of the major trends to look out for is solving blockchain’s scalability issues via the cloud. Privacy resolutions are equally important.

However, the biggest contributor to the growth of this sector can be attributed to the enterprise blockchain solutions that are being developed and customized according to a corporate’s business requirements. Hence, mainstream adoption of the tech is imminet, both at the consumer and enterprise levels.

Blockchain technology has evolved to a great extent and has a separate identity than just being Bitcoin and cryptocurrencies’ underlying network. This tech is shaping anything and everything around us and hence blockchain tech can be applied to different scenarios to cater the growing demands.

Let’s look at some of the several use cases using different blockchain networks.

It can be safely said that Blockchain technology has transformed many spheres of our lives. It is arguable the most influential phenomenon that has taken the world by storm.

Having said that, there is no one blockchain platform that is better than the other. And it is largely subjective as to what kind of network suits the needs of an organization or an individual. Hence, it is imperative to weigh the pros and cons.