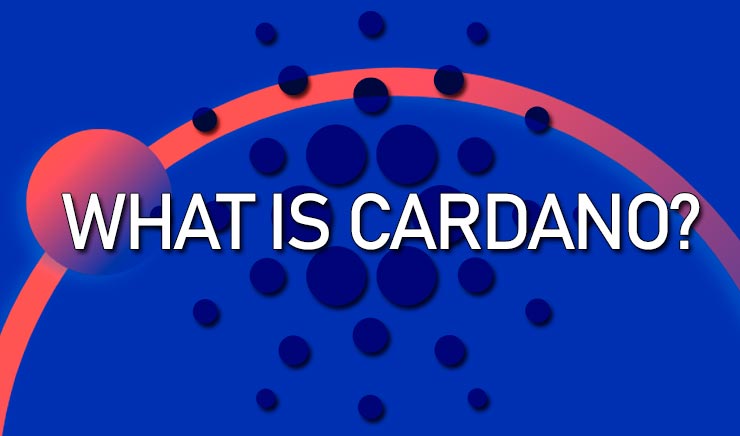 Cardano (ADA) has become one of the fastest-growing blockchain assets in the entire cryptocurrency realm. Its approach is unique in the industry itself since it is built on scientific philosophy and peer-reviewed academic research. Cardano is unique in comparison with other digital currency projects such as Bitcoin for several reasons.

Let’s take a deep dive to understand the workings behind this groundbreaking blockchain network.

Named after the Italian polymath Gerolamo Cardano, Cardano is a proof-of-stake [PoS] blockchain. The PoS mechanism essentially enables miners to mine or validate block transactions based on the amounts they hold.

Cardano happens to be the world’s first peer-reviewed blockchain and was founded back in 2017. It uses the token symbol ADA, named after the 19th-century mathematician Ada Lovelace, the daughter of the poet Lord Byron.

The blockchain can be leveraged to develop smart contracts, and in turn, build decentralized applications (DApps) and protocols.

How does Cardano work?

Unlike other blockchains, Cardano has a slightly different architecture. The blockchain has two layers.

1. Settlement Layer: This layer functions as a unit of account and is the place where ADA token holders can send and receive the crypto-asset instantaneously with minimal transaction fees. In short, the settlement layer enables users to send and receive ADA tokens, from one wallet to another. It uses a similar method that’s deployed by Ether (ETH).

2. Computational Layer: This layer is a set of protocols, and is touted as the foundation of the blockchain itself. Compilation layer assists in matters of running smart contracts, ensuring security and compliance, as well as allowing for other advanced functionality, such as blacklisting and identity recognition. This layer also enables the project’s developers to make changes using soft forks and without disrupting the ADA or settlement layer.

This consensus mechanism enables its native token to be sent and received easily and securely at all times, while simultaneously guaranteeing the safety of smart contracts on the blockchain.

Ouroboros also offers rewards to ADA holders who stake their tokens to the network and help ensure network consensus.

But how does Ouroboros process actually work?

Firstly, the network arbitrarily picks a few nodes to have the opportunity for mining new blocks. These nodes are called slot leaders.

Secondly, the blockchain is split into slots, each of which is known as an epoch.

Notably, it is the ‘Slot leaders’ that have the capacity to mine their specific epoch, or subpartition of an epoch. Any other network participant who assists mine an epoch or part of an epoch receives a reward for their work

Another important fact is that the Cardano blockchain is infinitely scalable. This is due to the fact that epoch can be partitioned infinitely which, in turn, makes it possible to process as many transactions as needed without hitting a gridlock.

Cardano protocol technology has laid out five distinct phases for its blockchain.

● First, laying the Foundation with Byron,

● Optimizing for Decentralization with Shelley,

The Byron era is seemingly the first phase that is involved with the creation of the foundational architecture of the network. Additionally, this phase also deals with testing the initial functionality so the network runs hassle-free.

This phase encompassed the first crucial technology developments. It also involved building a community and getting individuals involved in creating the “blockchain of the future”.

The Byron era witnessed the roll-out of the Daedalus wallet, IOHK’s official desktop wallet for ADA, and Yoroi, a light wallet from IOHK’s sister company Emurgo built for efficient transactions and day-to-day use

The Shelley phase is involved with the launch of the Cardano mainnet and the beginning of decentralization of the blockchain network in its truest sense. This phase includes moving away from the Byron era during which the network was federated, to the Shelley era which progresses with more and more nodes shifting towards being run by the Cardano community.

Thereby making the network more decentralized with a greater security and robustness.

This phase also involves the introduction of a delegation and incentives scheme. This is essentially a reward system to boost stake pools and community adoption. As a PoS network, the users can stake their ADA token to participate in the network.

The Goguen era is based on the implementation of a smart contract platform, enabling for the function of building decentralized applications [DApps]. This era aims to amplify the capability for the Cardano network.

The blockchain intends to achieve this by allowing its users from both technical and non-technical backgrounds to build and accomplish functional smart contracts on the network. Creation of Plutus happens to be another objective of the Goguen era.

Besides, in a bid to further advance the usefulness of Cardano, the Goguen era also comprises the addition of a multi-currency ledger. With this, the network users will be able to create new natively-supported tokens.

This era of Cardano’s roadmap involves the implementation of scaling solutions to enable blockchain optimization and improved performance.

During Basho, the network would see the introduction of sidechains, ie.,new blockchains, interoperable with the main chain. This carries immense potential to extend the capabilities of the network.

Apart from that, parallel accounting styles will also make a debut in the Basho era.

These developments will subsequently result in a greater interoperability for Cardano, as well as the ability to support new kinds of use cases on the network.

The last phase of the roadmap is all about governance of the Cardano network. Voltaire would introduce treasury and voting systems to create a self-sustaining network. This is in line with the ecosystem’s goal of making Cardano a truly decentralized network.

For this, the Voltaire era would see the addition of the ability for network participants to present Cardano improvement proposals that can be voted on by stakeholders, utilizing the already existing staking and delegation process.

Meanwhile, a portion of all transaction fees will be accumulated to deliver funds for development activities conducted following the voting process.

Following this phase, Cardano will no longer be under IOHK’s management. Instead, its future will be in the hands of the community.

ADA that is held on the Cardano network denotes a stake in the network. In short, the size of the stake is proportional to the amount of the token held.

There are two ways an ADA token holder can earn rewards:

● First, is by delegating their stake to a stake pool run by someone else,

● Second, is by running their own stake pool.

It is important to note that the fundamental way the Ouroboros protocol picks who should add the next block to the blockchain, and receive a monetary reward for their services depends on the amount of stake delegated to a given stake pool.

The more the amount of delegated stake, higher the chances of it to make the next block on the network. This means that the rewards are split among all the participants who delegated their stake to that stake pool.

How Much Can You Earn From Staking ADA?

Cardano staking functions on a cyclical basis. Rewards are paid out every epoch, or every five days. The network users can earn 4.5% per year by staking ADA. In addition, the users can run their own stake pool or join an existing pool.

Cardano Foundation is an independent non-profit Switzerland-based blockchain technology and cryptocurrency firm. Its core goal is to “protect and promote” the Cardano Protocol technology as well as supervise the advancement of ADA.

Emurgo is a multinational blockchain technology company that provides solutions for developers, startups, enterprises, as well as governments.

IOHK is a technology company that is focussed in leveraging p2p innovations to offer financial services to the three billion people who don’t have them. An engineering company that develops cryptocurrencies and blockchains for academic institutions, government entities and corporations, IOHK is the developer team behind the Cardano blockchain.