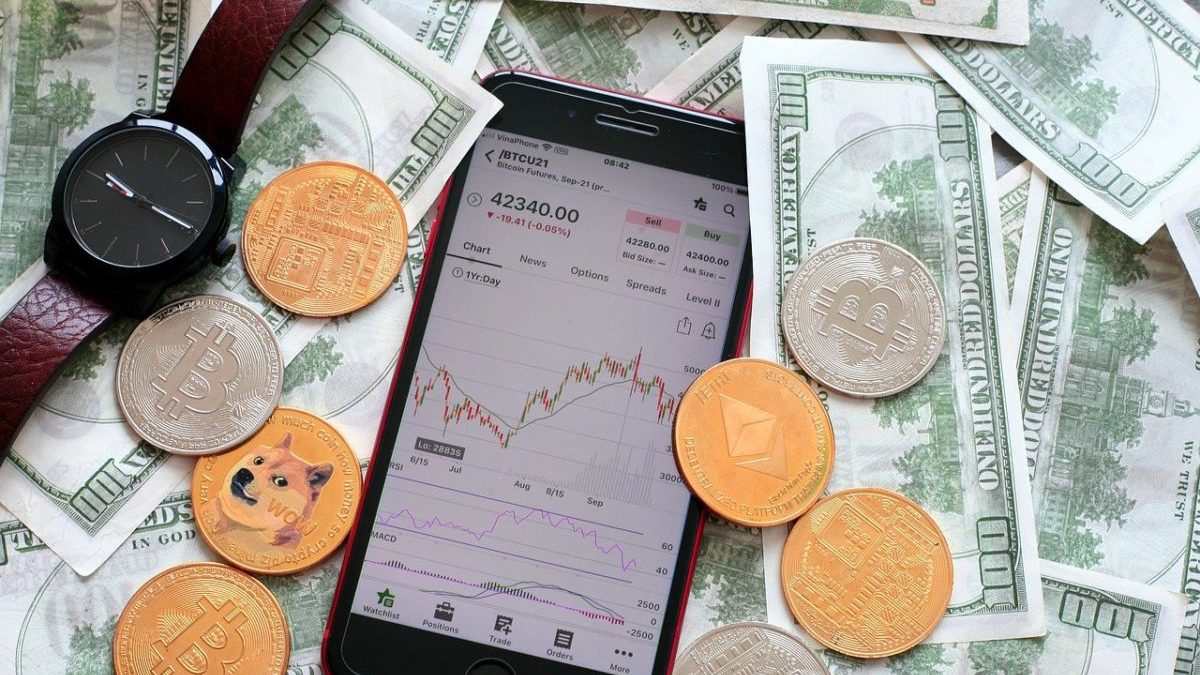 The cryptocurrency market woes is likely to continue as the overall crypto market took a tumble by over 7 per cent in the past 24 hours and is currently valued at $1.66 trillion.

Crypto prices have plummeted since reaching record highs in early November, 2021. Some of the factors that might have contributed to the recent market slump include a broader market selloff driven by investors, geopolitical issues affecting Russia and Ukraine, a possible exploit of OpenSea, one of the leading NFT platforms. The recent price drop in cryptocurrency has got some market participants worried that a so-called “crypto winter,” or an extended period of bearishness, could be imminent. 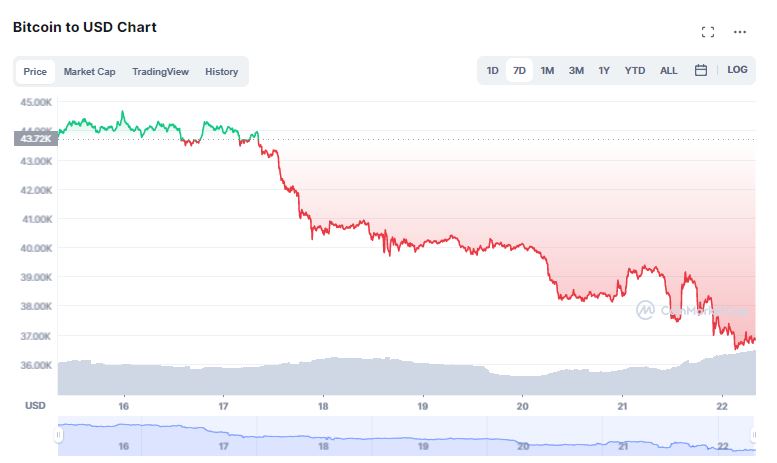 According to data from CoinMarketCap, Bitcoin (BTC) was hovering around $36,860 down by over 5 percent over the last 24 hours. The most popular cryptocurrency dropped to a more than two-week low as fears of a possible Russian invasion of Ukraine prompted some analysts to predict the largest cryptocurrency could slide toward the key $30,000 level. Bitcoin dipped below the $40,000 level over the weekend and kept weakening as the Ukraine crisis deepened, undermining the argument that cryptocurrencies are a haven in times of geopolitical turmoil.

Ether, the second-largest cryptocurrency in terms of market capitalization, also fell about 8% to $2,518. Meanwhile, Dogecoin price crashed over 9% to $0.12 whereas Shiba Inu also plummeted about 12% to $0.000023. The performance of other coins also tanked as Solana, XRP, Terra, Avalanche, Stellar, Cardano, Polygon, Polkadot prices were trading with cuts in the range of 5-12%.

What Do People Have To Say About The Market?

John Roque of leading analytical and research firm, 22V Research, has predicted Bitcoin may fall below $30,000, as traders increasingly favor gold, potentially pushing bullion to an all-time high. He said,

“In the globe’s latest maelstrom — U.S./Russia/Ukraine — Bitcoin, the asset purported to be the answer to every question, has quietly weakened and is notably underperforming its arch-enemy, gold,”

Cryptocurrency exchange, Huobi co-founder Du Jun, believes that the market will be down until the end of 2024 or early 2025. He said that judging by past market cycles, there may not be another one for around three years. He remarked,

“We are now at the early stage of a bear market. Following this cycle, it won’t be until end of 2024 to beginning of 2025 that we can welcome next bull market on bitcoin.”