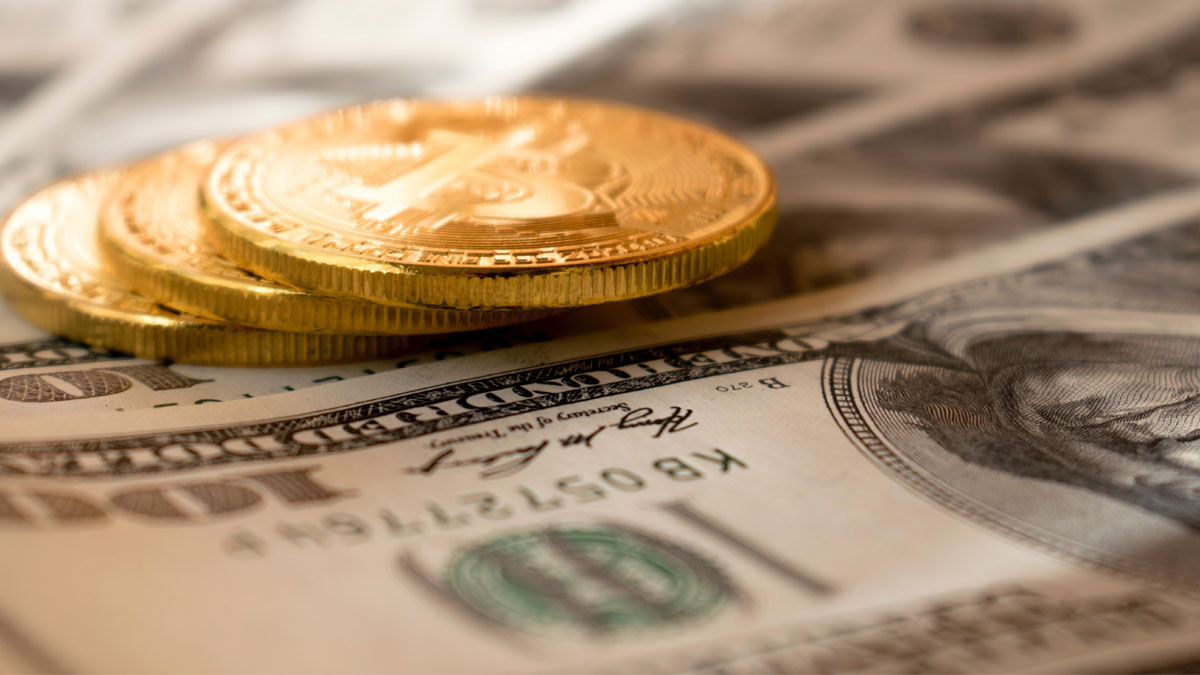 There are many stablecoins in the cryptocurrency market with various use cases and backgrounds. But some of them are more reliable and promising. The most important factor of difference in stablecoins comes from the backing currency or asset.

Cryptocurrencies are becoming a driving force in the world of the digital market. Since cryptocurrencies have been making mainstream headlines and trending for quite some time, almost anyone thinks that they are a perfect technology without any flaws, but they, like any other technological development, have flaws. It is also important to note that oftentimes such initiatives are done as a business model, and therefore, these initiatives are often used to develop stablecoins.

What is a stablecoin?

Initially, stablecoins were created in response to the multiple requests from early crypto investors seeking a crypto-equivalent to fiat currencies such as the dollar or the rupee. It had to be a product whose value could be reliably maintained over time without being volatile, as well as one where the value could be transferred easily. As an example, one solution provides investors with the option of easily converting their Bitcoin profits to a currency of their choice, which could then be invested elsewhere or simply withdrawn to your bank account. Therefore, this is why the ”stablecoin” was born, so that it addresses exactly these concerns.

Stablecoins have made trading on cryptocurrency easier, especially since crypto can be traded around the clock – 24 hours a day, seven days a week – unlike stock exchanges. As a result, investors were able to immediately cash out their crypto portfolios and sleep peacefully without having to worry about how their investments had moved overnight. Thanks to stablecoins, it is now easier to transfer money between crypto exchanges and in and out of them without the need to undergo tedious banking procedures.

In addition to providing investors with a way of holding a part of their crypto portfolio like cash, stablecoins also enabled them to be able to use any coin at any moment of the day without having to depend on the servers of their banks, which have been known to be unavailable from time to time due to ”maintenance”.

The steady rise in coin values since 2014 has even been attributed by some cynics to stablecoins attracting more participation to the crypto markets as a result of the ease with which stablecoins can be traded.

As crypto is a free market, having a set of competing stablecoins that function differently but fulfill the same basic need – that of keeping a stable value – encouraged the emergence of stablecoins. That means that $100, whether it is in a cryptocurrency or not, will still be worth the same amount at the end of today or the end of tomorrow. As a matter of fact, a stablecoin that is either increasing in value or decreasing in value would generally be seen as failing in its declared objectives.

Currently, stablecoins that have a pegged value to the U.S. dollar are most commonly used due to the current financial system. Other commodities like gold or even cryptocurrencies seem to be the next most popular stablecoins when they are pegged to other fiat currencies, such as the Euro, the GBP, or the IMF’sIMF’s SDR. A known example is Wrapped Bitcoin.

According to CoinMarketCap, there are ten stablecoin in the crypto market in the list of top 100 stablecoins by market cap. These stablecoins are:

Here is a brief about each stablecoin and the story behind it.

The USDT stablecoin, issued by Hong Kong-based company Tether (USDT), is a stablecoin that is pegged to the price of the U.S. dollar. To maintain the USD token’s peg to the dollar, the USDT team maintains a sum of commercial paper, fiduciary deposits, cash, reserve repo notes, and treasury bills as reserves, which are equal in USD value to the USDT tokens in circulation.

This stablecoin was introduced in July 2014 as Realcoin, a second layer coin based on the Omni platform built over Bitcoin’sBitcoin’s blockchain. It was renamed to USTether, then USDT. The USDT coin was updated later on to work with blockchains such as Ethereum, EOS, Tron, Algorland, and OMG, in addition to Bitcoin.

It is a stablecoin that has its value set to be pegged 1:1 to the U.S. dollar and is known by the ticker USDC. USDC is the product of regulated financial institutions, according to the Centre consortium, which owns this asset.

The USDC is backed by short-term U.S. government bonds and cash, as collateral, in order to maintain its stable value of $1. There is a dollar of collateral for each USDC token in circulation.

Not only will stablecoins like USDC act as a safe haven for crypto traders in times of volatility, but they will also open up opportunities for businesses to accept digital assets as payment and will even shake up industries such as the decentralized finance industry and gaming.

The introduction of USDC is part of a broader effort to build an ecosystem in which as many wallets, exchanges, service providers, and decentralized applications can accept USDC as possible. 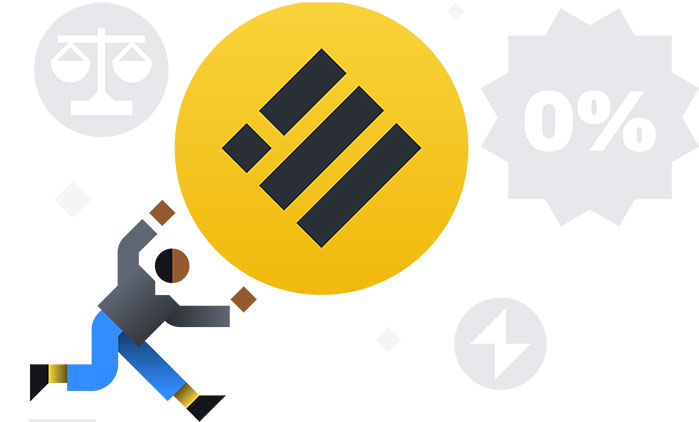 This is the Binance USD (BUSD) stablecoin which has been issued by Binance (in partnership with Paxos). BUSD is a stablecoin regulated by the U.S. government, and it is completely backed by U.S. dollars: 1 BUSD is equal to $1.00 U.S. BUSD will be backed entirely by U.S. dollars backed by FDIC-insured banks.

Growing adoption by users of wallets, platforms, and other services, as well as DEXs and CEXs, has been one of the main reasons for this growth.

DAI is an Ethereum-based stablecoin that is managed by a decentralized autonomous organization (MakerDAO) that manages the production and development of the currency.

Every time a new DAI is issued, it is collateralized by a mixture of cryptocurrencies that are deposited into smart-contract vaults that are indexed to the U.S. Dollar each time DAIs are issued.

Developed by the CEO and co-founder of TrustToken, Rafael Cosman, TrueUSD is a stablecoin launched by the parent company TrustToken. The TrueUSD stablecoin is a U.S. dollar stablecoin pegged to the dollar at a 1:1 ratio. TrueUSD was initially launched in January 2018 to a limited investor base. Since then, TrueUSD has grown to incorporate almost $400 million worth of backed tokens by April 2020.

Pax Dollar was established in September of 2018 and is a flat-collateralized stablecoin.

In order to be able to participate in the Pax Dollar program, you are required to hold USD held in bank accounts owned by Paxos via ERC-20 tokens on the Ethereum blockchain and be collateralized 1:1 with USD from those accounts.

The Neutrino USD (USDN) stablecoin, created with the Neutrino protocol, is an algorithmic stablecoin that is pegged to the USD. The USDN is collateralized by the WAVES token, which in turn reduces the spread on USDN.

There are a number of protocols that can be applied to the creation of stablecoins tied to real-world resources or cryptocurrencies, according to the Neutrino Protocol, which is an algorithmic price-stable assetization protocol. The Neutrino protocol is comprised of a collection of intelligent contracts interconnected by an exchange interface written in Ride and deployed on a blockchain-based on Waves.

USDD aims to maintain a price that closely resembles the U.S. dollar. This is achieved using an algorithm that encourages arbitrage traders to trade TRX, Tron’sTron’s native token, and USDD.

When a stake in USDD is made, you will be able to obtain an interest rate as high as 30% (more than that of UST) through the Tron DAO, which is helping to administer the USDD.

There is a DeFi native algorithmic stablecoin called the Fei protocol. It is the intention of Fei to provide a technological solution in the sweet spot between rigid overcollateralized decentralized stablecoins and central bank-issued stablecoins. A large part of FEI’s funding comes from the Ether. However, unlike DAI, FEI is collateralized by a protocol-controlled reserve of value (PCV). Along with its emphasis on liquidity, it does not put an excessive amount of money into collateral.

It operates on two crypto assets: FEI, a stablecoin using FEI, and TRIBE, a governance token based on TRIBE.

The project was funded by a crowdfunding campaign in December 2020. In the early days of March 2021, it led to V.C. investment of $19 million. The project has already gained the support of Andreessen Horowitz (a16z), Coinbase Ventures, Nascent, and Framework Ventures, among others.

As a broader issue, stablecoins have been instrumental in getting cryptocurrency integrated into the conventional financial system. Thus, cryptocurrency is no longer running on a parallel track anymore, making it more likely that both sides of the economy can feel the effects of economic shocks.