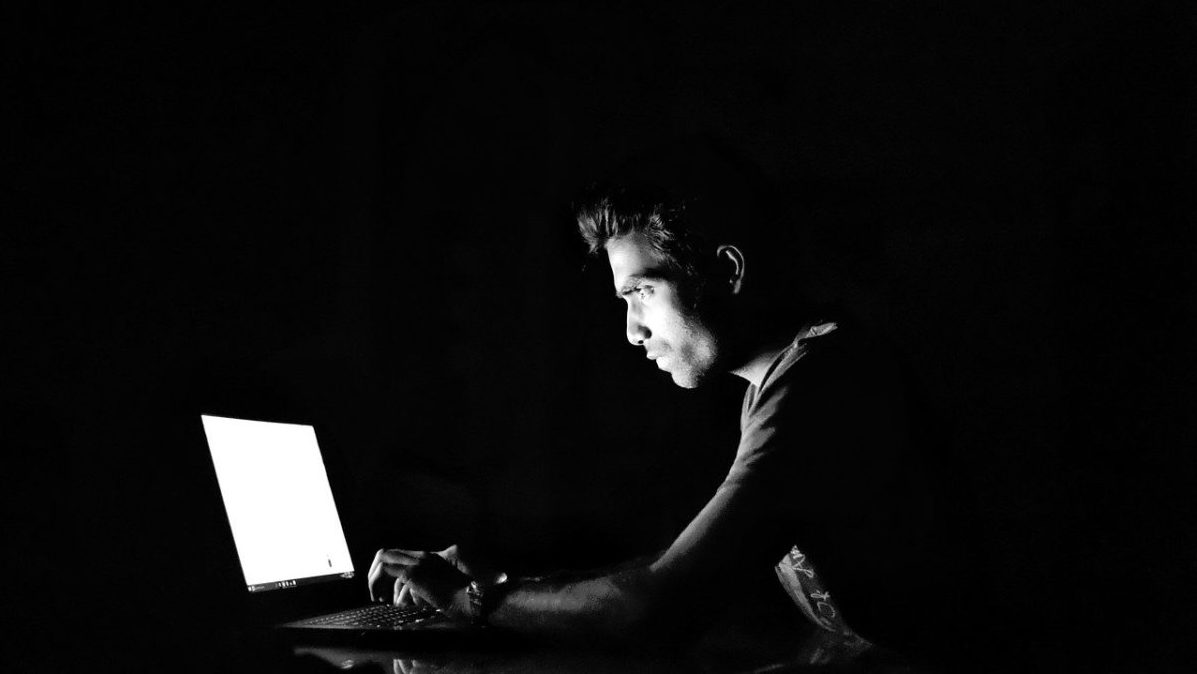 Solana’s (SOL) blockchain efficiency reportedly suffered a blow yet again by a distributed denial of service attack (DDoS) in the last 24 hours. However, the network, which seemed to have been choked by the attack, remained online.

For the uninitiated, a DDoS attack involves a series of online connected devices, collectively known as botnet, which are used to swamp the target website with fake traffic.

The isn’t the first time, the blockchain was hit by a similar attack. In September this year, the network had suffered a 17-hour outage due to mass botting activity for an initial DEX offering (IDO) on Solana-based DEX platform, Raydium.

Blockasset, which happens to be a Solana-based NFT asset, called attention to the latest attack on 9th December 2020 around 3 pm UTC.  The non fungible tokens platform had stated,

“We are aware tokens are taking a long time to distribute. The Solana chain is being overloaded with DDoS attacks which have clogged the network causing delays.”

Shortly, thereafter, GeneysGo, a Solana-focused infrastructure firm had also reported the attack. As per the firm’s official Twitter handle, it stated that the disruption caused by the attack overwhelmed the network’s performance of processing transaction requests.  Nevertheless, the blockchain service provider had asked users not to lose their peace and had ascribed the situation as, ” growing pains.”

However, the nature of the DDOS attack remains unclear as Solana foundation hasn’t confirmed anything yet.  Although multiple Twitter accounts adduced the outage. Verbit CEO, Roy Murphy was quoted saying that the blockchain had totaled again and seemed to be offline. 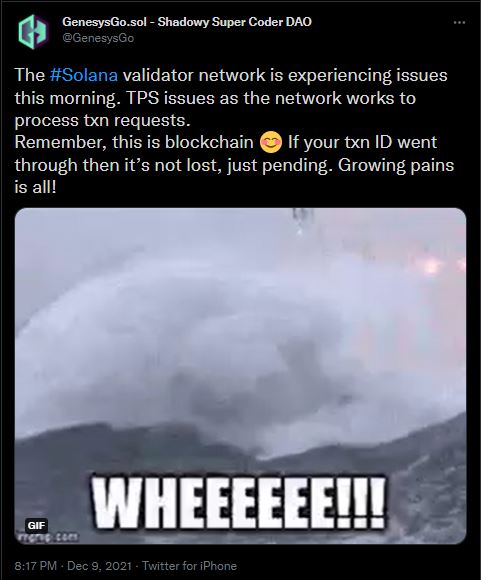 According to Solana’s subreddit, the network disruption was caused due to another IDO launch on Raydium. One of the users, “Psilodelic” posted saying,

“Why do Raydium IDOs clog the Solana network and what is being done about this?”

They even raised concerns about the blockchain’s waned performance during high volume activity connected to Raydium IDOs. As per the user, all the downtime in the past 6 months, including the global 17-hour disruption  was because of the launch of the DEX.

One of the group’s moderators, “Laine_sa”, however didn’t affirm if the disruption caused was associated with Raydium but commented that there have been concerted “stop-gaps” placed to keep Solana online since the September attacks, and added,

“Right now there’s a stop-gap in place that prioritizes vote transactions to prevent a full crash, there are additional changes to compute limits and fees relating to this in the works but it’s not a quick fix that can be rolled out in a few weeks which is why it’s taking time. It’s being looked at however.”