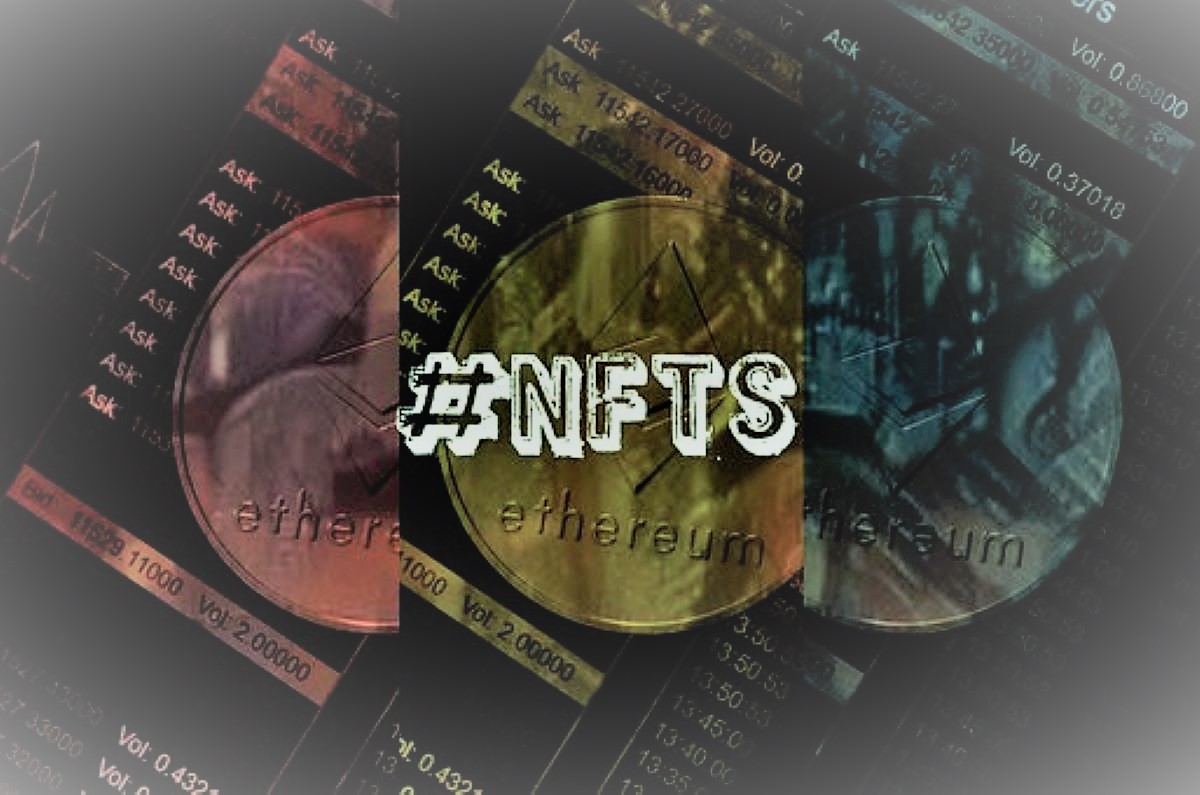 Non-Fungible Tokens (NFTs) started to become a household name in early 2021, when a few sold for millions of dollars, drawing public attention. Since then, the general public, and crypto-enthusiasts have kept an eye on the digital asset class as the entire NFT space grows exponentially. While some are genuinely curious about storing digital artwork, it is the exorbitant price tag on most NFTs that has kept a good portion of the general public interested.

The term ‘non-fungible’ means a means of exchange whose economic value cannot be interchanged. American dollars are fungible because one may be interchanged with another; yet van Goghs are non-fungible because each is unique, despite many counterfeits existing out there. By being ‘non-fungible’. NFTs, embody scarcity. They exist to ensure that digital pieces of work remain unique, authentic, and one-of-a-kind assets in the virtual world, which makes them valuable.

The expanding global NFT market has been estimated by JPMorgan Chase to be worth approximately $7 Billion dollars, never mind the fact that many people are still baffled that a digital file that anyone could copy and save, would go for $69 Million.

Considering NFTs represent certificate tokens acting to authenticate the ownership of digital property, it is not uncommon now to see NFTs being used for video games, music, digital cards, or any other collectors’ item in a file format that lends itself to storage as a block of data on the NFT blockchain.

Being that they are built on the ETH blockchain, NFTs also seamlessly lend themselves to Cryptocurrencies, which is also how all NFT transactions are fulfilled. Once completed, every transaction per NFT appears on a public blockchain which also indicates the previous ownership record and the bid history of the NFT.

The creator of an NFT today earns a much larger percentage of earnings from the art in secondary markets than an artist would in traditional art markets. This is because the blockchain technology that powers NFTs can be supplemented by a smart contract on-chain, which could automate future payments to the originator of the artwork, as a percentage of that future sale price.

Although both the traditional art market and the NFT market rely on the same things to drive demand, the NFT artist ends up being compensated way better than the traditional artist. Both types of art prices will be driven up by; level of scarcity of the piece, the socio-reputational profile of the artist, and the actual content of the piece of art.

With the NFT art market, however, the creator of an original piece of work can have it such that they receive a portion of the future payments every time the work of art exchanges owners. That this feature does not exist in today’s traditional art markets is in itself one of the value propositions of NFTs.

What makes an NFT valuable?

Everyone knows how many NFTs of a particular kind are dropped, which places a premium on whoever owns any of them. The fact that a project drops 10,000 crypto punks, for instance, means that you’d be one of only 10,000 people with pieces of that collection, in the world. Scarcity. 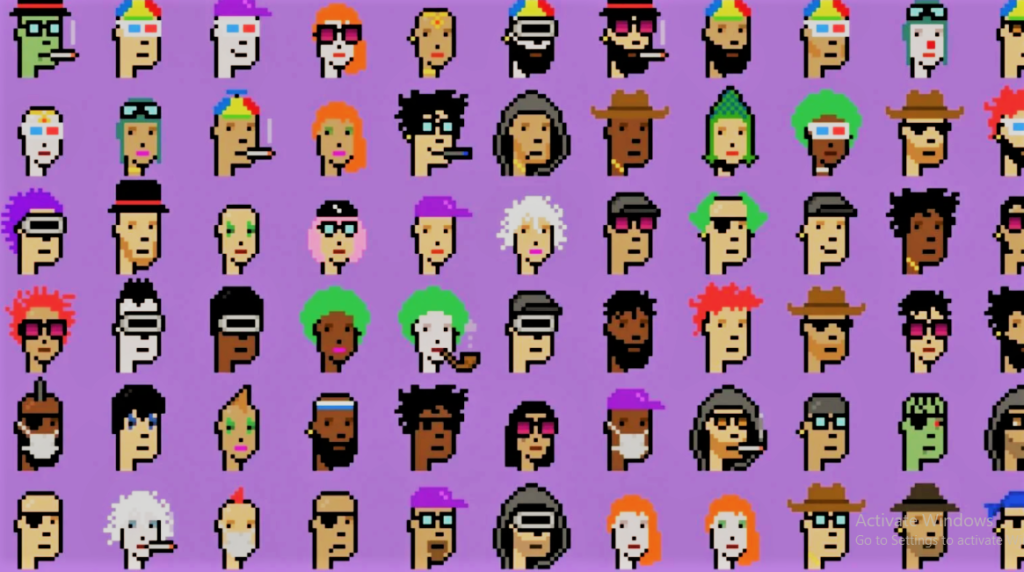 Every NFT is an indisputable original. The blockchain contains records that authenticate every NFT’s originality.

Some NFT enthusiasts have explained the high prices by way of blockchain technology, citing the ability to sell to anyone in the world, opening the artwork to basically a global market pool.

Blockchain ownership additionally proves ownership of the NFT, fusing together authenticity and scarcity in a potent combination for any piece of art. This is the reason why NFTs can be applied to a range of uses like; to generate revenue, as a store of value, or to be exchanged for physical assets.

The smart contracts deployed with every NFT on the blockchain makes it such that the metadata and code of all previous ownership and transaction records cannot be changed.

In this combination, NFTs are a powerful incoming digital asset class that is worth paying serious attention to.

However, even within the NFT ecosystem, some NFT collections have performed way better than others. A decent number of NFTs have fetched solid prices at the marketplaces in which they are listed, yet some went ahead to fetch millions of dollars. The vast majority are however worthless and will not mean much to the greater NFT market. A group of researchers from the Alan Turing Institute confirmed this phenomenon by underlying a few factors that contribute to the success of any NFT collection/project.

Factors Determining the Success of an NFT Collection/Project

This is perhaps the most significant of these three factors, exemplified by the Cryptopunks Collection. On every given Cryptopunk in the collection, you can view a history of the transactions, offers, bids made, and the previous owner records. Considering the level of success that this NFT drop has had thus far, it is reasonable to expect that any future projects or collections released from the same creator would do similarly well, if not better.

2.       The social networks of the buyers and sellers of the NFT

NFTs exchanged between more popular traders and public personalities will tend to fetch higher prices than those traded amongst people with much smaller social profiles. It is also plausible that the explosion of native crypto communities has led to the corresponding explosion of the NFT markets and communities. Besides, traditional art institutions like Christie’s have lent some sort of credibility to the NFT markets by participating in auctions and purchases of famous pieces of NFT artwork like Beeple’s ‘Everydays’.

It matters how the NFTs look like and how much excitement they are able to generate within the community. The Covid pandemic might have contributed to this factor, being that more people than ever before have been plugged into visual spaces working from home, and thus perhaps have developed the ability to appreciate the value of digital goods and services.

Like every other blockchain technology, adoption by the mass market is the key factor likely to underpin the growth and stability of the NFT markets. The general public and traditional investors need to get more comfortable with the idea of virtual art on the blockchain before the mass adoption rate grows in any meaningful way.

To reiterate, NFTs are priced highly because they bring to the consumer internet something that has lacked since the dawn of the digital revolution; authenticity and scarcity. Through NFT blockchain technology, we can now verify original pieces of digital art in an ocean of digital counterfeits and copies. As the wave proliferates further into other digital realms, more types of artists and craftsmen will continue to benefit the most from their creations. For now, it is the turn for virtual real-estate, with buyers forking out large sums for pieces of real estate in virtual worlds like Decentraland, SuperWorld, and the Axie Infinity gaming platform.