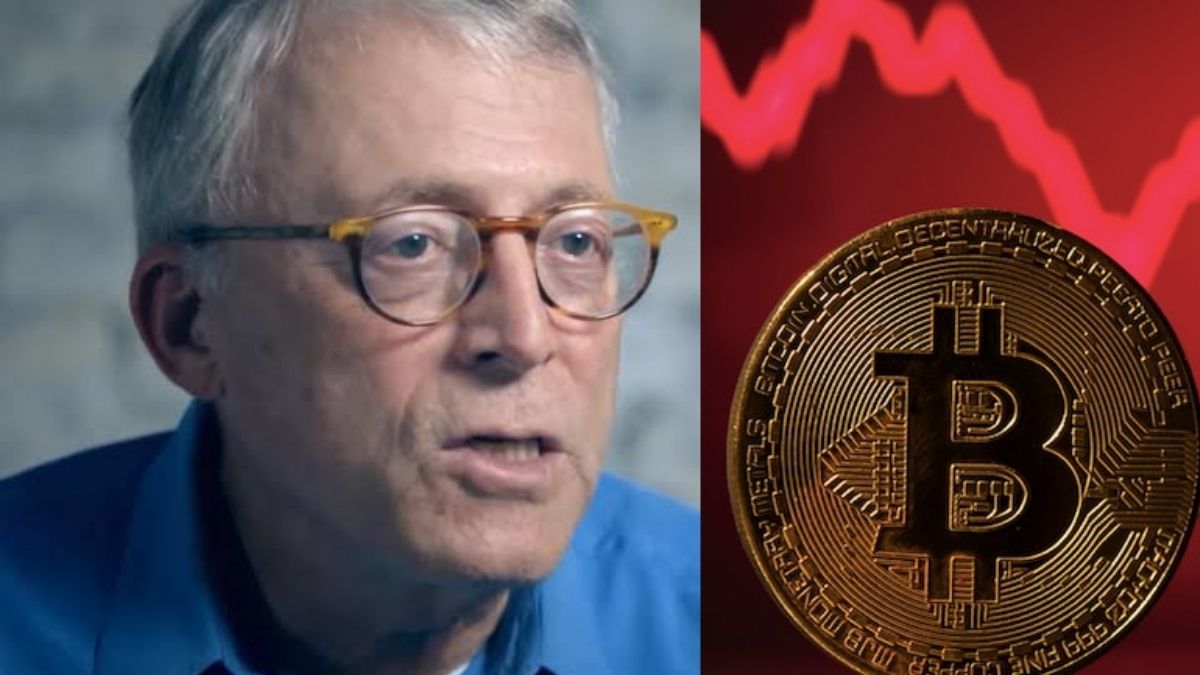 The Crypto market dip is definitely scary to some but Veterans in the community stay very positive about what the market can bring in a short time.

Veteran trader Peter Brandt recently claimed that Bitcoin, the world’s largest cryptocurrency, might wind up below $27,000 as a local bottom.

A large increase in volume, according to the popular chartist, implies that traders are capitulating. On Thursday, the largest cryptocurrency fell below $27,000, hitting an intraday low of $26,970 on the Bitstamp platform.

According to Brandt, the Terra calamity has now spread to “trustworthy” Bitcoin. According to U.Today, Terra’s LUNA, which was once one of the most valuable cryptocurrencies with a market valuation of over $40 billion, plummeted to nearly zero in a single day, sending shockwaves through the cryptocurrency market.

“This is the type of volume spike that can indicate puke-out capitulation and the beginning of the end of the one-year decline. Can the carnage continue? Anything is possible — and that includes a local bottom.”

This is the type of volume spike that can indicate puke-out capitulation and the beginning of the end of the one-year decline. Can the carnage continue? Anything is possible — and that includes a local bottom. I've mentioned 27,000 area as possible low, and that could be $BTC pic.twitter.com/FnzDn1PHgs

Tone Vays, a seasoned veteran trader, predicts that traders and investors would panic and liquidate their Bitcoin (BTC) holdings in the next few days. The rumors seem to have gained traction thanks in no small part to both firms’ recent entrance into crypto.

Vays tells his 121,000 YouTube viewers in a new strategy session that the monthly and weekly charts both look bad as Bitcoin struggles to stay above the crucial psychological milestone of $30,000.

“It is very likely that next week we’ll have our capitulation. If we go to the low $30,000 range… That could be a nice buying opportunity. But that buying opportunity is still more likely to just get back to $37,000 and then make another new low later this summer. It’s just not a very good-looking chart.” Vays said.

Vays also claims he’s keeping a careful eye on the momentum reversal indicator (MRI), a tool that predicts trend continuations and reversals based on the price momentum of an asset. According to the MRI, bearish momentum will prevail for the next three months.

The $176 billion cryptocurrency subgroup, which aims to compensate for crypto’s famed volatility by using more stable assets like the US dollar or maths, increased the stakes of the stablecoin collapse. The fall was referenced by US Treasury Secretary Janet Yellen when she asked for stablecoin regulation before the end of the year.

Recently, Vays predicted that BTC will likely bottom out in November this year at around $25,000.

Bitcoin’s price has fallen in lockstep with technology equities. The Nasdaq 100 index is down 26.67 percent this year, marking its worst year ever.

The Federal Reserve, which supported the recent bull market with its liberal monetary policies, has suddenly reversed course with aggressive monetary tightening.

Atlanta Federal Reserve President Raphael Bostic stated earlier this week that three more rate hikes are possible in 2022.  The Fed is unlikely to modify its trajectory in the near future, based on recent inflation readings that were slightly higher than analysts predicted.