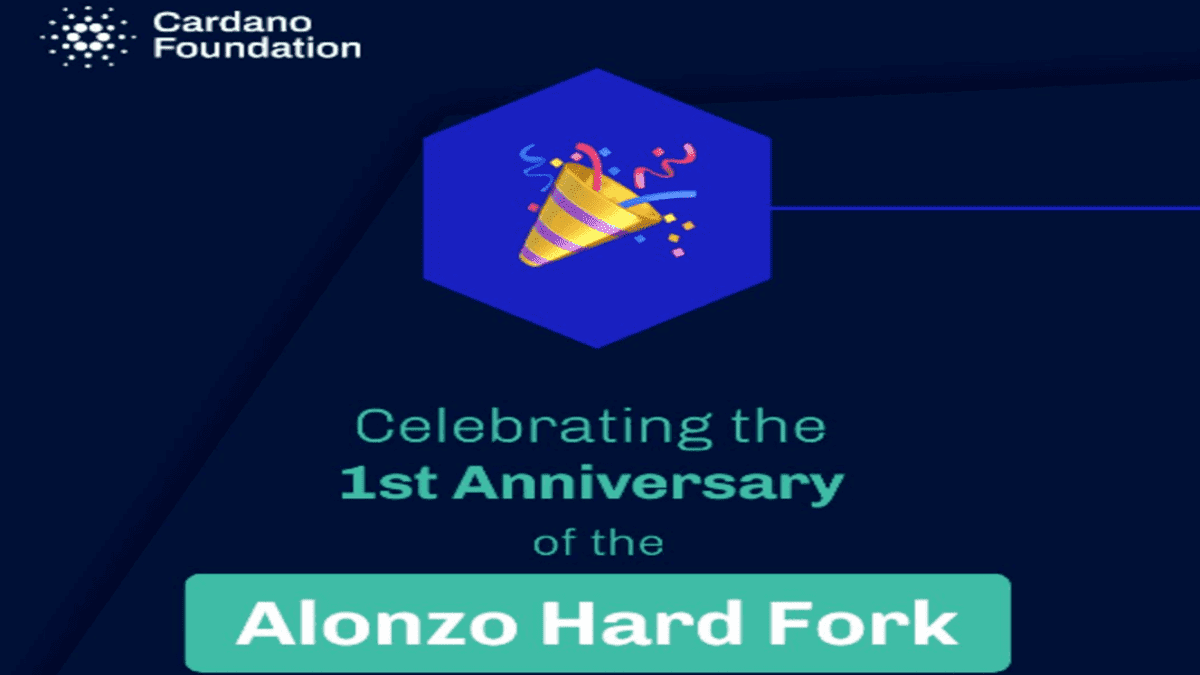 The Cardano Foundation commemorated the first anniversary of the Alonzo hard fork on the Cardano ($ADA) mainnet on Monday, September 12.

The development of Cardano is supervised and managed by the Cardano Foundation, a free-standing non-profit organization, and Swiss-based. It is the legal custodian of the Cardano brand, and it collaborates with IOG and EMURGO to ensure that Cardano is being developed and promoted as a secure, transparent, and accountable solution for positive global change.

Furthermore, the Cardano Foundation sets the direction for decentralized economic empowerment, working with regulators in different jurisdictions to shape blockchain legislation and commercial standards. In addition the Cardano foundation empowers the Cardano community to leverage the Cardano protocol to solve real-life problems.

In a blog post that was published on September 12 2021, Tim Harrison, VP of Community & Ecosystem at IOG, the blockchain technology business that is spearheading Cardano’s R&D, said on that day; IOG delivered Plutus smart contract capabilities to the Cardano mainnet through a hard fork combinator (HFC) protocol upgrade event.

In addition, Alonzo became live on the Cardano mainnet at 21:47 UTC on September 12, 2021. Harrison said that the “Alonzo” update would allow smart contracts to be used on Cardano. This will be the first time decentralized apps (DApps) can be used in new ways.

The Perks of the Vasil Update

In any case, the Cardano Foundation announced its plans to celebrate the one-year anniversary of the Alonzo protocol change yesterday.

The message continued by stating that over 3000 Plutus scripts, essentially smart contracts, had been contributed to the Cardano blockchain since the Alonzo HFC event took place on the Cardano mainnet. In addition, it was claimed that almost 30% of different sorts of transactions use smart contracts, and the volume is continuing to rise.

The Cardano Foundation has listed the main benefits of the Vasil upgrade, which will be placed on the Cardano mainnet on September 22 as planned. These include scalability and optimization, better support for the growth of decentralized applications (DApps), a higher network throughput, and support for layer-2 capabilities.