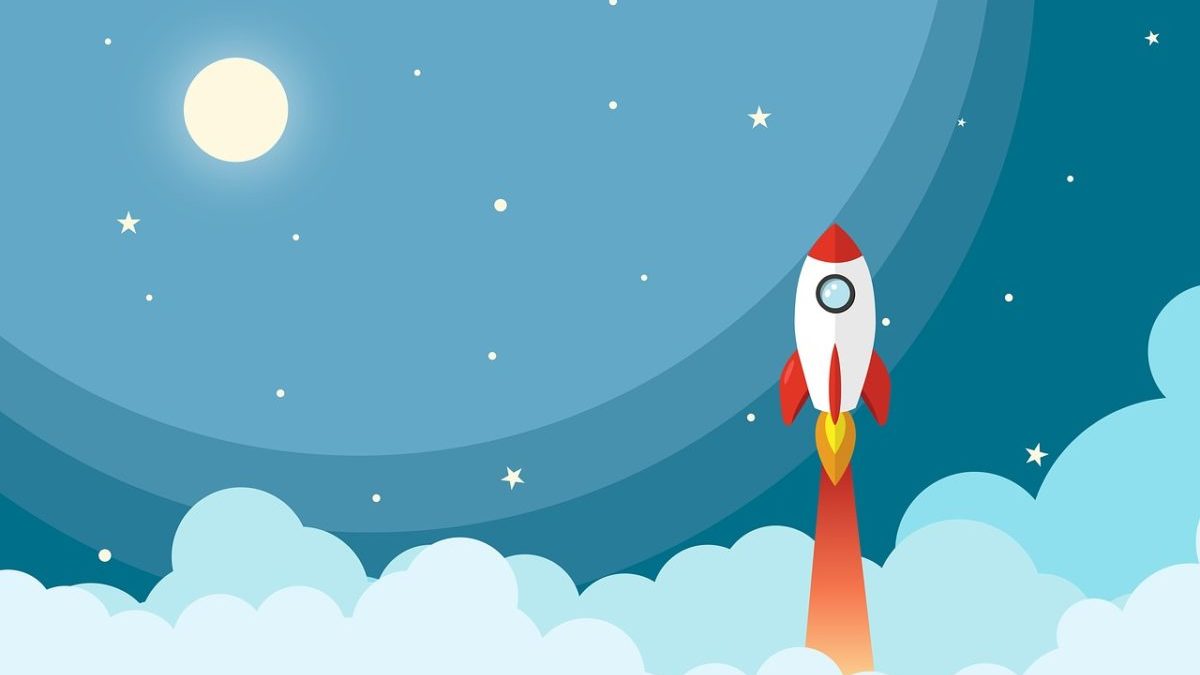 ApeCoin (APE), the governance token in the APE ecosystem, registered an explosive rally surging past 30 per cent over the past 24 hours. The utility token of the flamboyant NFT project, Bored Ape Yatch Club (BAYC) continues to balloon signaling the intention to move higher.

The global crypto market witnessed an upswing over the past one day increasing by 1.78 per cent to $1.92 trillion. However, the total crypto market volume over the last 24 hours has come down to $83.85 billion, which makes a 5.29 per cent decrease. Several altcoins and stablecoins rose today as the broader cryptocurrency market climbed along with the broader stock market.

According to CoinMarketCap, ApeCoin (APE) has zoomed past 29.69 per cent and is currently floating at $16.12. Over the last 7 days, ApeCoin has rallied 32 per cent with a live market cap of $4,613,728,202. The token has been showing a major bullish run that forecasts investors can expect APE to grow by more than 22 per cent. 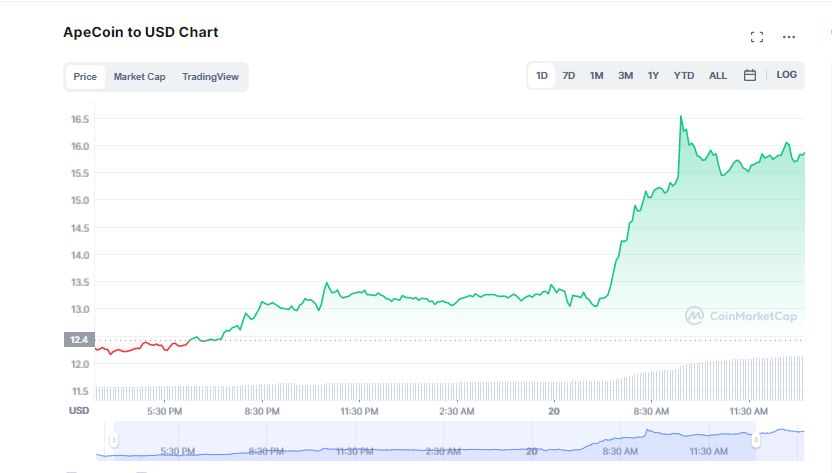 ApeCoin prices were showing a downtrend since its peak at $17.46 on March 18. The newbie cryptocurrency failed to regain its value and crashed more than 31 per cent plummeting to around $15.58. APE tried to rally again in the month of April but failed again due to the prevailing market conditions. The digital token went on a 4 day drop producing lower highs. But over the last 24 hours, ApeCoin surged by more than 30 per cent putting an end to the low streak.

Why Is Apecoin Surging?

As per data from crypto whale-tracking resource, WhaleStats, APE has become the fifth-most purchased token by ETH whales over the past 24 hours, with an average $63,500 worth of tokens moved in each transaction. ApeCoin is getting a tremendous amount of buying pressure with the support for APE/USD is present at $13.3. The Bulls seem to have covered a good upwards range from $13.3 to $16 taking the bar higher, and $18 seems to be their next target.

It is noteworthy to mention that as ApeCoin is racing higher, the volatility is also increasing. The upper limit of the volatility indicator, the Bollinger band, represents technical support for APE at $14.4, as the price is trading above the upper band, and the lower band has moved down to the $9.7 mark.