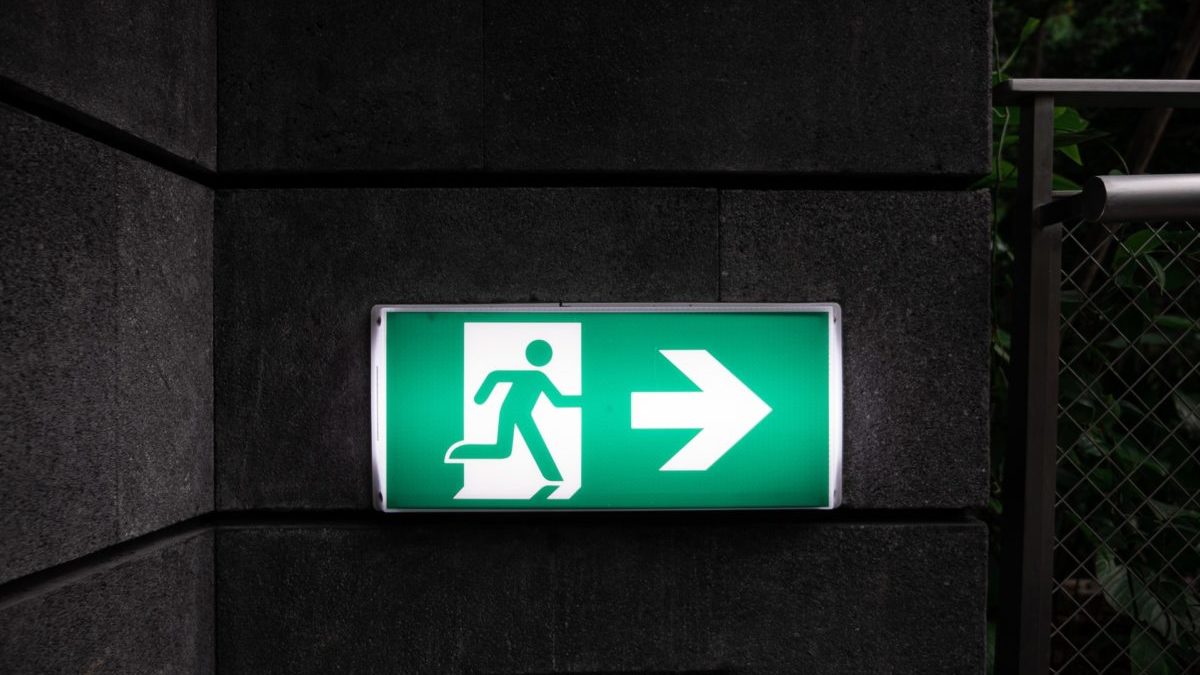 Joseph Delong, CTO of SushiSwap has tendered his resignation on December 9th, 2021. Years of corporate infighting has resulted in the departure of the exec.

The resignation comes after a fresh spat between the exec of the popular decentralized exchange (DEX) SushiSwap and other developers. 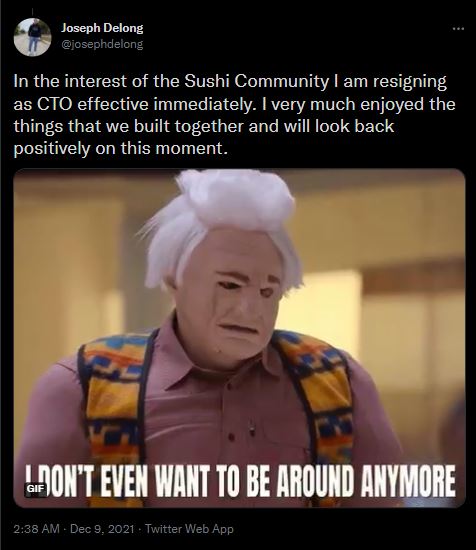 Slew of exec exits on SushiSwap

This isn’t the first time, the DEX has been at the receiving end of a controversy involving its core members. In fact, troubles began months after it was launched.  It all started with the departure of SushiSwap’s pseudonymous founder, Chef Nomi who was axed for selling off $14 million of Ether which apparently was kept aside as development fund.

More recently, its core contributor known only as 0xMaki also announced stepping down from his position to focus on broader DeFi ecosystem. However, an anonymous community member had claimed that the exec was actually forced to quit the platform by a, “Circle of power” that consisted of Delong and other developers.

While the ex-CTO went on to refute the claims quoting them as, “absurd allegations,  a group of members from SushiSwaps’s telegram group leaked a screenshot hinting otherwise.

In reality, Joseph Delong, threatened to quit if the core growth crew was not accepted by the Sushi group. He was quoted saying,

“If you don’t give us the autonomy to proceed operations, the potential to type management, and improve compensation throughout the board I’ll depart.”

Post this predicament, the executive had printed a government proposal that asked for all crew members, apart from him, to be compensated with 200,000 SUSHI from the project’s funds. Unfortunately, this did not go well with the community members and was ultimately dismissed.

In order to control the situation, SushiSwap released a statement admitting that the decentralized structure had messed with team management.

Delong, in his departure announcement, said that the project should install a C-suit from outside the DAO. This would in the future help in effective management of the team. He also said,

“I want Sushi the most effective and am saddened that Sushi is so imperiled inside and with out. The chaos that’s occurring now could be unlikely to end in a decision that may depart the DAO as far more of a shadow than it as soon as was with no radical structural transformation.”

Sushi was planning for a major upgrade, Trident which will include a variety of automated market maker (AMM) models. Its primary product is currently a fork of Unisap v2 which is deployed on various chains. Now with Delong’s exit, the timeline for the launch of Trident is unclear.