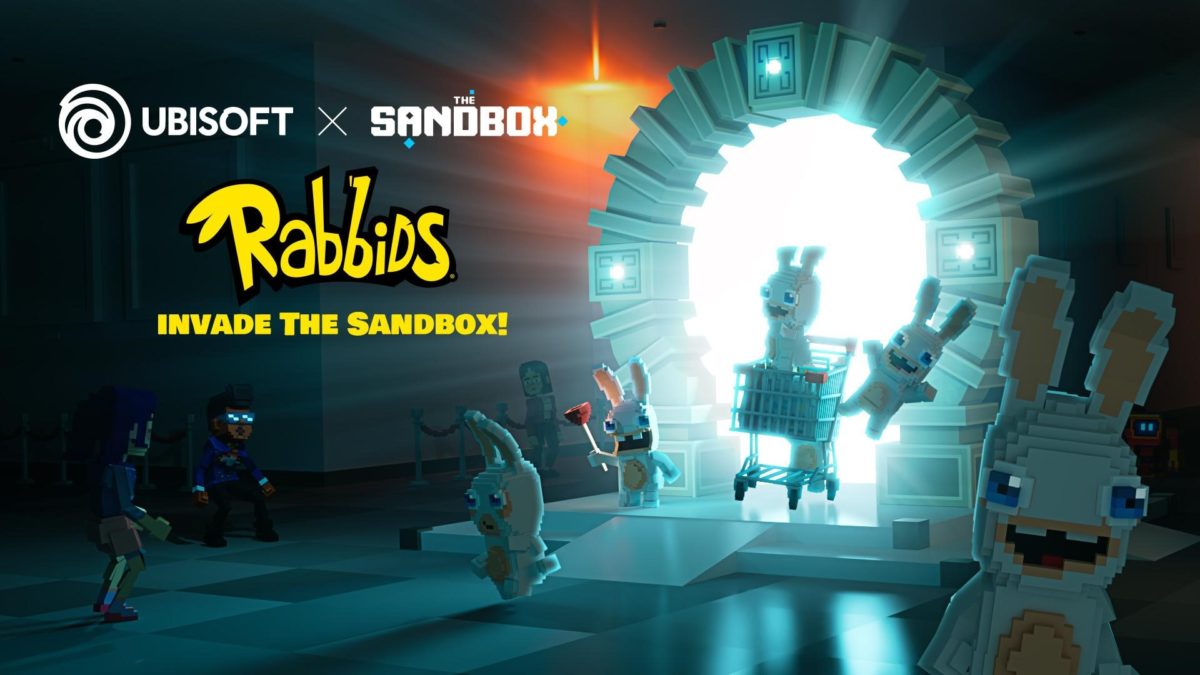 Ethereum-based virtual world, The Sandbox, has just partnered with gaming behemoth, Ubisoft, to introduce Ubisoft “game IP elements” to its gaming metaverse. On February 8, The Sandbox announced a strategical partnership with Ubisoft to bring the Rabbids characters –  developed by Ubisoft, in a bid to offer interactive experiences to its users.

We are delighted to bring this new partnership with @Ubisoft, allowing anyone to create their own experiences with the Rabbids franchise in the Open #Metaverse!

As per the official blog post, the French gaming giant, Ubisoft will have its own LAND plot in The Sandbox’s shared online world. The gaming company plans to launch its interactive space in The Sandbox with its rabbit-like alien creatures called Rabbids franchise that users can utilize within the game’s VoxEdit and Game Maker tools.

Sebastien Borget, COO and Co-Founder of The Sandbox who seemed quite enthusiastic about the partnership said that Ubisoft has always proved its ability to stay at the forefront of innovation and established its reputation by launching successful franchises and IPs. He went on to add,

“We’re proud to help it bring the Rabbids, an IP that players already love, and empower its community of fans to create fun experiences and their own original adventures in The Sandbox. We welcome Ubisoft into the open Metaverse as we work together to create new possibilities for players, fans, and creators with blockchain and web3.”

Ubisoft has been trying to gain a foothold in the crypto and NFT space. Last year, the gaming developer had announced, Ubisoft Quartz, a new platform for players to acquire Digits, the first NFTs (Non-Fungible Tokens) playable in an AAA game and running on energy-efficient technology. Guillaume Mammi, Ubisoft’s Senior Manager of New Business and Partnerships remarked that this partnership will prove to be great opportunity for Ubisoft to experiment a metaverse experience for its brands. He said,

“We’re excited to bring the Rabbids to The Sandbox community and to empower players to create their own original experiences incorporating elements of our gaming IP. We can’t wait to see how they make the Rabbids’ world their own.”

The Sandbox Is On A Roll

The open metaverse platform had also partnered with Warner Music to create a music-themed world in the metaverse. Additionally, The Sandbox which is a subsidiary of Hong Kong-based Animoca Brands has sold virtual land to various parties, ranging from The Walking Dead to Snoop Dogg.