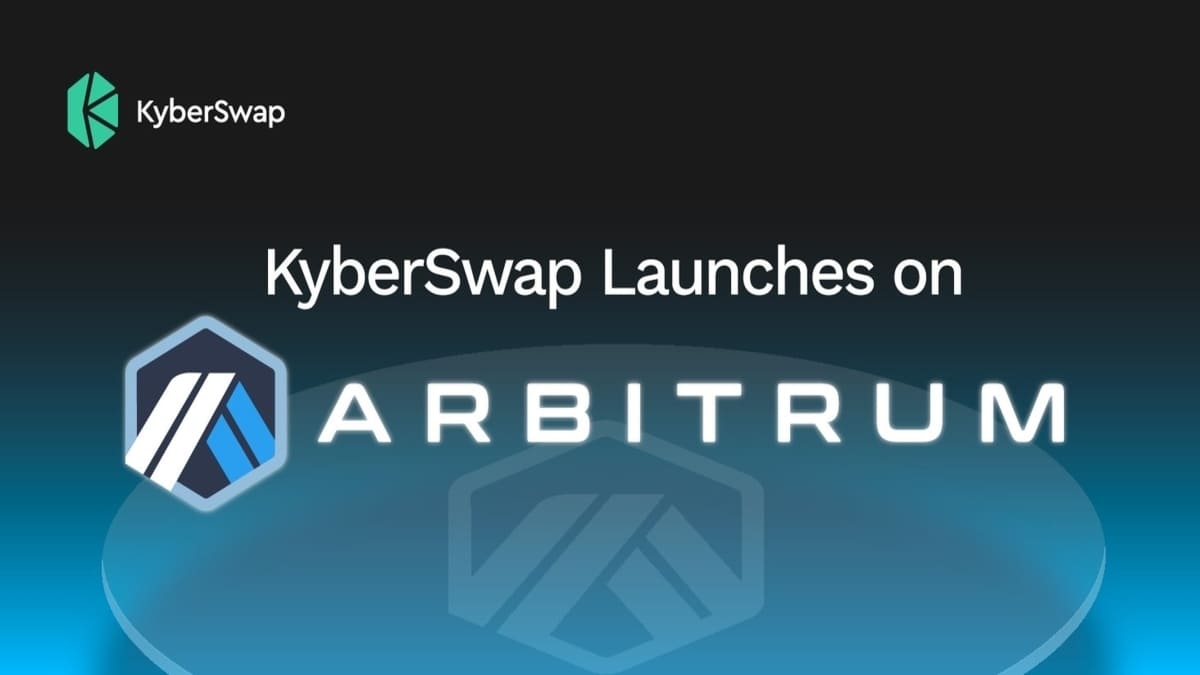 As per reports, multi-chain decentralized exchange (DEX) aggregator and liquidity protocol, KyberSwap, has recently launched an integration with Arbitrum network, a scaling solution for DeFi apps developed by Offchain Labs.

Ethereum’s high gas fee has been a concern for many, and is a key hurdle in the platform’s scaling ability. According to Ethereum network tracker Etherscan, the average cost of a transaction on Ethereum (ETH) is now fairly low at 28 gwei ($1.48), but fees can skyrocket to over $100 during moments of congestion.

Ethereum’s existing gas prices respond to the relatively limited number of transactions that one can facilitate using a single block. Miners, in such a scenario, can choose the highest-priced transactions as their priority, so the result is an increase in effective gas prices. To counter this issue, KyberSwap has planned to expand to the Arbitrum Network to trade tokens at faster speeds and with lower costs.

According to L2 data aggregator, L2 Rates, gas fees on Arbitrum range from $0.50 to $0.69. With this move, Kyberswap has joined the likes of Ethereum (ETH), Polygon (MATIC), Fantom (FTM), BSC (BNB), Avalanche (AVAX), and Cronos (CRONOS) as the seventh network or scaling option. KyberSwap aims to be the best place to trade all Ethereum tokens.

How is Arbitrum Faring?

The new venture has helped catapult the Total Value Locked (TVL) on Arbitrum end a five-day decline, in addition to daily users and trading volume. According to layer-2 (L2) ecosystem tracker, L2Beat, the current TVL on Arbitrum is $3 billion which is by far the most popular L2 network, with dYdX coming in second with $965 million in TVL. Victor Tran, CEO and Co-Founder, Kyber Network who seemed quite enthusiastic about the partnership stated,

“With decentralization comes challenges of scaling, and solving for congestion, gas fees and slippage bring us closer to a truly seamless decentralized economy. This partnership between KyberSwap and Arbitrum is a big step forward towards creating the most user-friendly experience for users, as well as robust and highly extensible trading API for partners.”

Last week, Offchain Labs developed, Arbitrum Network was the only L2 to witness net growth in users by new addresses, outpacing BNB, Ronin, and other well-known L2 solutions. In the last week of February, there were 46,200 total unique addresses on Arbitrum, up 12.7 percent from the previous week.