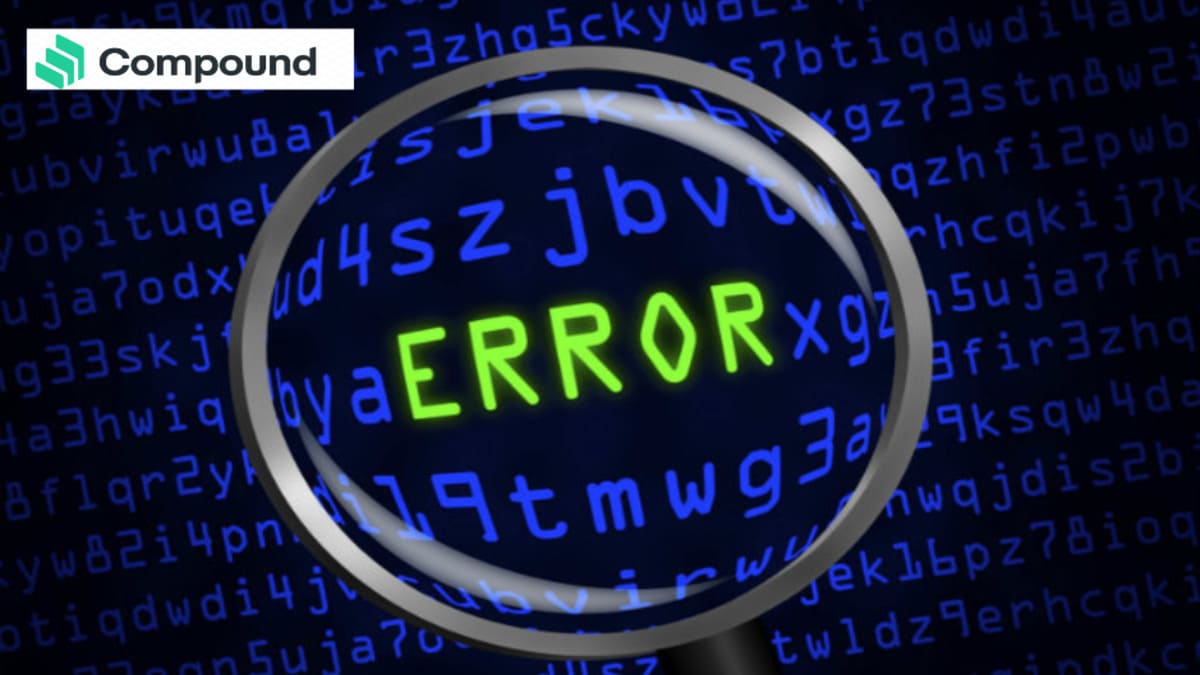 Compound has assured its customers that their assets are safe and that it would take seven days to implement a remedy plan.

Due to the discovery of a problem in governance proposal 117, which was intended to enhance the protocol’s price feeds, DeFi protocol Compound (COMP) was forced to freeze the Compound ETH (cETH) market temporarily.

According to a thread posted on Twitter on August 30th, the error caused “transactions for ETH providers and borrowers to reverse.”

An hour ago, Proposal 117 was executed, which updated the price feed that Compound v2 uses.

This price feed, while audited by three auditors, contained an error that is causing transactions for ETH suppliers and borrowers to revert.https://t.co/a2DFk7h0ET

The group has said that their members’ “funds are not immediately at danger,” They have also mentioned that their interface is temporarily inaccessible because of a “price disparity.”

According to Robert Leshner, Compound Lab’s CEO, users in danger of liquidating their accounts may still contribute ether collateral. He said

In order to modernize the oracle contracts on the loan protocol and bring them up to date with the latest version, which uses Uniswap V3 rather than V2 for price feeds, proposal 117 was developed. On behalf of ChainLink, GFX Labs submitted the proposal.

OpenZeppelin, Dedaub, and ABDK all performed project audits, but none discovered the problem.

The Bug, Its Implication, and Solution

The “getUnderlyingPrice” function was found to be the issue’s root when an update to OpenZeppelin was applied. Oracle’s update was based on the assumption that the cETH market would contain this feature, but the market did not have it.

Every time the function is invoked, it sends back a string of empty bytes, which causes transactions to be rolled back.

According to what OpenZeppelin wrote,

“The primary issue right now is a temporary denial of service for the cETH market, which will be resolved by the new governance proposal. No funds are at risk at this time. The rest of the cToken markets on compound V2 and all of V3 remain functional. “

Read the following post for details on a Compound incident we are working to resolve for the cETH market. A fix is already underway and no funds are at risk at this time. The rest of the cToken markets on Compound V2 and all of V3 remain functional.https://t.co/CiSE3a99Wa

Further, based to the information that is currently accessible, GFX Labs sent in proposal 119 to roll back the update a little over half an hour after they discovered the fault.

Following a governance procedure that would last for seven days, the proposal would be approved and put into action.

In the meantime, it seems that the flaw did not immediately affect the price performance of the COMP coin. Since thirty days ago, the token has been participating in a red candle run. Over the preceding day, its price fell by around 4% to $48.