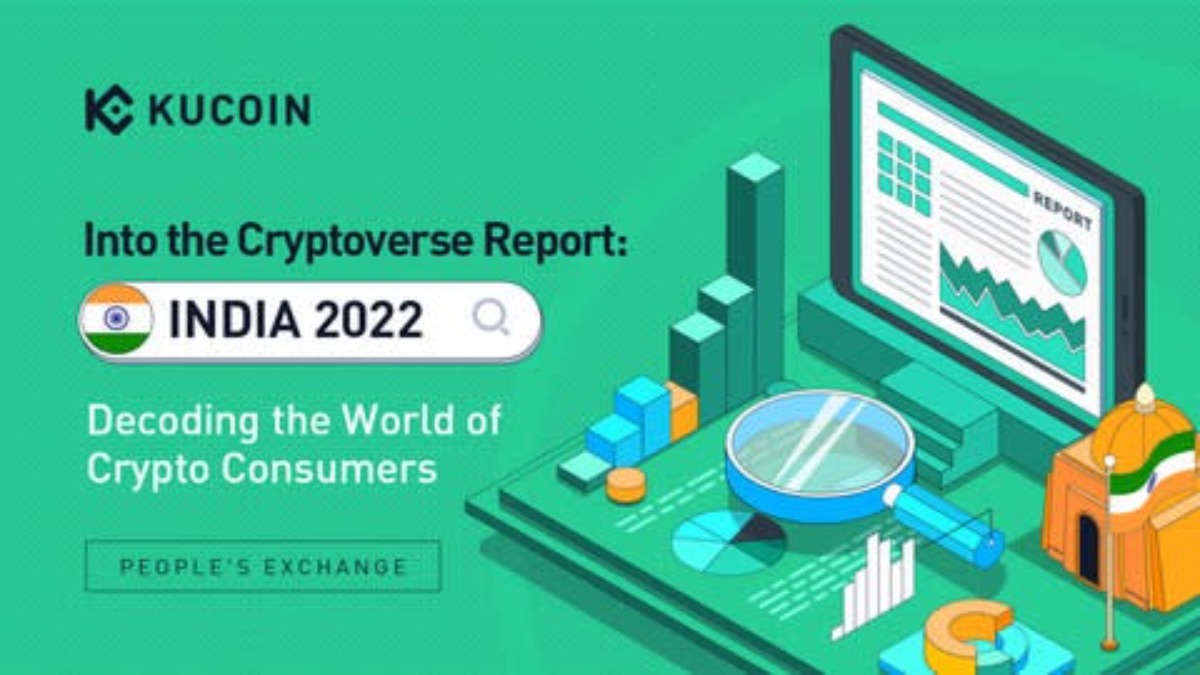 KuCoin, a cryptocurrency exchange with headquarters in Seychelles and more than 10 million customers across 200 countries, undertook a poll to decide the number of crypto investors globally. India, the second-most populated country in the world was revealed to have more 110 million crypto investors.

And despite the India local government’s stance on digital assets and the imposition of a 30% tax on revenue derived from digital assets, a KuCoin analysis projects that the Indian cryptocurrency market will reach $241 million by 2030. Quite a massive number among the top countries trading crypto daily.

“Into the Cryptoverse India”

KuCoin titled “Into the Cryptoverse India” looks closely at the growth of the blockchain sector and the cryptocurrency area in the world’s second-most populous nation. The KuCoin research follows closely on the heels of recent events in India, where there has been a sharp increase in local demand for cryptocurrencies.

According to the survey, around 115 million Indians between the ages of 18 and 60 own cryptocurrency today or have traded it in the last six months, making up 15% of the country’s total population. Another 10% of adult Indians are interested in investing in cryptocurrencies in the next six months.

In the #Cryptoverse Report: India 2022 🇮🇳

The general market slump has also had an influence on investor attitude, as evidenced by the inclination of a more significant proportion of investors to keep their current holdings of cryptocurrency rather than increase their investment in it. More than half of cryptocurrency investors do, however, still want to expand their holdings during the next six months.

Fifty-four percent of Indians believe they will see long-term returns on their investments. According to the report, younger investors—those under the age of 30—are aware of the long-term value of cryptocurrencies. Additionally, 10% or more of Indian people are crypto-curious investors who aim to buy cryptocurrency in the next six months.

The survey revealed that 41% of respondents who indicate that they are unsure which type of bitcoin investment products to choose reflect a lack of sufficient awareness of the cryptocurrency sector when it comes to obstacles to cryptocurrency investing.

37% of respondents report having issues controlling the risk in their portfolios, 27% report having trouble anticipating the direction and value of the cryptocurrency market, and 21% are unsure of how bitcoin functions. Government regulations are cited as a concern by 33% of those considering investing in cryptocurrencies.

This is an increase of 7% from the prior quarter, indicating that younger cryptocurrency investors are becoming more prevalent than their more experienced counterparts. 39% of bitcoin traders under the age of 30 are newbies who have only begun trading in the past three months.

The survey also provided insight into the motivations of investors, pointing out:

The cryptocurrency market is becoming more dynamic thanks to the new, young blood. 39% of young cryptocurrency traders under the age of 30 are recent traders who have only begun trading in the last three months.