He also announced that he would be giving away $1 Million worth of BTC to fans. Only those providing their Cash App usernames in the comments would be considered for the giveaway, he said.

It's a NEW ERA & to kick that off I'm hyped to announce that I'm taking my new salary in bitcoin thanks to @CashApp. To ALL MY FANS out there, no matter where u r: THANK YOU! I’m giving back a total of $1M in BTC rn too. Drop your $cashtag w. #OBJBTC & follow @CashApp NOW pic.twitter.com/ds1IgZ1zup

His recent move to the Rams from the Cleveland Browns is a one-year deal that could see him receive up to $4.25 Million in wages and incentives,

This news comes as part of a new contract signed between the NFL star and mobile payments service Cash App, which is backed by payments processor Square Inc. 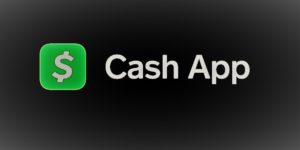 While acting as Square Inc.’s digital wallet, Cash App also allows users to trade Bitcoin and stocks, in addition to sending and receiving money. It is to highlight these capabilities that OBJ went on a gifting spree of $1 Million in BTC to his most ardent fans on Twitter using the app.

This is not OBJ’s first dalliance with the Blockchain though, as he purchased the CryptoPunk 3365 NFT back in August. OBJ’s CryptoPunk 3365 is one of about 526 which have a shadow beard, one of the 447 to have shaggy hair, and one of 238 to be smiling, thus relatively rare.

It appears that the recent ATHs have inspired a wave of support from public figures for the BTC digital asset, with the incoming New York City Mayor also declaring that he would take his first three paychecks in BTC. This follows a similar move by Miami Mayor Francis Suarez who announced that he would take his next paycheck in BTC Cryptocurrency.

South Korean Authorities Want To Invalidate Do Kwon’s Passport, Intensifying Pressure on Him