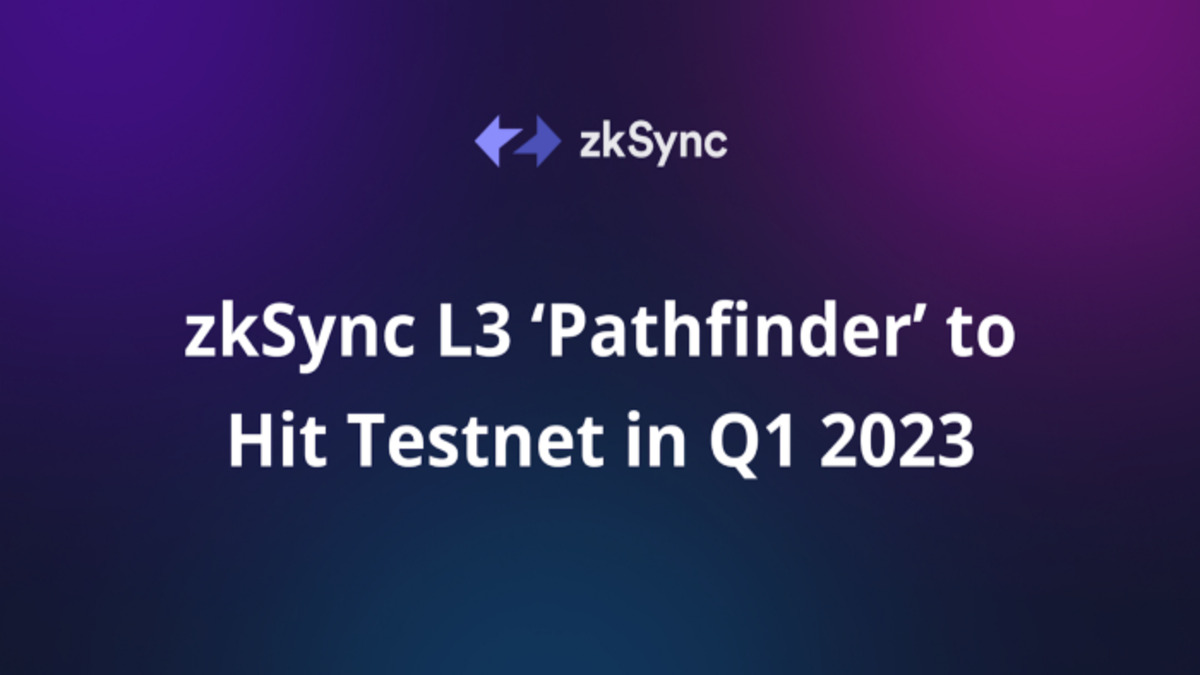 As soon as the first quarter of 2023, a new layer-3 prototype will be launched for testing to resolve Ethereum’s scalability difficulties further.

On October 10, zkSync, a company that provides zero-knowledge blockchain solutions, announced that it plans to release a new EVM-compatible layer-3 prototype known as “Pathfinder“ on testnet sometime in the early part of next year.

With 18 days to zkSync 2.0 on mainnet, we're thrilled to share another exciting milestone on the horizon: zkSync's Layer 3 Pathfinder will be released to the public testnet in Q1 2023.https://t.co/7HnibHn2dX

The team revealed in its most recent blog post that the L3 Pathfinder would be a “prototype showcasing a ZK rollup as a fractal Hyperchain in Layer 3.”

According to the statement made in the article, It will serve as a basis for public experimentation, research, and development of Layer 3.

ZkSync is an L2 Ethereum scaling mechanism that was developed to reduce the expenses associated with network utilization. Back in June 2020, it introduced the 1.0 version, and now they are getting ready to introduce the 2.0 edition of zkSync later this month.

The zkSync team has revealed that one of its primary goals is to construct an L3 environment of configurable and trustlessly connected blockchains powered by zkEVM that we refer to as ‘HyperChains.’

The group believes that the L3 prototype will give several chances to significantly enhance the performance of several aspects of blockchain technology, including scalability, customization, and security.

In addition, it contributes to zkSync’s forthcoming Ethereum Virtual Machine (EVM)-compatible L2 network (version 2.0), which is scheduled to be live on October 28.

Steve Newcomb, the chief product officer of Matter Labs, the technical team behind zkSync, said that following the launch of zkSync’s L2 mainnet, which will take place before the end of this month, there will be a testing phase lasting about one month before the introduction of the decentralized apps (DApps). The team anticipates that there will be around 150 projects ready to go when they debut.

ZkSync has said that the team plans to “aggressively experiment“ with the L3 solution to determine whether or not it has the ability to improve performance. This is because the L3 solution will be added to the L2.

Performance, affordability, simplicity of use, and composability are the four primary factors for this project.