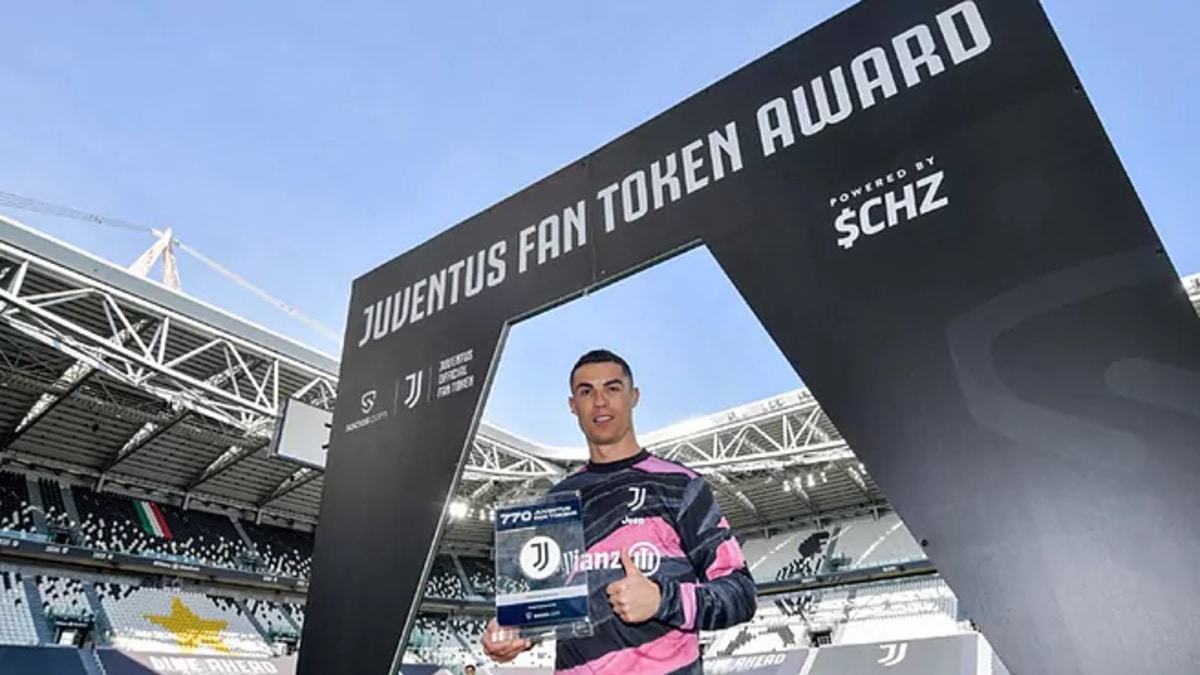 According to a media report by Spanish outlet Marca, Ronaldo has been rewarded by his current club Juventus FC with a total of 770 JUV tokens. The football star reportedly received the rewards ahead of the club’s match against Benevento FC on Sunday, 21st March 2021.

Though Premier League side Manchester City is the latest European elite team to adopt fan token, Juventus FC was one of the early adopters of sports fan tokens as redesigned by Socios.com through the Chiliz blockchain, and the payment of Ronaldo through the JUV tokens marks a new frontier in the adoption of the club’s digital currency asset. At current valuations of $14.82 per token according to data from Coingecko, the total worth of the fan tokens received by the football star tops $11,411.

In the past years, there is a growing correlation between the cryptocurrency ecosystem and sports teams around the world. Besides Socios.com that is championing a new frontier in the utilization of fan tokens to engage club fans around the world, teams such as Turkey’s Harunustaspor announced plans to be playing a player in both Bitcoin and fiat currency.

Citing media report a the time, the chairman of the club Haldun Sehit, said he has plans to pay a 22-year-old player Omar Faruk for 2000 lira in BTC and 2,500 lira in cash.

As the entire cryptospace develops, the prospects of digital asset remuneration are becoming more popular among sports teams around the world, NFL player Russell Okung received half of his due wages in Bitcoin (BTC), amount to $6.5 million as of December 2020 when the sum was paid.

While Ronaldo’s JUV token payment is a deviation from a traditional digital asset like Bitcoin, it will still help bring awareness that will help drive the mainstream adoption that the entire cryptospace craves.