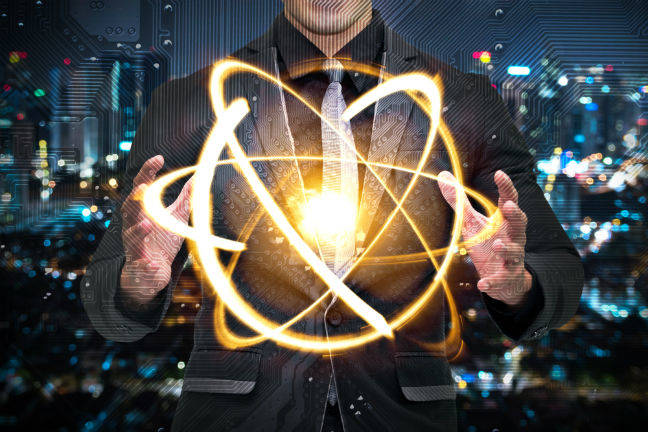 For several years, the crypto community has been scared by the fact that one day quantum computers will appear that crack the blockchain in a few minutes, and the crypto market will come to an end. Google is considered the leader in the race for the creation of quantum computers.

On September 24, 2019, the American edition of the Financial Times announced that the company had made a breakthrough in quantum computing, achieving “quantum superiority” – an experiment that demonstrated the superiority of a quantum computer over a classical one.

Google’s quantum computer was able to calculate in just 3 minutes 20 seconds, which would take 10,000 years for the most powerful supercomputer in the world (IBM’s Summit, launched in 2018 with a capacity of 200 quadrillion operations per second), and for the Google Cloud server 5.7 billion years.

Mining-Cryptocurrency.ru figured out what risks Google’s "quantum superiority" carries, how close the company is to creating a quantum computer and whether it poses a threat to blockchain networks.

The race for the first quantum computer

A quantum computer is a computing system that uses quantum mechanics (the phenomena of quantum superposition and quantum entanglement) to transmit and process information. To store and process information, ordinary computers use binary units called bits, which can represent one of two possible states: 0 or 1.

Quantum computers use quantum bits (qubits), which can be 0 and 1 at the same time. This phenomenon is called superposition. Thanks to this, a quantum computer can process information thousands and millions of times faster than conventional computers.

The superposition state that is needed to perform the calculations is difficult to achieve and even harder to maintain. For this, physicists use laser and microwave beams to put qubits into working condition, and then they use many methods to protect them from the slightest fluctuations in temperature, noise and electromagnetic waves. The main technical difficulty in decoherence is that when they come in contact with the external environment, quantum systems become classical and make mistakes.

There are no full-fledged supercomputers yet – so far only experimental systems have been developed that work according to the given algorithms. Modern technologies do not allow the creation of a quantum computer that could solve universal problems.

Quantum computing power is determined by how many qubits a computer can use simultaneously. The first experiments in the late 90s were carried out on modest 2-qubit processors. Since then, the technology has been slowly but constantly improving, increasing the number of qubits.

D-Wave specialists created a 2000-qubit quantum computer; Google boasts a 72-qubit processor Bristlecone , and IBM has a 50-qubit model. Microsoft, Intel and other large technology companies and startups are also participating in the race to create a quantum computer.

How close is Google to creating a quantum computer

An article about Google’s success appeared on the NASA website, but was deleted after a few hours – most likely, the publication still needs to be preliminarily reviewed, and this can take up to several months. However, a copy of the article remained in the cache. Neither NASA nor Google have commented on this yet. Back in 2018, Google entered into an agreement with NASA to use the agency's supercomputers to verify the company's calculations using quantum computers.

The company itself described the recent achievement as “a milestone on the path to full-scale quantum computing” and stated that now the movement to a full-fledged quantum computer will grow at “double exponential speed” – that is, faster than twice every two years.

There are no exact technical details about how a Google computer works. It is only known that instead of the 73-qubit Bristlecone, the company used the 53-qubit Sycamore processor. The Google computer showed the results only in a specific test with a given algorithm. The problem that the computer solved was selected specifically to demonstrate the superiority of a quantum computer. It is still not possible to use it for universal computing.

Quantum computers and computing have long been called one of the main threats to the blockchain. It is assumed that they can unravel any cryptographic algorithms in a matter of minutes and crack private keys. In this case, the blockchain will lose its main advantages – reliability and security – which would mean the death of most cryptocurrencies.

According to experts, because of the complexity of the algorithms used, millions of high-quality qubit devices would be required to create a threat to encryption. According to the analysis of the London Center for Research and Development cryptocurrency to crack blokcheyn, a quantum computer must contain between 1,500 qubits (and Google has a quantum computer of 53 qubits). The appearance of such technologies will take many years. Experts believe that quantum computers will be able to crack the blockchain in the range from 5 to 10 years.

The most vulnerable part of the blockchain is the elliptic curve digital signature algorithm (ECDSA), used to authorize transactions. Now it’s considered almost impossible to find such a key (for example, a 64-digit combination of numbers and letters of different registers). With today's computers, it would have taken 650 million years . However, quantum computers will have enough 10 minutes between the transaction and its processing on the blockchain in order to calculate the private key using the public key and redirect the transfer using the Shore algorithm . But mining is worth worrying less – it will be more powerful than quantum computers for a long time.

It is impossible to change transaction data (rewrite the blockchain) even with the help of quantum computers – for this, confirmation of the other network participants is necessary. But with a quantum computer, for example, using the Grover algorithm , you can fork the blockchain, creating more than half of the new blocks in the network, and make the new core essence.

It must be understood that quantum computers will not be a public technology. They are quite expensive – commercial assemblies now cost $ 15 million – and they are unlikely to become cheaper in the near future. Buyers are research and scientific centers. Anyway, whoever doesn’t sell the device, it will be difficult for him to fall into the hands of scammers. Their availability for the mass buyer is still a fantastic prospect. So the only ones who can use quantum computers to crack the blockchain are large companies and the state.

The danger of quantum computers to the blockchain pales against the backdrop of threats that they can carry for other encryption systems. After all, with their help it is theoretically possible to crack communication channels, codes of nuclear missiles, banking systems and national security systems. Perhaps humanity is on the verge of a quantum arms race: China has spent $ 10 billion on a quantum computer research center, the United States has already spent hundreds of millions of dollars in this area.

While the attack of a quantum computer on the blockchain is a purely theoretical question. But even after 10 years, you don’t really need to worry.

In other words, the technology that can successfully compromise the currently running blockchain always lags behind it by about ten years – when it matures, the blockchain will develop another ten years ahead.

Here are a few ways that the blockchain can prepare for the advent of quantum computers:

Most likely, quantum-resistant cryptography will appear earlier than quantum computers capable of cracking it. Already, some projects are working on technologies that prepare the blockchain for quantum computing. For example, in August 2019, the Praxxis cryptocurrency coin , resistant to quantum computing, entered the market.

Also, several “quantum-resistant” blockchains have already been launched: QAN, QRL, IOTA, ArQit, HyperCash and Starkware. They work on different algorithms based on post-quantum cryptography . The main ones are cryptography based on hash functions, error correction codes and trellises. Of course, none of these methods has yet been tested for stability before attacking a real quantum computer. Therefore, their quantum stability is only theoretical.

It is not worth worrying that quantum computers are about to crack the blockchain. Due to the complexity of encryption, the number of keys, and the evolution of blockchain technology, cryptocurrencies have gained little time. It is enough to develop and test solutions.

The threat of quantum computers will most likely not be as serious as it was thought. On the contrary, it can become a driver for the development of the blockchain and benefit from technology. Modern blockchains will really die, but new ones will take their place – much more advanced.

It will be years before you can use the Google quantum computer for something practical, since so far it is only a laboratory experiment without real application. It is not clear how long it will take quantum computers to become commercially useful. And hacking encryption is an even more distant prospect.

Publication date 10/01/2019
Share this material on social networks and leave your opinion in the comments below.