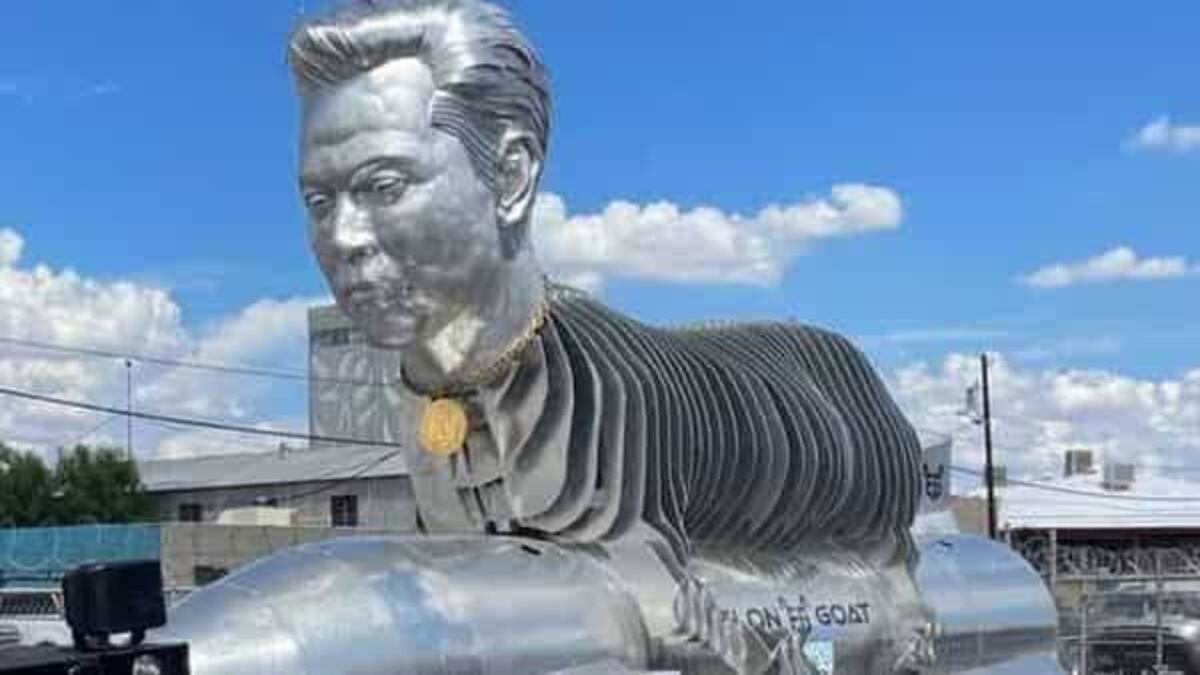 Regarded as one of the bizarre phenomena in the crypto space, crypto project ElonGoatToken ($EGT) presented the world’s richest man Elon Musk with a bizarre $600,000 monument statue of him in the form of a goat.

We’re very proud of our accomplishments and commitment to #EGT

We’ve always had long term vision for $EGT and will continue to build the brand and utility.

We feel our hard work can lead to Elon claiming #ElonGOAT and we will work towards this goal! Maybe have some fun too! pic.twitter.com/Rk2Gdn5PpE

The statue was delivered over the weekend to Elon Musk’s car factory, Tesla’s headquarters in Austin, United States. Meanwhile, it seems that billionaire Musk is not willing to be associated with the crypto project, as he has neither acknowledged nor rejected the gift.

According to the EGT whitepaper, the project revolved around roadworthiness and it is tied to a 50-foot semi-trailer for transportation. The initiators of the projects described themselves as “Elon Superfans.”

The EGT founders displayed on their website that their project contains roadmaps that no other crypto projects have ever attempted or done before. They are working tirelessly in order to get an endorsement or support of Elon Musk.

While Musk is yet to react to the publicity stunt, it appears that the gesture has gained universal recognition as it was reported by mainstream media such as The Wall Street Journal, Business Insider, and The Washington Post.

Given the fact that the action has not attracted any reaction from Elon Musk despite taking the statue to his automobile headquarters shows that the marketing stunt was an abysmal failure.

More often than not, it has been argued that the project is intending to exploit the entrepreneur’s fame to gain popularity and holders for its token. Other projects that have attempted a similar route and failed include Dogelon Mars (ELON), SpaceTwitterDoge, among others.

While EGT token is listed on both CoinMarketCap and Coingecko, it does not have verified data on the two leading crypto platforms. Meanwhile, the price of the token indiscriminately pumped in the market after the delivery of the statue before falling back to month lows.