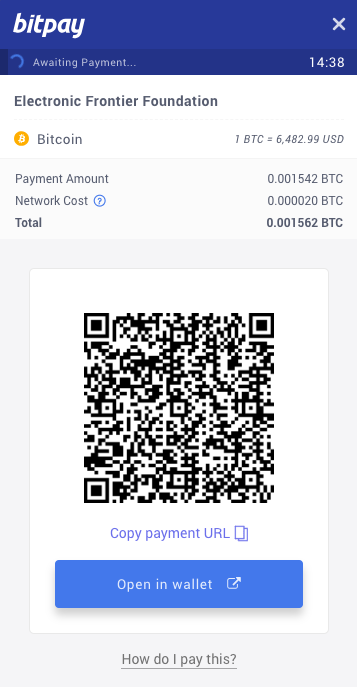 BitPay began cooperation with cryptostartap Paxos, developing the same name steyblkoin. This is reported in the startup blog .

According to the participants of the partnership, PAX “stable coin” will expand the capabilities of BitPay customers. The latter will be able to conduct transactions secured by "stability and confidence in the US dollar."

Previously, merchants could work with Bitcoin and Bitcoin Cash via BitPay processing. In October, the service representatives announced support for the USD Coin and Gemini Dollar steylcoin companies.

According to CEO and co-founder Stephen Peir, PAX support will further expand the possibilities for low transaction costs.

The vice-president of the company, Dorothy Chang, is confident that the new option will be of interest to traders in the first place. However, she has no doubt that this tool will also be of interest to merchants.

“We are pleased that PAX is taking the first step towards wider use outside the scope of cryptotrading. As the scope of PAX expands, more and more people will have access to stable cryptocurrency, which can be used for savings, business and participation in the global economy in real time , ”she added.

Currently, the PAX token with a capitalization of $ 137 million is on the 41st line of the CoinMarketCap rating:

Recall the Paxos Standard token was introduced in September . According to representatives of the project, the asset was approved by the authorities of the state of New York, and its turnover is regulated by the Financial Services Authority of New York.