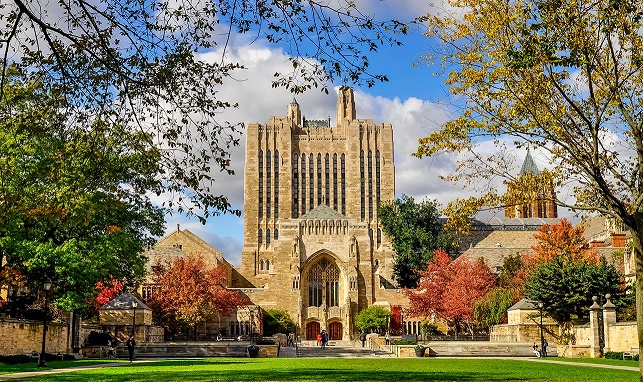 The world-famous Yale University has become one of the investors of a cryptocurrency fund with assets worth $ 400 million. This is reported by Bloomberg , citing informed sources.

A foundation focused on blockchain and cryptoindustry is called Paradigm. It was created by Coinbase co-founder Fred Ersam, former partner of Sequoia Capital Matt Juan, and ex-employee of the crypto fund Pantera Capital Charles Noyes.

Besides the fact that Yale is considered one of the most prestigious educational institutions in the world, he is also famous for its fund with assets of $ 25 billion . The world's second largest endowment is led by David Swensen.

Nearly 60% of the assets of the Yale Endowment Fund are alternative investments, including venture capital and hedge funds. The size of the university’s investment in Paradigm has not yet been established.

Paradigm will specialize in investments in projects at an early stage of development, including crypto and blockchain startups, as well as exchanges.

Earlier, BlockchainJournal reported that almost half of the world's leading universities offer students courses related to cryptocurrency or blockchain technology.