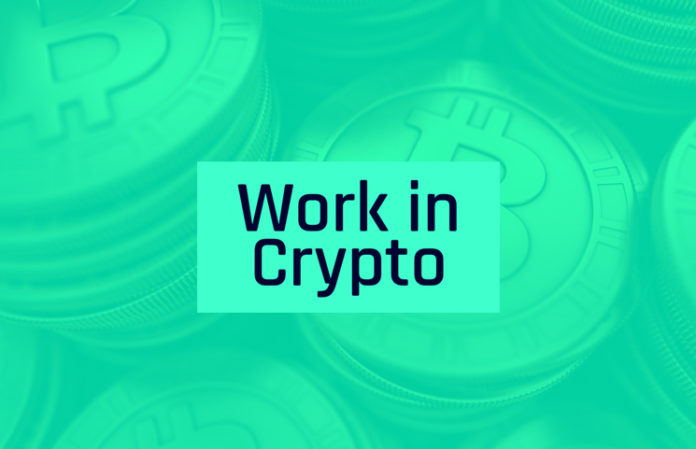 Work in the cryptocurrency industry has become the choice of many. So, in the Cryptic Labs since the beginning of autumn there are two Nobel Prize winners – the economist Christopher Pissarides and Harvard University professor Eric Maskin. Earlier in the Prysm Group came to work as the winner of the prestigious award, Oliver Hart.

So, not only beginning specialists choose a career in the field of actual financial technologies. In addition, more and more world-renowned universities offer appropriate training programs. But are there any prospects on the labor market if cryptocurrencies are getting cheaper?

The short-term decline in the crypto market and the demand for industry professionals do not change the overall trend.

It should be noted that the current “fall” of the cryptocurrency market should not overshadow the fact that Bitcoin has grown by 500% from January 2017 to the current moment, as reminded by eToro analyst Mathie Greenspan. And this is just less than two years. For comparison: gold, like the S & P 500 index, took 21 years to show the worst result in the eyes of investors, during which time the metal went up by only 310%.

Therefore, the decline in demand for blockchain and cryptocurrency specialists, which is hotly said in the recruitment company Indeed, can be perceived as calmly as the collapse of the cryptocurrency market – a temporary phenomenon that is not a trend. And the trend is confirmed by Indeed: on its data , for the period from October 2017 to October 2018, ie capturing a period of many months of decline in the market cryptocurrency, employers' interest to industry professionals has increased by 25.49%.

It is curious that managers are more active in posting relevant vacancies than job seekers. The increase in the number of summaries in this area for the same period was only 3.06%. It also speaks of a shortage of specialists.

It is worth noting that gradually more and more comes the understanding that blockchain and cryptocurrency are interrelated things. How to draw the attention of Vice President George Kikvadze Bitfury Group, "to deny this truth – then consider that you can" like "the Internet, but not to accept TCP / IP protocol." Otherwise, this would mean that the well-known crypto critic Nouriel Roubini is right, who considered that “the blockchain is no better than the Excel spreadsheet”.

On the current situation in the labor market, cryptocurrency industry experts give an idea of ​​two studies: Glassdor and Hired companies. In Glassdoor, considering the situation from last year, they note the growth in demand in the market three times.

In Hired noted that the largest shortage of such personnel is observed in the United States: there was a fourfold increase in demand. As a result, this led to the fact that the salary of a technician with such a profile in the United States is almost 30% higher than the average for IT-market professionals, which is $ 137,000 per year. These data are consistent with the results of a study of the labor market, conducted by Janco Associates.

Glassdoor also compared the average annual income in the US (median), which is $ 52,461, with how much they estimate the specialist in the cryptocurrency industry earns: it turned out that it earned $ 84,884, which is 1.6 times higher. Such dynamics are caused, among other things, by the fact that demand began to show the classical IT sector, ranging from IBM and Microsoft to Amazon and Facebook.

"Hunting" for professionals in full swing

In the cryptocurrency sphere, Gemini and Coinbase have become landmark employers. Moreover, the case of Coinbase is remarkable: losing customers during the competition, the crypto-exchange began to lose some key top managers.

During the second half of October, five people left the organization, but does this mean a crisis in the industry? Not at all: for example, Adam White, having left Coinbase, took the position of vice president of operations for the Bakkt platform, explaining that he saw more potential in attracting institutional investors to cryptocurrency than Coinbase.

Potential points of growth in demand for cryptocurrency specialists: China and Russia

In terms of country, the greatest demand was recorded, in addition to the USA, in Great Britain, Singapore, Canada, Hong Kong and Germany. The British recruiting resource ITJobswatch shows that over the past six months, both the demand for blockchain specialists and their salaries have increased. However, other countries, China and Russia, have great potential in this direction.

Zhou Ping, head of research at the Ministry of Industry and Information Technology of China, writes that one of the main reasons for the lack of rapid pace of blockchain implementation in the national economy is the lack of specialists.

By the way, this is also manifested in the “Chuanwei Zou case”: analyst Zou, on behalf of his employer – the People’s Bank of China – critically examined cryptocurrencies, and as a result he came to the conclusion that they had a future, and went to work at Bitmain for the position of chief economist .

In Russia, where the share of Bitcoin in GDP was estimated to be at least 5%, there is an interest in blockchain and cryptocurrency. US sanctions may increase interest in these issues. On the other hand, Russia needs a clear understanding of how this area will be regulated by local regulatory agencies.

Be that as it may, cryptocurrency professionals who fall under the section "Information and Communication Technology Specialists" are entitled to rely on the highest salaries in the Russian economy.

Work in the crypto industry: love at first sight

It is curious how the arrival in the industry of specialists: they can look for employment opportunities, or are engaged in starting a business. So, Mike Dudas, creator of cryptocurrency startups, said that he left the industry after reading one article about cryptocurrencies. He stresses that despite any circumstances in the market, he is glad that he made such a choice.

Changpen Zhao, in the midst of a “cryptocurrency winter,” recalls that he sold his only square meters three years ago and bought bitcoins, after which they fell sharply. However, his belief in new financial technologies was justified: he was able to help out three times the large amount of money in a short time, sending part of the funds to buy the best housing.

It was this personal story that eventually led him to the idea of ​​creating a Binance cryptocurrency exchange . Brian Norgard, a key product top manager for the Tinder application, left his place of work in order to participate in a cryptocurrency startup, as he saw that this industry was at the very beginning of a great flourishing.

New people in cryptomir are not disappointed, even seeing a decline in the market. This suggests that they are fundamentally guided by the fact that cryptocurrencies are a way to save money, as well as pay for goods in the future.

So, the same Dudas believes that in 6 months "we will be able to pay a cup of latte with cryptocurrency." Rick Edelman, who joined Bitwise in October, “Wall Street's leading investment adviser,” as he stated there on the American television channel CNBC, continues to be confident in the correctness of his choice.

Prospects of work in a cryptocurrency niche

Further prospects for the labor market for cryptocurrency experts look brilliant. The fact is that, as analysts at KPMG and the American cryptobirge Coinbase note, the first stage of the industry’s development is “investment-speculative” and the “institutionalization” stage is coming.

The development of the infrastructure of the industry and the arrival of institutional investors have already begun, but this process will develop most actively in 2019 – billionaire investor Mike Novograts is also convinced , who in November lured the top manager of Goldman Sachs to work for him.

For the cryptocurrency direction of work, they really seek to collect the best personnel, including those with experience in public service: Perkin Coie, an international law firm, invited Kary Larsen, a former employee of the US Commodity Futures Commission (CFTC), to work with the blockchain trend. partner organization.

The fact that in 2019 after kriptovalyutnym companies "run" banks, notes analyst Gerald Fenech, and it will generate a sharp demand for professionals in this new for most credit institutions sector.

The reason is obvious: banks are trying to find ways to survive when decentralized blockchain platforms begin to more effectively perform their functions. At the same time, new financial technologies are a phenomenon that will lead to a reduction in employment in most other non-related industries.