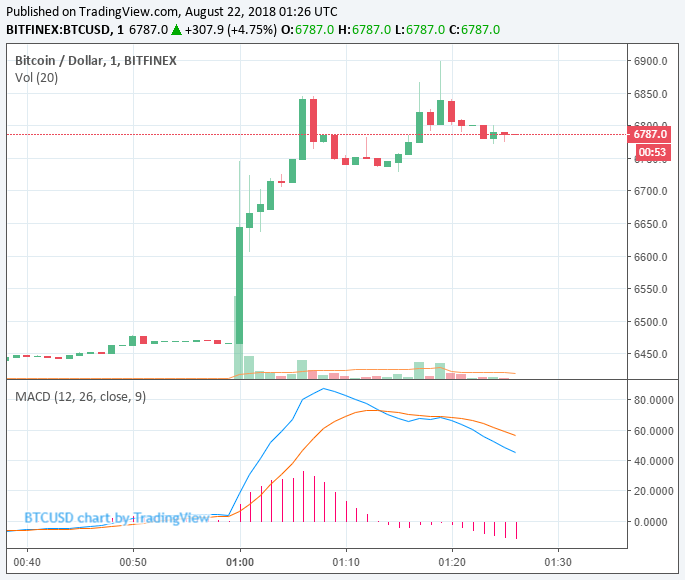 Today, Bitfinex, the cryptocurrency exchange, has announced the exact time of infrastructure update on its two trading platforms Bitfinex and Ethfinex on Twitter.

The planned infrastructure maintenance will begin at 8:30 UTC and it is expected to last about 2 hours. Please follow Twitter and bitfinex.statuspage.io for accurate updates.

The exchange yesterday did not specifically indicate the exact time of the start of the update, as this could lead to the creation of cases of market manipulation, as well as DDOS attacks on their sites.

Bitfinex also informed users that after the start of the update, they will not be able to control, edit or cancel their active orders for the entire period. All users are encouraged to cancel all orders and close positions before the update begins.

As you know, Bitfinex has many so-called “whales” (large holders of cryptocurrency). And whales, in turn, are most active in reducing the price of BTC and other digital assets, by opening marginal positions on Bitfinex. Accordingly, with their absence during the 2-hour update period, there is a possibility that Bitcoin will acquire much-needed value in the markets.

It is worth noting that a surge in the value of BTC was observed when on August 22 BitMEX underwent technical work. Bitcoin jumped in price by $ 400 in just 20 minutes. The explanation was that there were no active short positions to reduce the value of BTC.

What do you think about the possibility of Bitcoin growth during the scheduled maintenance of Bitfinex? Please let us know in the comments below.