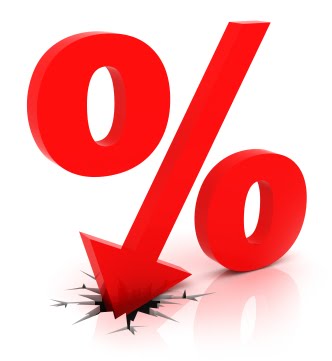 Nowadays, cryptocurrency is far from its best indicators, because the Bitcoin exchange rate is at around $ 6000. Many users have already lost about 80% of the market value of assets, some digital coins have disappeared. But perhaps this development of the industry is exactly what we need for a big step forward.

The foundation of cryptocurrency development: getting rid of the scam ICO and developing technology

So says columnist Crypto Bloomberg , a professor of economics at George Mason University in the United States, Tyler Cowan. He expressed the opinion that the cryptocurrency sphere has become more mature, and, despite the low indicators of the cost of Bitcoin compared with December 2017, it can develop into a more “mature” industry.

Many researchers compare the crypto industry with a bubble and existing dot-coms. Now digital assets and attitudes are similar to many stocks and securities, which have had a significant impact on the course of economic history.

For example, Internet stocks fell as a result of the dot-com crash of 2000–2002, thus eliminating one-day fraudulent companies and preparing the ground for a subsequent technical revolution, to which growth of Amazon and Google could be attributed. After all, every new market, including the stock market, is often subject to violence.

These examples do not guarantee that the cryptocurrency will take off and will be accepted by the world economic community in this way. Although the prerequisites for the repetition of the historical cycle is. The main thing, as Cowan says, the industry should not pay attention to external aggressors, it is necessary to develop the technology and adapt it to life.

“One of the main cryptographic problems was that there were too many dubious ideas around the industry in the form of constantly emerging ICOs. People wanted to get their share of this “pie”, this led to the emergence of thousands of startups, scammers, ” Cowen writes and adds that, in addition to negative and deceived investors, this story with lost investments taught users to be smarter.

Now, according to the economist, it's time for a diet. Now you do not need to rely on ICO, which lead to rapid wealth. The rhetoric is moving to a more cautious or even "apologetic tone" for the stolen money and unrealized promises.

“We are at the point where the cryptocurrency finally has to prove its social value. Imagine how to use cryptography as a means of micropayments to pay for media on the Internet. In more utopian visions, cryptography leads to the emergence of fully self-installing systems based on the blockchain, ” Cowan suggests .

Cryptocurrency is more than “new gold”. Therefore, digital coins do not need to try to survive only as investments or securities, after all, precious metals and financial markets have been around for more than a decade.

The digital industry needs a good story that would eventually go beyond the heroic innovation of Satoshi Nakamoto and become a new stage in the development of the payment economy.

“A cryptomere should work diligently to eliminate existing shortcomings. You have probably heard that Bitcoin for mining is harmful to the environment because it uses a lot of energy, or that the data in the blockchain is too bulky to transfer. Further innovations are needed, ”the economist cites the existing cons of the system.

As a conclusion in his article, the columnist expresses the hope that the time has come to “make or die”, that is, to reform and become a new economic system accessible to all, or disappear from the world of finance.

"I am modestly optimistic, it's time to put up or shut up."

The position expressed by economics professor Tyler Cowen on the future development of the crypto-industry is not innovative. Many digital asset researchers and blockchain experts have repeatedly expressed their opinions regarding the future course of the ten-year history of cryptocurrency.

So, in an interview with the well-known crypto enthusiast, founder and partner in Morgan Creek Digital Assets, Anthony Pompiano, the equally popular cryptocurrency analyst Murad Makhmudov said that now users need to remain calm and relaxed, because the development of cryptocurrency is taking the right course.

“Many people think that bitcoin is not developing or that it is too slow. For me, these users show too high preferences and impatience. I think that because of the accelerated desire, a flurry of small unnecessary coins accelerated, the ICO boom appeared.

Real Bitcoiners understand that digital assets are not a six-year strategy of rapid enrichment, but a promising long-term project. This is something that will probably continue until the end of our lives. Therefore, all changes in the system should be extremely cautious, ” Makhmudov suggests.

In an interview and on his Twitter page, the analyst made several assumptions about the future value of Bitcoin. The “worst-case scenario” says that the price of the first cryptocurrency will reach $ 160,000 by 2023.

After 5 years, the fourth cycle of development of the coin will begin, when the indicators will repeat the movement of the wave and at the same time maintain the upward trend.

"Hope is for the best, but it is better to prepare for the worst, " says Makhmudov and quotes a Chinese proverb, " the more you sweat in peacetime, the less you will bleed in a wartime situation."

A broken Bitcoin course, according to analyst Makhmudov, by August 2023, under the worst circumstances, will look like this. Moreover, the cycles of rise and fall with each time will increase from 322 days to 2073. Source .

Also, Murad Makhmudov, based on previous indicators, suggests that the bearish trend of 2018 is identical to the fall cycle in 2014, after which Bitcoin growth was observed.

“The market bear plays exactly the same as last time. Some people believe that it may take even longer , ”writes the analyst.

The Bitcoin chart shows that now, when compared with the period in 2014, the coin still has to maintain the trend for a fall, and closer to November 2019 to gain growth. Source of

Interviewer Makhmudov on the interview – Anthony Pompiano, founder and partner of Morgan Creek Digital Assets, also presented his point of view on the development of the crypto-industry. So, according to Pomp (nickname Pompiano on Twitter), in 2023 Bitcoin will cost $ 50,000, but for now the asset will fall to $ 3000 with a red corridor of 650 days.

“Parabolic price growth is becoming slower – each surge is measured from the last historical maximum to the new.

Opinions against: no one needs a cryptocurrency

At each cryptocurrency forum, the future of the industry and its components is discussed, in particular, the question of whether digital coins and blockchains will be used in the processes of the global economy.

One of the sensational disputes over crypto assets and distributed registry technology took place at the end of August 2018. Then at the BlockShow Americas conference there was a discussion about the usefulness of cryptocurrency between the CEO of Roubini Macro Associates and the predictor of the global financial crisis in 2008 Nuriel Rubini and the founder of the Celsius network Alex Mashinsky.

Rubini argued that there is no security, democracy and decentralization in the blockchain space, which is constantly being repeated by crypto enthusiasts and technology advocates. Mashinsky answered that the current economic system does not work for seven billion people in the world, because until now “only people who work on Wall Street could pay their bills” and not deny themselves anything.

During the discussion, they touched upon the topic of deployment of the blockchain for commercial purposes. Also, some of the speakers expressed doubts about the use of cryptocurrency in everyday life. Austin Kimm, chief operating officer of Crypterium, said that as long as there is no real use of cryptocurrency in life, there is no reason why older people will use cryptography in everyday life.

The founder of the British Digital Monetary Association, Eric Benz, compared the size of an ecosystem of digital assets with an amoeba, the growth or decrease of which is influenced by external factors that do not guarantee the safety of an asset.

"At the end of the day, from a consumer point of view, I want to know that my money is with me at night."

Speaking about the tokenization of physical assets, TechCrunch Editor-in-Chief Mike Butcher said that a reliable legal infrastructure was needed for the industry to flourish. Legal regulation will be the solution to all problems. Blockchain Cuties CEO Vladimir Tomko has argued that by 2019, for example, the gaming industry will be tokenized.

At the same time, Tomko acknowledged that many ICO projects turned out to be scammers, so now the community and developers need to work on the image and make the environment more transparent and safe.

In the discussion on how blockchain can affect the developing economies of America, group moderator Michael Gasiorek said that the projects have a lot of good intentions, but the main problem still lies in attracting and adapting cryptocurrency for regular users.