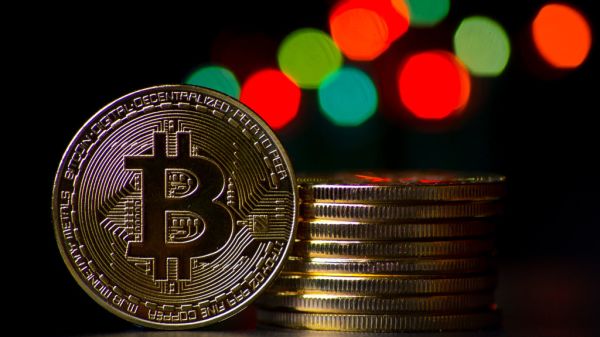 Didn't you come to the idea that investors have already lost a chance to earn money on the growth of the price of Bitcoin and other cryptocurrencies after 2013 and 2017? Missed opportunities greatly affect the perception of the next. Especially when the market does not show its characteristic green color.

But one fact must be admitted – the bitcoin price will most likely rise to $ 1,000,000, rather than fall to 0. This fact confirms this fact.

Let us turn to the end of 2017, when the price of the first cryptocurrency conquered every week a new record value of its price. The BTC / USD graph resembled a rocket taking off into space without plans for a soft landing. The fear and greed of investors drove Bitcoin prices up.

After the bloody correction of the entire cryptocurrency market by almost 80% since the beginning of 2018, the daredevil investors suffered a fiasco and left, accusing the cryptocurrency in serving the financial pyramids. The market is really silent – this is evidenced by indicators of a decrease in traffic by more than half from popular exchanges, media or sites associated with the blockchain-themed. Many have lost faith in the future super-profit cryptocurrency.

Despite this, Bitcoin responded with a flat correction on the strong support line at around $ 6000, which is 600% higher than its price at the beginning of last year. The market shows strong excess profits for patient investors.

Why should the price of bitcoin increase at least 16.600%? To answer this question, you should understand the reasons for the impulsive growth of Bitcoin prices in the past.

In 2013, Bitcoin grew by 1500% in just 148 days. The reason for this was the undermining of confidence in banks in Cyprus, as well as an increase in demand for Bitcoin in China . In just one month, the Chinese online exchanger BTC China has become the largest in terms of volume.

In addition, at about the same time, a number of countries, in particular Canada, Germany and the Netherlands, supported the cryptocurrency, speaking in favor of lightened legislative regulation. And, of course, the reportage on SilkRoad on the American TV channel was also important.

In 2017, the rise in Bitcoin prices was due to its legalization in Japan and the launch of futures on it, as well as the growing popularity of ICO .

There were also other events that influenced the rise in Bitcoin prices. For example, the crisis in Turkey in 2018 . Since the beginning of the year, the rate of the Turkish lira fell by 40%, and during August the decline was about 20%. In this situation, people bought Bitcoin, trying to save their savings from depreciation.

From this we can draw 2 conclusions :

In addition, you should take into account the technical properties of Bitcoin, which affect its value, namely: the deflationary model (21 million coins in total, of which 20% is already lost), asset protection from physical theft, freedom of movement and anonymity.

Predicting when the new rapid growth will begin is extremely difficult. “Black Swans” are not predicted, but they can be expected. The main condition for success is that a significant number of branches of the real economy should be in bitcoin.

It all depends on the market infrastructure and the demand for it. Pay attention to what large projects are doing and what their plans are:

However, the question arises: “If everything is so good, then why does the price of an asset fall when the news should drag it up?”

This can be explained by the example of a drop of ink and a glass of water. The “effect of a concentrated drop” is that everything that happens inside a crypto-community is in a fairly tight space. The outer shell, consisting of the world economy, has not yet allowed cryptocurrency to huge masses of people. When this happens, the capitalization of the crypto asset market will find peaks that even the most optimistic investor could not have imagined.

The reason why the economy can accept bitcoin is an alternative to traditional assets. Global economies are closely intertwined and have a domino effect: when something goes wrong, everyone feels the change. A vivid example of this is the global financial crisis in 2008.

States are aware of the problems of the world economy and are trying to deal with them. One of the most important problems is the preservation of their savings. We need a diversification of investment – "do not keep all the eggs in one basket." A possible way out of this situation is to invest in reliable crypto assets. Over the past 9 years, only Bitcoin has established itself. It is an alternative asset.

Such a step could be the acquisition of Bitcoin in your country in any country to diversify risks. Probably, it is already being acquired for these purposes, while there is no strong movement in the market. Whatever happens in the process of large-scale adoption of Bitcoin by society, it remains only to wait and be ready for a new growing trend.