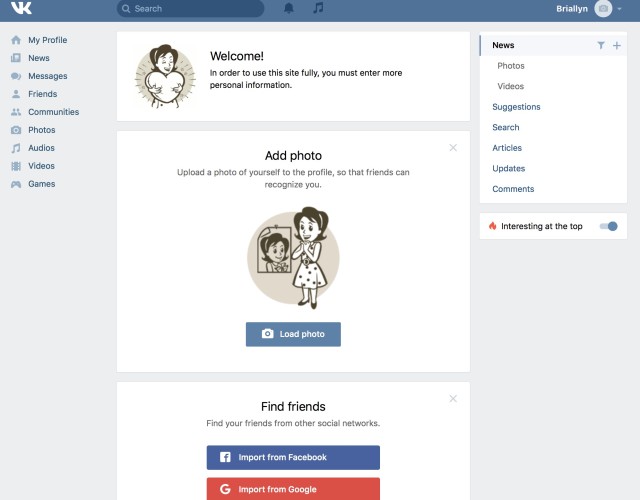 The social network VKontakte is exploring the possibility of creating its own cryptocurrency , although a final decision on its launch has not yet been made. This was reported to the news portal RNS source familiar with the plans of the company.

According to him, the current configuration of the project involves the creation of individual accounts for the accumulation of cryptocurrency to all users of the social network.

At the disposal of the editors of RNS there is a presentation, from which it follows that one of the options for obtaining cryptocurrency is to accrue coins for the time spent on the social network and for the activity of the user. The cryptocurrency earned in this way can be accumulated, transferred to other users, exchanged for tangible goods and converted via VK Pay.

In addition, users will receive a cryptocurrency for interesting publications: users, along with the "like" will be able to share currency with the authors of publications. A similar model could work with "repost" and comments.

The VKontakte press service declined to comment on RNS information.

The social network VKontakte launched its own payment system VK Pay in June 2018. Users can make purchases and pay for services both in a special section on VKontakte and on VK Pay partner sites.

According to VKontakte, the number of active users of a social network per month is 97 million, users send 6.5 billion messages daily and make 1 billion Likes, the number of video views is 550 million per day.

Starting from 2014, VKontakte is owned by the Mail.Ru Group holding, the controlling shareholder of which until 2018 was the Russian billionaire Alisher Usmanov. Last year, he ceded his stake to other shareholders, fearing the financial sanctions of the West, which followed at the beginning of this year.