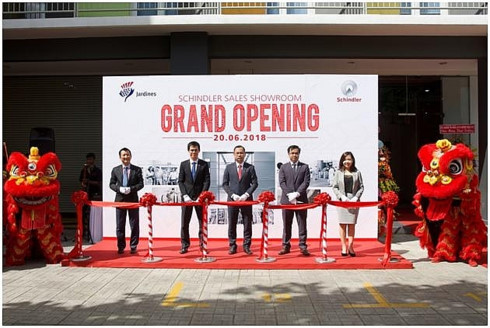 Linh Thanh Group and KRONN Ventures AG signed a memorandum of understanding on the establishment of the official cryptocurrency exchange in Vietnam. It is known that the license for the exchange has already been approved.

In October 2018, the Swiss blockchain company KRONN Ventures AG formed a consortium with financial committees, which includes five countries: Vietnam, the Philippines, Cambodia, Bangladesh and Sri Lanka. The idea was to build an Asian ecosystem of blockchain-innovators.

Now the largest distribution company in Vietnam has joined the alliance of KRONN Ventures AG and Linh Thanh Group.

If we talk about other countries of the consortium, they are not yet sure about expanding opportunities in the blockchain space. However, the Linh Thanh Group said that the effect of the partnership will be felt not only in Vietnam, but throughout the region.

Despite the bear market, investment in blockchain technology has remained at a high level, and over the past year Vietnam has actively invested in blockchain. The declared partnership was the most significant continuation of the country's policy in the field of cryptocurrency.

The official launch date of the cryptocurrency exchange in Vietnam has not yet been announced, but it is expected that the platform will work until the end of 2019.