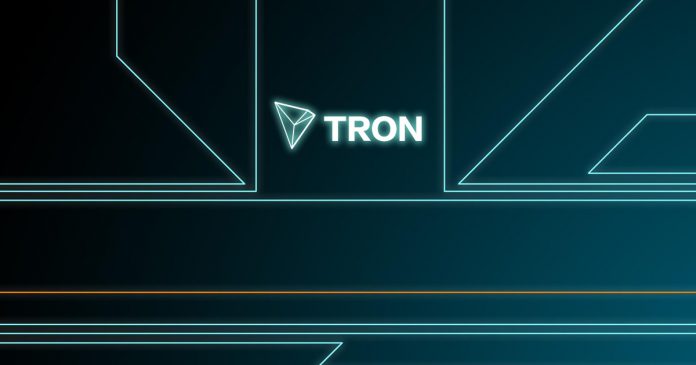 Cryptocurrency TRON (TRX) is a decentralized protocol based on blockchain technology designed to create a global entertainment network with free content.

In simple terms, TRON is a service similar to all well-known social networks and platforms where users have the opportunity to publish, view and use any available content for entertainment, for example, online games.

The TRON project is currently developing the idea of joint consumption, which is that on a single global platform, users will be able to share entertainment content.

Analysts call this platform the broadcast of the modern entertainment industry. In general, the functioning of this system is as follows:

About what TRX is, initially interested in all users who are just starting their activities on the site. This resource uses several types of tokens for different purposes:

The TRON cryptocurrency issue is limited, 100 billion coins have been issued at present. However, it is worth considering another point – starting in 2018, tokens begin to be burned (they are meant to be forwarded to an address known only to developers). The last major burn was in June last year, but how often such procedures will be carried out is currently unknown.

The team of this project has on its side professionals working in various fields. The founder of the platform and the creator of TRX Coin is Justin Sun , who also created a social network with an audience of 10 million people. In 2017, Forbes magazine included Justin on his list as one of the most successful entrepreneurs, who was not yet 30 years old.

The technical director of the project is Lucien Chen , who has extensive experience in working for large Internet companies. He is perfectly versed in blockchains and the principles of functioning of cryptocurrencies.

Deus Yu , responsible for quality control, has been working in the computer games industry for a long time. According to Justin Sun, the experience of Deus will come in handy a little later, when the platform gains even greater popularity.

Charles Zhang , an adviser who is well versed in a business not related to cryptocurrencies and blockchains. He has repeatedly lectured on the basics of entrepreneurship, with which he was invited to many universities. Charles made a huge contribution to the promotion of the platform at the initial stage.

Block Explorer is a search tool that allows you to view the addresses of wallets involved in the system, blocks, as well as data of transactions completed or committed. It can be compared with standard browsers, with the help of which an ordinary user searches for the information he needs on the Internet.

How to mine Tron?

The developers of the platform did not provide for mining the Tron cryptocurrency , since they had already created all the necessary coins. In addition, the creators talked about the scheme according to which their cryptocurrency will work:

Justin Sun explained that perhaps mining will be provided in the future when the company gains the necessary popularity.

The user can choose one of two options for storing Tron coins (TRX):

With proper use, wallets provide a higher level of security. All types of wallets for Tron (TRX) are described in detail in this review .

You can buy a Tron on popular crypto exchanges , we recommend that you use the first 15 exchanges, and do not forget to install additional account protection. On the selected exchange, you must go through the registration procedure, after which you will be given a personal wallet, as well as its address.

The most popular and safe exchangers where you can buy and sell Tron:

The exchange rate of the Tron cryptocurrency against the ruble as of October 28, 2019 is 1.29 rubles per 1 coin. For a detailed analysis of the course and chart of coins, we recommend that you look at the Coinmarketcap website.

A distinctive feature of the project is its roadmap, which is scheduled until 2027. It is divided into several stages:

The developers mentioned that if these plans are implemented, a new roadmap will be created in the future, which will begin in 2028.

When analyzing the active nodes of the Tron cryptocurrency, you can notice the scale of the development of the project, where the majority of servers are located in the USA, China and Germany.

The forecast for Tron cryptocurrency from leading analysts suggests that, taking into account the current features of the crypto asset, in the future the project can absorb the entertainment market. And this means that in 2020 the value of one coin is able to stand on one level with the dollar.

The project has two main competitors – Qtum and Ethereum . Each competing company has its own advantages, for example, the first has a more advanced platform in terms of technology, and the second wins due to smart contracts and fame.

Analysts are confident that the Tron platform will still have to fight for its users, since the developers are aimed at a specific audience. However, the Throne does not have special advantages that would distinguish the project from its competitors, which could become a serious problem in the future.

Tronix cryptocurrency has good prospects for further development, since the project itself is one of the most ambitious among others. However, at present it is not in demand. Investing in such a project will bring quite large risks, however, long-term investments can bring the investor good profit.

Share this material on social networks and leave your opinion in the comments below.