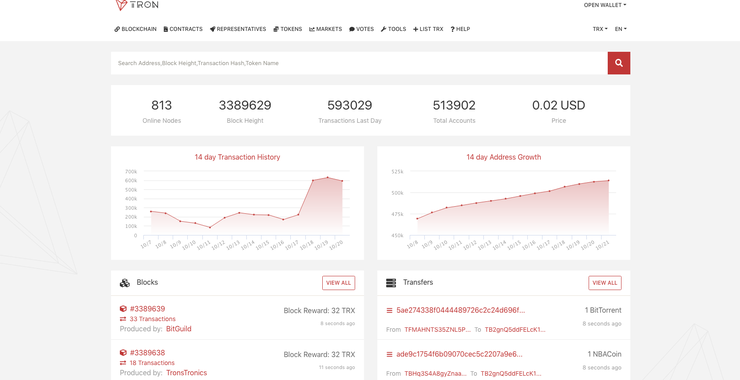 Just two weeks ago, the TRON (TRX) network had a throughput of 500,000 daily transactions, but now it’s doubled.

For comparison, the daily transactions of Ethereum are approximately 500-600 thousand, which is almost two times less than that of the TRON network.

The growth of TRON transactions is partly due to the growth of simple dump rates in the network. Both TronDice and TRONbet have already exceeded 200 million TRX payments in less than a month.

Currently, TRX has a market capitalization of $ 1.54 billion, which makes it the 10th largest cryptocurrency according to the AltDex 100 index (ALT100).