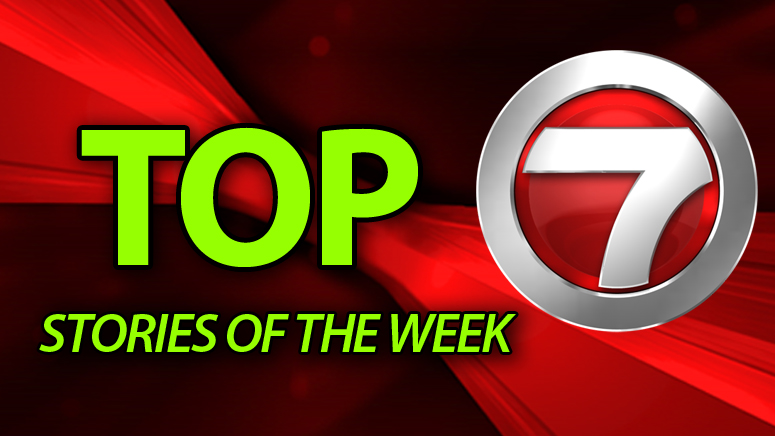 The most important events in the world of cryptocurrency and blockchain over the past week – hard forks ZCash, Vitalik Buterin announced Ethereum 2.0, China presented its rating of cryptocurrencies, Tether confirmed the provision of USDT tokens, the new ICO format from the creator of ERC-20, Rosfinmonitoring requires reporting from ICO, cryptoskolkov and exchangers.

Uncertainty in the cryptocurrency market

Meanwhile, the cumulative trading volumes on the leading cryptocurrency exchanges in October showed a decline compared with September. Poloniex lost 56%, and Binance – 32%. In addition, the market capitalization of digital currencies reached an annual minimum of $ 203.4 billion.

It is noteworthy that in the rating of cryptocurrencies from the Center for the Development of the Information Technology Industry of China (CCID), Bitcoin took 19th place, and EOS – the first. At the same time, the top three were closed by Ethereum and Bitshares.

Note that in the study of the auditor of distributed networks, Whiteblock Inc. it is said that the EOS network cannot be called a blockchain, and failures in the consensus algorithm make the network vulnerable to Byzantine errors.

Coinmetrics.io analysts also reported this week that only one of the four bitcoins has moved between addresses and has been stored on them for the past six months. The last time Bitcoin reached such low levels of activity in 2015.

Some Reddit users have found that Bitmain-controlled mining pools Antpool and BTC.com reject all SegWit transactions on the Bitcoin network and pay higher commissions due to the clogged memory.

Wasabi Wallet 1.0 was released on October 31, and then the largest transaction was performed using the CoinJoin coin mixing technology in the amount of 34.30709811 BTC.

Hardfork on the ZCash Network

October 29 in the main network ZCash on block # 419200 took place hardfork Sapling , which the developers of the protocol have already dubbed the “second birth cryptocurrency”. The upgrade will reduce the amount of memory required for secure transactions, reduce transaction processing time by 90% and use lightweight clients for secure transactions.

The Sapling update also implemented a new address format, a full-scale transition to which will take place over the coming months, during which a monetary audit of the network will be conducted.

In addition, the main developer of Zcash Zuko Wilcox announced changes in the structure of mining cryptocurrency, which "will not be made in the near future and will be announced in advance."

It is expected that the update will be activated in the autumn of next year. It will allow “to preserve and improve the security and stability of the network”, protect it from attacks by 51%, and also expand the number of users who can earn ZEC by mining .

Vitaly Buterin announced the transition of the Ethereum blockchain to stage 2.0

The founder of the blockchain Ethereum Vitaly Buterin announced the future transition of the ecosystem to the stage Ethereum 2.0, which will be called Serenity. He stated this during the Devcon4 conference, which is taking place in Prague these days.

According to him, the large-scale upgrade will be preceded by the activation of Casper and the transition to the Proof-of-Stake algorithm, sharding, updating the virtual machine (EWASM), changing the cross-contract logic and economics of the protocol.

Buterin expects that as a result of all these innovations, the Ethereum network will become faster and safer, become less energy-intensive, and its throughput will exceed 1000 transactions per second.

Casper, as a result of which Ethereum is to switch to the Proof-of-Stake algorithm , has been under development for several years. Because of its association with a network-sharding project, it was also sometimes called Shasper, but, as Buterin says, this is not the right name, and it is best to return to the once proposed Serenity.

“Serenity is a world-wide computer, and that’s what it should be, and not some kind of smartphone of 1999, where you can play snake ,” he said.

The American cryptocurrency company Coinbase raised $ 300 million in the framework of a round of financing for the E Series, which was led by the American hedge fund Tiger Global Management. According to the estimates of the company itself, its capitalization exceeded $ 8 billion, and the annual profit could be $ 1.3 billion.

However, according to Asiff Hirji, Co-Operating Director and President of Coinbase, the company does not intend to enter an IPO in the near future.

Another significant deal of the week was the purchase of the leading European stock exchange Bitstamp (founded seven years ago) by Belgium-based investment company NXMH, which is a subsidiary of NXC, owner of the South Korean crypto-bureau Korbit, and video game developer Nexon. The amount of the transaction remains unknown.

Tether Limited has officially confirmed the cooperation with the Bahamian Deltec Bank. The company also submitted a letter, on the basis of which it has sufficient funds to ensure the total volume of issued USDT tokens .

It is noteworthy that in the above letter, contrary to accepted practice, there is no signature of any official of the bank.

Rosfinmonitoring will require reporting from the ICO, cryptoscles and exchangers

As part of meeting the requirements of the Financial Action Task Force on Money Laundering (FATF), Rosfinmonitoring introduces a reporting procedure for:

As the deputy head of Rosfinmonitoring Pavel Livadny reports, the price threshold from which control will begin will be set a little later, and changes in the legislation of the Russian Federation will be made in the near future.

According to the head of Rakib, Yuri Pripachkin, Rosfinmonitoring will need to report transactions in excess of 600 thousand rubles, while operations in the amount of up to 15 thousand rubles may remain anonymous. However, to control the operators, he said, it may be necessary to introduce licensing.

The creator of the ERC-20 standard, Fabian Vogelstellar, during a speech at the Devcon4 conference in Prague, proposed the concept of a reversible ICO (RICO).

In the new RICO format, a special smart contract will allow investors to return the invested funds at any stage of the project development by returning tokens.

He said he feels responsible for the ICO boom and intends to propose a more efficient model. In his opinion, RICO can significantly reduce the number of scams and encourage project creators to keep their promises.