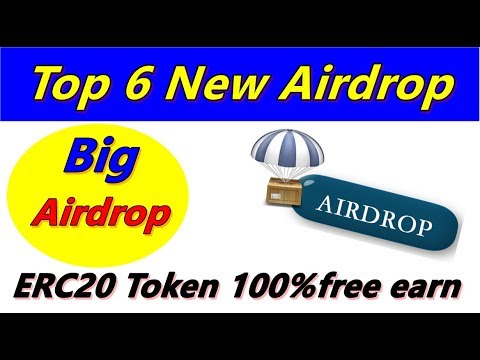 Now many cryptocurrency startups spend airdrop , which is undesirable to skip. Tokens are issued on the Ethereum blockchain , and users of ETH-wallets can take part in this distribution without any problems, writes Nulltx .

Most crypto enthusiasts are familiar with Aelf , since the project does not exist the first day. The team purposefully allocated 12% of their tokens to airdrop and marketing.

According to the rules of participation, users must perform daily tasks on the platform through social networks. Tokens can be withdrawn after 30 days.

Airdrop Hydro officially started two weeks ago and is still running this week. The next generation network for hybrid decentralized exchanges can play a large role in the future of cryptocurrencies.

As part of the current airdrop, users will receive a reward for registering on the page, points will be awarded for performing simple tasks. Received points are distributed every 24 hours, you can withdraw them 30 days after receiving them.

IOST is a scalable and secure blockchain platform for decentralized applications with high transaction speeds and secure infrastructure. Current airdrop allows users to receive a reward of 10,000 IOST every day.

Points are awarded for completing daily tasks on the platform and completing quests. Tokens can be withdrawn after 30 days, with rewards being sent to users every day.

The Rubiix protocol offers its own distributed accounting technology that removes consumer data from brokers.

Their airdrop awards users with tokens worth about $ 6, participation in a quiz and joining a group in Telegrams. Good rewards under simple conditions.

SciDex plans to create a decentralized exchange of scientific data, over time this can become a very useful option.

Users will receive tokens worth $ 2 dollars for performing simple tasks and an additional $ 0.2 for each attracted friend. Tokens are distributed via the Telegram project bot .

The Athero platform seeks to simplify commerce by combining IoT and blockchain technologies in one solution.

Tokens are provided to users by the number of completed tasks. Among them, the activity on Twitter, Telegram and Facebook is pretty simple. Application for participation is filled here .