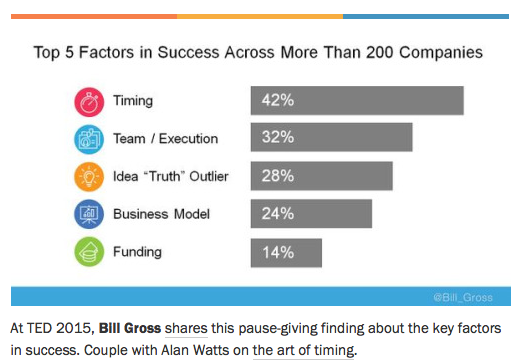 The standard of living of a modern average person is the result of many years of innovation, inventions and production. A person’s daily life consists of solutions aimed at simplifying and improving it. One of the systems that has a huge impact on people's lives is money.

At its core, it is a universal measure of value. Money allows people to quantify their value and receive rewards based on this. People make money by doing what others find useful, and with the help of money they can buy goods and services that they do not produce personally.

The modern financial system is based on paper money, known as fiat currencies.

These currencies are issued by different countries, and the value of a currency depends on the ingenuity and strength of the country that produces it. Although it was not always. For example, before the American dollar was provided with gold bars, which were stored in the Fed. However, in 1971 the “gold standard” was abolished, and US dollars, basically, began to be supported only by the reputation of this country.

The most recent financial crisis that occurred in 2008 was caused by a sharp drop in housing prices in the United States. The problem was not the shortage of inventories, jobs, or asset values. It was something worse – additional money was put into circulation to stabilize the economy, and no additional value was created.

Moreover, the bankers who committed this mistake were rewarded – they were provided with state financial assistance.

No wonder that it was the 2008 crisis that spawned Bitcoin , which then began to gain strength. The idea was simple: create a peer-to-peer system that allows you to share value. Bitcoin was created in order to get rid of the control of banks over money. This is a means of payment, the reserves of which are strictly fixed.

Although the cryptocurrency industry has already come a long way, it is not too late to invest in it. Investing in a cryptoindustry is the best way to change the existing global financial system, which is hopelessly outdated.

Cryptocurrencies can give financial opportunities to any person, wherever he is.

If you think that your "cryptocurrency" train has left, then it is not. Below we have given five reasons why it’s not too late to invest in Bitcoin and cryptocurrency.

The current capitalization of the cryptocurrency market is still small

Satoshi Nakamoto's vision was that cryptocurrencies could become a new form of money. This industry has already come a long way from bitcoin whitepaper, but today it is still too small compared to the value of money that is in circulation.

The current total market capitalization of the crypto industry is just under $ 200 billion.

This is very small compared to the current value of companies like Amazon and Apple, although they do not serve even half of the world's population. If cryptocurrencies should become a new form of money, then most of the world or the whole world will have to use cryptocurrencies.

Imagine what will happen if the two companies mentioned above decide to introduce cryptocurrency into their systems. Currently, many cryptocurrency projects create partnerships precisely in order for blockchain applications and cryptocurrency to become convenient for use and firmly enter our life.

However, in order for cryptocurrencies to entrench themselves as money, you have to go a long way. The diagram above shows that cryptocurrency is very far away even to the market capitalization of gold. Although just such a “lag” indicates that the growth potential of cryptocurrencies in the future is significant.

For cryptocurrency has not yet established any stable rules of regulation. In fact, the authorities are still arguing about what cryptocurrencies are . Some say that these are currencies, others consider them to be a commodity, while others disagree with such approaches to definition. There is also a common approach, according to which some cryptocurrencies are securities.

Such doubts and fears deter institutional investors from investing in cryptocurrency.

Most of the capital in cryptocurrencies is still owned by technology enthusiasts, financial traders and a small number of investors.

Investment firms managing large institutional capital do not yet risk investing in cryptocurrency, although firms such as Morgan Stanley and Fidelity have already made significant steps in this direction. It is also expected that other institutional investors will not want to stay behind.

There are still many opportunities for growth in the cryptocurrency industry

Despite the fact that cryptocurrencies are already solving problems related to remittances, there are still unresolved problems in using the blockchain.

For example, the developers of ethereum are still working on solving the problem of scaling; Bitcoin also seeks to increase the number of transactions through the introduction of the Lightning Network.

It can be said that the current market capitalization of the cryptoindustry reflects the current state of cryptocurrency projects. However, so far only 36 of the top 100 cryptocurrencies have working products, and this indicates that the industry is still in its infancy. Apparently, another area of ​​growth in this industry is related to the current nature of the cryptocurrency market, which is largely due to speculation and sentiment, but not technical progress. It also takes time to mature the market and get rid of such a negative impact.

Further development of the blockchain technology and the maturation of cryptocurrency investors should lead us to exponential growth – both in terms of the actual use of cryptocurrencies and their market capitalization.

Cryptocurrencies do not belong to states or governments. They can not be touched, and they do not impose any physical burden on the owners. The address of the cryptocurrency wallet and the secret key to it (or the hardware wallet) can be an excellent depository of funds, especially during a crisis. The real examples of such cases of using cryptocurrency are Venezuela and Zimbabwe.

It is probably wise to keep funds in Bitcoin, which has become a recognized repository of value. This, in turn, will stimulate demand for this cryptocurrency, because people will tend to buy and store it, and sell – only as a last resort.

More and more companies are seeking to introduce blockchain technology in various industries.

In July 2018, Forbes named 50 public companies considering the introduction of blockchain technology . These are American Express, Oracle, IBM, Facebook, Comcast and others.

Their achievements in the development of blockchains are a positive signal for the future of the industry. Although this may not have a direct impact on the value of current cryptocurrencies, the successful use of the blockchain may encourage the adoption of cryptocurrencies in general.

Investing in cryptocurrencies is not just buying coins and waiting for their prices to rise. Using useful skills to create or develop something in this space is already an investment.

Creating useful products and services that complement this industry can also be attributed to investments. Although investments are often associated with the purchase of coins, do not think that this is all.

In 2018, the cost of most cryptocurrencies fell by more than 70% of record values. During the January highs, many wanted to buy bitcoins for $ 6000, although now they are skeptical. (However, such an idea should in no case encourage you to buy Bitcoin or any cryptocurrency at the current price – this example is given only so that you understand the logic of the investment process).

Whether we like it or not, at some point in the future, the financial system will change completely.