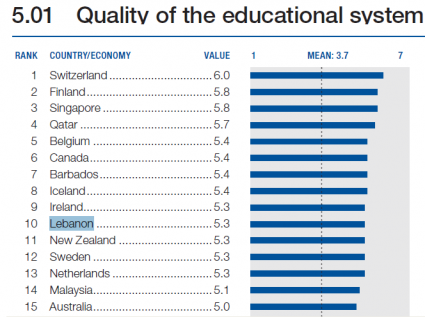 While some states prohibit any operations with cryptocurrencies , others continue to reflect on the legislation, still others are actively exploring a new technology. Here are five countries that are far advanced in this matter.

Switzerland has long entered the role of a neutral observer and a center for private financial and banking services. Is it possible to come up with a better place to stimulate the growth of cryptocurrencies with an emphasis on anonymity?

In fact, Switzerland declares its intention to become “kryptonation”, according to the Minister of Economy of this small alpine country. To this end, a “cryptodoline” was created in the city of Zug in the central part of Switzerland, which is essentially an independent, government-supported association aimed at creating a “global blockchain ecosystem and cryptographic technologies”.

In addition to its focus on innovation and the development of the blockchain industry, Switzerland is also known as one of the leading countries in the success of the ICO.

Japan is one of the most favorable countries for the blockchain and cryptocurrencies, probably due to technological advances and the willingness of the population to adopt new technologies.

According to Japanese media reports, the purchase and sale of Japanese yen is more than 50% of the global bitcoin . One of the reasons is that Japan officially recognized cryptocurrencies as legal tender in 2017. This is also facilitated by a very liberal regulatory environment in which Japanese cryptobirds operate.

Japan is famous for its advanced technology, as well as for its strange (for the Western world) "chips." The Japanese easily accepted cryptocurrencies and even made them part of another fashionable phenomenon – J-pop. There is, for example, a themed J-Pop group called “Virtual Currency Girls”, which has dedicated its work to cryptocurrency.

This law allows self-governing regulators to impose penalties for lack of a license. JVCEA includes 16 Japanese exchanges and evaluates exchange-based securities and cryptocurrencies.

The rapid introduction of technology and a proactive stance towards self-regulation of cryptocurrency make Japan one of the most cryptocurrency-friendly countries in the world. The fact that the technology in Japan was well received almost certainly guarantees the country the further progressive development of blockchain and cryptocurrency.

You might not have expected to see the United Kingdom on the list of the most cryptocurrency-friendly countries, but the British regulators unexpectedly left the cryptocurrencies alone, which led to the prosperity of the crypto community, enterprises and developers. In addition, the UK has advantages: a highly developed infrastructure, a skilled workforce and a good reputation.

Here you can draw analogies with Japan: recently, the seven largest blockchain companies have joined together to create a trading body of the British blockchain industry called CryptoUK.

CryptoUK is the first self-regulating cryptocurrency organization in the UK. Its creation is a proactive measure to avoid potential regulatory repression of blockchain projects in the UK. The authority has already issued a set of rules and is seeking to apply industry best practices to make the UK a safe place for blockchain and cryptocurrency projects.

With a view to CryptoUK, working together with British government regulators to create a safe environment for blockchain companies and investors. Currently, the focus is on British blockchain startups and ensuring that their platforms comply with the principles of “know your client” and countering money laundering.

Ikbal Gandem, chairman of CryptoUK, said that the alliance intends to "promote best practices and work with the government and regulatory agencies," adding that the organization can "set the tone for the future development of the overall regulatory framework."

Financial institutions in the UK are regulated by the Financial Conduct Authority (FCA), but current laws do not imply FCA control over cryptocurrency exchanges , brokers or businesses. This means that the boundaries and rules of a cryptocurrency business remain blurred, and the hands of its leaders in terms of ways of doing business are untied. Such non-interference of the state into the economy makes the UK a very attractive place for blockchain start-ups and existing business.

The CryptoUK Alliance wants to have a positive impact on cryptocurrency movement in the UK and help the British government formalize a regulatory framework that will not only help integrate existing cryptocurrencies into society and financial markets, but also strengthen the UK in its position as a center for innovation and blockchain community development.

The Netherlands, in particular the capital, Amsterdam, has long been known for free-thinking and a liberal lifestyle. More recently, in Amsterdam, the Bitcoin embassy opened its doors, where the most active members of the crypto-enthusiasts community are working to spread information and popularize cryptocurrencies.

Perhaps this will be news for you, but Amsterdam also has the reputation of being the best city in Europe for technology startups, and thanks to the wide distribution of cryptocurrencies, it has overtaken any other city in the world according to the number of installed Bitcoin-ATMs.

Even taking into account the prevalence and popularity of cryptocurrency in the Netherlands, the government did not seek to crush a new class of assets under existing legislation. In fact, the Dutch government even experimented with its own cryptocurrency called De Nederlandsche Bank Coin, or DNBCoin. Currently, in this progressive country of Northern Europe there is neither state control nor self-regulation.

However, things can change, since the Dutch Blockchain Coalition (DBC) is working on developing a regulatory structure that not only provides control, but also guarantees responsibility for the development of blockchain and cryptocurrency projects. The DBC includes more than 20 different organizations whose main goal at the moment is to find a way to introduce digital identification, which will keep up with the changing rules of “know your client” and laws aimed at combating money laundering.

The Netherlands Financial Markets Authority regulates financial products in this country, but does not currently supervise the primary placement of coins (ICO) . Instead, the Office notified the European Securities and Exchange Organization that the cross-border nature of the sale of tokens required action at the European Union level.

Another developed European country that you may not have expected to see in the list of crypto-friendly – but the zero tax on cryptocurrencies made it an extremely attractive place for enthusiasts.

The National Bank of Denmark even freed cryptocurrencies from regulation after deciding that they are not an official means of payment due to the absence of a central issuer.

However, the Danish government considered it its duty to warn citizens about the speculative nature of investing in cryptocurrency. And yet, it seems, it is not about actual regulation of cryptocurrency, instead, responsibility is shifted to the European Union.

But since the EU has not yet provided any clear laws in this area, the cryptocurrency in Denmark remains unregulated and tax-free – and this is exactly what determines the favorable environment for cryptocurrency in the country.