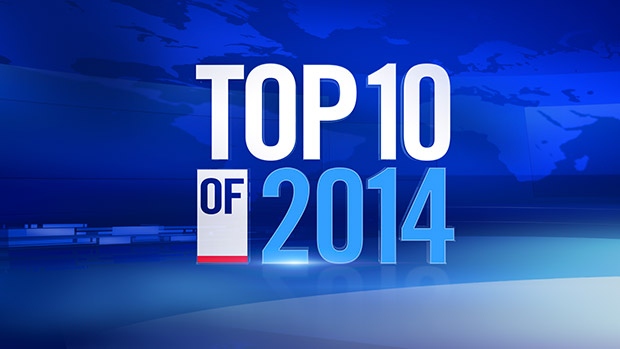 The most important events in the world cryptocurrency over the past week – the abnormal growth of Bitcoin on Bitfinex and fears Tether collapse, activation demand for alternative steyblokoiny, the launch date of the test version blokcheyn platform by Telegram and kriptoplatformy Bakkt, the launch of an institutional platform for trading cryptocurrency from Fidelity Investments and hardfork Monero.

This week all the attention of the crypto community has again been riveted on Bitfinex and Tether. So, on Monday, October 15, the price of Bitcoin on the popular Hong Kong stock exchange began to grow rapidly and as of 06:50 UTC reached $ 7,788. At the same time, for Bitstamp, for example, the maximum point was $ 6,756. Thus, the difference rate on these two exchanges amounted to more than $ 1000.

An abnormal growth of Bitcoin was observed on other platforms – mainly on those where the USDT is traded. For many in the community, this raised concerns about the possible collapse of Tether. Representatives of the latter quickly responded to such assumptions, saying that all USDT tokens are fully secured with fiat funds. However, as evidence, they referred to the report of the FSS company, which previously noted that the evaluation procedure was carried out "without complying with auditing and accounting standards."

Later, the media reported that Bitfinex had found banking partners in Hong Kong and Tether in the Bahamas.

At the end of the week, the price of Bitcoin has stabilized, and by Sunday the difference between the rates for Bitfinex and Bitstamp is about $ 200 – at the first cryptocurrency bargained around $ 6,640, at the second – about $ 6,450.

Against the background of the unfolding drama around Tether, other steyblecoins became very active. Several large exchanges have added support for "stable coins". So, this week, the exchanges OKEx and Huobi have announced the start of support for four stabcocoins:

Huobi also introduced a tool for their mutual exchange. Thinking about adding new steyblecoin to the listing and in the largest cryptocurrency exchange Binance .

This news is extremely beneficial to Gemini Dollar and Paxos Standard Token. On Tuesday, October 16, the Gemini Dollar reached an absolute maximum, reaching $ 1.19, and the PAX capitalization exceeded $ 50 million.

On Thursday, October 18, the planned Monero hardfork took place, after which Bulletproofs protocol was activated on the network of this privacy-oriented cryptocurrency. According to the developers, the network upgrade was successful.

The Bulletproofs protocol has replaced the “circular confidential transaction (RingCT) technology, and the developers expect that with its activation, the size of anonymous transactions in the Monero network will decrease by 80%, and the fees will be significantly reduced. These calculations confirm the CoinMetrics data: the average transaction fees in the main Monero network have decreased by more than 90% – from $ 0.60 to $ 0.02.

Note that it is already known that the next network upgrade will take place at block 1686275. It will activate version 9 of Monero software, which makes Bulletproofs required.

Hardfork Constantinople in the network Ethereum moved to 2019

The implementation of the Constantinople update, the second part of the Metropolis hardfork in the Ethereum network , is postponed until the beginning of 2019. This decision was made by the developers during a video conference on Friday, October 19th.

Initially, the activation of Constantinople in the main network was scheduled for November, but after finding a few bugs as part of testing on the Ropsten network, the developers decided to wait.

The delay in activating hard forks can also give developers time to add ProgPow code to Constantinople, which aims to combat ASIC miners .

On Monday, October 15, one of the world's largest asset managers, Fidelity Investments, announced the launch of a division focused on providing cryptocurrency trading services to institutional investors.

The new division has received the name Fidelity Digital Assets and will provide a platform for trading cryptocurrencies and consulting services around the clock and seven days a week. The platform already has first customers, but its launch for a wider range of investors is scheduled for the beginning of 2019.

Another popular offer from the company can also be a service for storing Bitcoin and other cryptocurrencies. We are talking about physical storage, distributed in different geographical locations and offering the so-called "cold" storage of digital assets.

The founder of the Galaxy Digital Bank and cryptoinvestor Mike Novograc immediately declared that this event will play an important role in the history of the first cryptocurrency and will push its price upwards.

Goldman Sachs, a major investment bank and billionaire company Mike Novograts, Galaxy Digital Ventures invested $ 15 million in two for BitGo Holdings, which is developing solutions for secure storage of cryptocurrency assets. After that, the total amount of funds received by BitGo during the Series B financing round reached $ 58.5 million.

The company provides services for the storage of more than 75 cryptocurrencies and tokens, and according to its own statement, there are assets for more than $ 2 billion in its vaults.

Bakkt crypto platform will be launched on December 12

The expected launch of the Bakkt cryptoplatform focused on large investors will take place on December 12 of this year.

In a recent Fortune interview with Bakkt, Kelly Lofler said that the cryptocurrency market is on the verge of a revolution comparable in size to the one that occurred on the energy market in the early 2000s.

“The digital market is as fragmented as the energy market in the early 2000s. ICE paved the way for an increasing number of institutions willing to trade in energy. This made it possible to form a modern liquid market, ”Lofler notes. “ We are about to witness transformations of a similar scale on the cryptocurrency market.”

Bakkt is a cryptocurrency unit of the Intercontinental Exchange (ICE), which is the operator of the New York Stock Exchange. Giants such as Microsoft and Starbucks are taking part in creating a new project positioned as an “ecosystem for digital assets”.

The launch of the test version of the Telegram blockchain platform will take place this fall.

The TON (Telegram Open Network) blockchain platform is preparing for a test launch, which will be carried out before the end of autumn. Vedomosti writes about this with reference to a letter in which the organizers reported on the development of the project to investors. The authenticity of the documents was confirmed by two investors participating in the mailing list.

According to the publication, at the time of receiving the letter in early September, the platform was 70% ready. According to the developers, work on most of the critical components needed to start testing has been completed.

Research in the field of cryptocurrency

Researches in the field of blockchain and cryptocurrency recently appear with enviable regularity, and the outgoing week has not become an exception.

Thus, the experts specializing in cyber security of the Group-IB company calculated that for the entire 2017 and the first 9 months of 2018, hackers broke into 14 cryptocurrency exchanges, stealing a total of $ 882 million. The report also noted that in 2017 cyber fraudsters took possession of 10% of all attracted during the ICO investment. The researchers added that one unnamed large group stole about $ 1 million investment per month, but the organizers of the ICO caused the greatest damage – 80% of the projects did not fulfill their obligations to investors and disappeared after fundraising.

Meanwhile, Ernst & Young has published a report on the dynamics of prices issued within the ICO tokens. It turned out that 86% of such coins are traded below the price when listing, and 30% have lost any value at all. At the same time, only 10 of the estimated 372 demonstrate reverse dynamics. At the same time, charges of 110 out of 372 projects accounted for about 87% of total investments in ICO, and only 25 have a working product or at least a prototype.

Another study , this time from the analytical resource CryptoCompare, showed that developers of 85% of cryptocurrency projects have the ability to make changes to the protocols at their discretion. According to the researchers, 55% of existing assets can be called fully centralized, 30% – half centralized. Only 16% of cryptocurrency projects fell under the classification of decentralized.

From more positive data, we single out a study by the recruiting company Glassdoor, according to which since the beginning of 2018, the number of vacancies in the field of cryptocurrencies and the blockchain has increased in the US So, if in August 2017, the number of vacancies for blockchain specialists was 446, at the beginning of 2018 – 693. In August 2018, this figure increased to 1775.

Almost half of the vacancies for blockchain specialists are concentrated in New York (24% of the total) and San Francisco (21%). In total, the country's 15 largest cities accounted for 79% of job offers in the field of new technology. The most popular specialty is a software developer – 19% of the total number of vacancies. However, there is a need for product managers, marketing and risk management.

The head of the Central Bank of the Russian Federation, Elvira Nabiullina, believes that interest in cryptocurrency in Russia has begun to fall. However, the head of the Central Bank does not see anything wrong with the rapid development of the cryptocurrency industry and the introduction of innovative solutions to automate business processes and speed up the transfer of money to anywhere in the world.

State Duma deputy from the LDPR faction Vasily Vlasov wants to put forward a bill to parliament that obliges Russian civil servants to report on the state of their cryptocurrency accounts. Vlasov stressed that cryptocurrency can now be used to conceal income derived from shadow financial schemes, which is what officials use.

The Financial Services Authority of the United Kingdom announced its intention to form its policy on digital currencies by the end of the year. The financial regulator has made such an item in the business plan for 2018-2019. Six months ago, he published a warning that companies offering cryptocurrency derivatives are not endowed with the appropriate powers.

The US Securities and Exchange Commission announced this week that it is launching its fintech hub to collaborate with companies that use blockchain, artificial intelligence and other innovative technologies.

The Tax Policy Committee of Japan wants to simplify the process of providing tax reports on cryptocurrency transactions. According to the authorities, the new system will encourage cryptocurrency holders to exit from the shadows.

Hong Kong authorities will protect cryptocurrency investors by regulating trading platforms. Hong Kong authorities do not plan to prohibit crypto-trading, but intend to strengthen control over the course of trading and increase the transparency of transactions for the sale of digital assets.