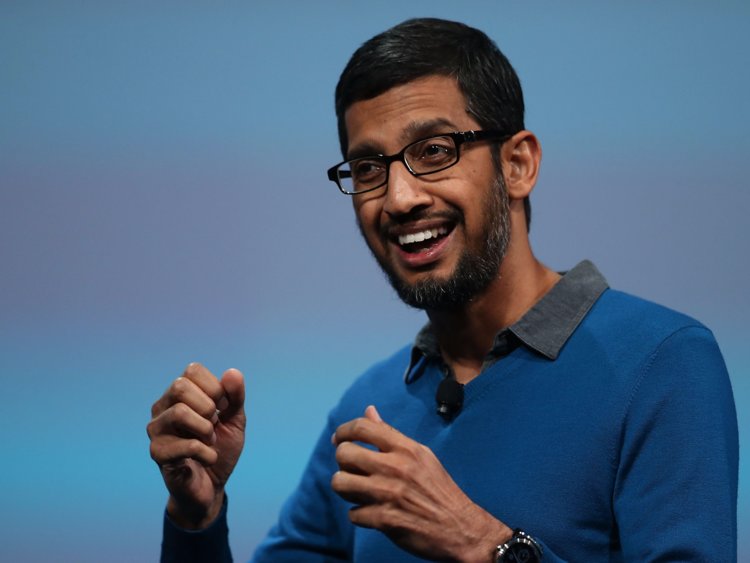 Google co-founder Sergey Brin and CEO Sundar Pichai have, in addition to work, a lot in common. Both billionaires have sons who are well versed in cryptocurrency and mining Ethereum .

According to Business Insider, Pichai reported that his 11-year-old son mined Ethereum on a home computer that Pichai collected himself. He spoke about this during the New York Times DealBook conference this week. In general, his speech was devoted to technology dependence and the importance of limiting the time that children spend behind the screens of various devices.

“Last week I dined with my son and said something about Bitcoin, and my son corrected me, saying that I was talking about the broadcast, and these are slightly different things, ” Pichi recalled. “ He is 11 years old, and he told me that he mined him.”

When Pichai was asked if he had assembled a server to help his son in his mining activities, he replied that he had not, and assured that he had only one computer at home.

According to Pichai, his son understands more in virtual than in fiat currency:

“I had to explain to him how paper money actually works, ” Pichai said with a laugh. – I realized that he understands the broadcast better than the way paper money works. I had to tell him about the banking system, about its importance. It was a good conversation. ”

In July 2018, Google co-founder Sergey Brin announced that the mine was broadcast along with his son:

I told him: "Well, if we buy a gaming PC, we will have to mine cryptocurrency." Therefore, we put on it software for mining ether. "

Bryn – whose fortune is 47 billion dollars – added that he and his son even managed to make some money from crypto mining . “We earned a couple pennies and dollars,” he joked.

In May of this year, Bryn announced that the mining of the ether is one of the most important factors of the “explosive growth of computer computing” that underlies the “technological revival”.

Bryn wrote about this in an inspirational letter to investors, which also contains the following lines:

"We are in the midst of a technological renaissance, and this is an amazing time when these technologies are used in almost any segment of modern society."

“There are several factors that have played a role in the explosive growth of computer computing. First, of course, the smooth and constant hum of Moore's law … The second factor is the growing demand made possible by improved graphics in games and, surprisingly, GPU-compatible PoW-algorithms that can be found in leading modern cryptocurrencies like the ether. "