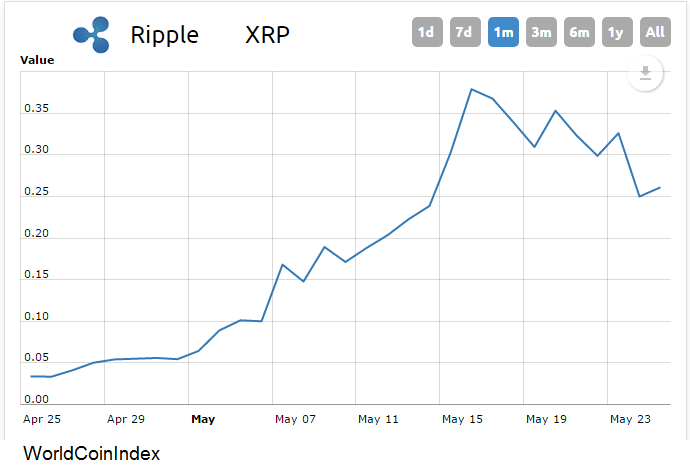 The number of transactions with the Ripple project altcoin has increased sharply over the past few days, the indicator has approached a historic high of 1.7 million.

According to data from the BitInfoCharts service, which specializes in monitoring the activity of cryptocurrencies, XRP currently accounts for more than 50% of all operations in which crypto assets are involved. Ethereum is in second place, while Bitcoin and Bitcoin SV are in third place.

The last time an altcoin startup from San Francisco showed similar results at the end of 2017 and early 2018, that is, at a time when the digital asset market was at its peak. Over the past week, the number of transactions with XRP has grown by 128% – somewhere from 730 thousand to 1.6 million. It is not known for certain what could become a trigger for such dynamics, however, there are suggestions that the Swell event, which should take place next month, could affect the activity. Interestingly, analyst Luc Martin recently announced that the Ripple rate will increase by about 8% during the Swell conference. Also, the partnership with the Moneygram payment service, whose representatives are currently studying the possible cases of the effective use of cryptocurrency, could influence the XRP performance.

In addition, venture capitalist Tim Draper recently defended Ripple. He said that, given all the achievements of the project, Ripple should have already shown good growth – somewhere to $ 0.6 or even $ 0.9, but in the future it will become more noticeable. So far, the coin is trading around $ 0.29.