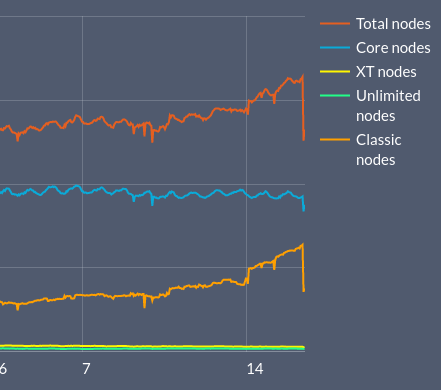 “Has anyone already been on Silk Road? This is something like anonymous amazon.com. I don’t think they have heroin, but they are selling another stuff there. They use Bitcoin and Tor for anonymous transactions. Tell me what you think about it. "

This post in 2011 on the Bitcointalk forum was published by the user under the nickname altoid . As it turned out later, this was the first marketing ploy by Ross Ulbricht, the creator of the legendary darknet-site of Silk Road, arrested by the FBI in October 2013. Subsequently, he was tried and sentenced to life imprisonment.

Five years after Ulbricht's exposure, we offer to recall how his project helped drug dealers to hide from the Big Brother's gaze and what role he played in the life cycle of Bitcoin.

The dream of cypropunks and anarchists

Everyone has the right to live at the call of the heart, if his actions do not harm others.

Creating the Silk Road, the 26-year-old physicist Ross Ulbricht was guided by this very principle. He sought to free people from prohibitions and total control by states.

If you do not take into account the specifics of the goods sold on the site, Silk Road was an example of a harmonious interaction between the free market and decentralized payments.

The beginning of the Silk Road

Initially, Ross Ulbricht called his project “Underground Brokers”, but later changed to Silk Road. From January 2011 to October 2013, the Silk Road website allowed you to buy drugs online without contacting street dealers. Bitcoin became the settlement currency at the site.

The first product on the site were pisilocybin mushrooms grown by Ulbricht himself. Four months after launch, Silk Road has already offered 300 positions. A year later, 350 proven dealers offered their goods on the site.

At the initial stage of Silk Road, Ross Ulbricht processed all Bitcoin transactions manually. From each purchase, he took a commission from 2 to 10% depending on the size of the order. By August 2011, he received about $ 30,000 commission.

In order for merchants to treat transactions responsibly and not sell low-quality goods, a feedback mechanism was in place on the site. The buyer could rate the package on a scale from 1 to 5. Reviews allowed to exclude unscrupulous dealers.

The Role of Silk Road for Bitcoin

In early 2012, Silk Road was the only place where Bitcoin payments were regularly made. To combat Bitcoin volatility, Ross introduced a hedging mechanism. He allowed users and buyers to fix the price of a future transaction and not worry about the “jumps” in the price of cryptocurrency.

In those moments when the site was unavailable, the course of Bitcoin began to fall. The opposite effect helped to achieve material from Gawker. On June 1, 2011, the Internet tabloid published an article about Silk Road based on the stories of site visitors. After its publication, 1000 new users joined the platform, and the price of Bitcoin on the MtGox exchange rose to a mark above $ 10.

However, the Bitcoin-Tor-Silk Road idyll could not last forever. On June 5, 2011, New York State Senator Chuck Schumer called on law enforcement to close Silk Road. Then he described Bitcoin as one of the methods of money laundering and called it a tool for criminals.

Nevertheless, the noise raised by the senator went only to the benefit of the darknet platform. After the publicity, 10,000 registered users have already appeared at Silk Road. By mid-2013, their number reached a million.

In the fall of 2011, agents of the Department of Homeland Security in Maryland launched an investigation into the Silk Road case. Subsequently, the operation received the name "Marco Polo" in honor of the traveler, who followed the Silk Road to China.

The first breakthrough in the case was the arrest of a user of the site under the nickname digitalink in January 2012. It turned out to be a heroin and ecstasy dealer named Jacob George, who subsequently received a six-year prison sentence.

The agents of the special services created a nob account on Silk Road to reach the main site administrator under the name Horrible Pirate Roberts . Later, Ross Ulbricht stated that it was not only he who wrote under this account.

In an interview with journalist Andy Greenberg Horrible Pirate Roberts admitted that he is not the founder of Silk Road. According to him, he found and fixed a bug in the security system, and later bought the site. Who else led the resource remains a mystery.

The end of the darknet drug empire

By the end of 2012, agents from a nob account put up for sale a kilo of cocaine. The package with the goods for further shipment was delivered to the senior administrator of the site chronicpain . So undercover agents came to a significant figure in Silk Road – 47-year-old Curtis Green. He had access to messages and financial transactions of users of Silk Road. At this point, FBI agents from New York State joined the search for the Terrible Pirate Roberts .

In the summer of 2013, on the Canadian border, a US border patrol intercepted fake IDs with photos of Ulbricht. Then, law enforcement officers came face to face with the creator of Silk Road, but this did not result in detention. Ulbricht stated that he did not know the origin of the documents. Agents continued to collect evidence.

At about the same time, FBI agents declassified the location of the Silk Road servers. How they managed to “outwit” Tor remains a mystery . Ulbricht’s lawyers later accused the FBI of using illegal tools during an investigation.

“There are a number of theories about this. Some have suggested that the FBI used the development of the National Security Agency to crack the Silk Road, ” said computer security expert Runa Sandvik.

In the fall, during a special operation, the FBI detained Ulbricht at the San Francisco City Library. Investigators found in Ross’s laptop evidence to prove his involvement in Silk Road. Then came the end of the Darknet drug empire.

As intelligence agents said, they came to Ulbricht because of his mistake. Agents found a post on Bitcointalk, in which Ulbricht under the nickname altoid indicated mail with his real name.

After the detention of Ulbricht began hunting for other administrators and traders Silk Road. In particular, Irish Gary Davis and Canadian Roger Thomas Clark, known under the pseudonym Variety Jones, were detained.

In May 2015, US district judge Katherine Forest sentenced Ulbricht to double life imprisonment. He was found guilty of drug trafficking through the dark-marketplace Silk Road, conspiracy to transport drugs, hacking computer networks and money laundering, as well as leading a criminal organization. The judge said that Ulbricht considered himself above the law when creating a market for drug trafficking.

In December 2017, Ross Ulbricht stated that he intended to challenge the sentence handed down to him in the US Supreme Court. He claimed that his rights were violated during the investigation and the ensuing legal process. But in June 2018, the Supreme Court rejected the petition.

Ulbricht’s struggle is not over. In July, Maryland Attorney Robert Gur filed an application for the removal of charges of contract killings from Ross Ulbricht, founder of the darknet marketplace.

Ross had previously been charged with hiring users of the site under nob and redandwhite nicknames to kill Curtis Green and several blackmailers who allegedly threatened to disrupt the site and merge information about users. However, in both cases, the prosecution did not present evidence that one of the “victims” was actually killed. Ross Ulbricht believes that it was these accusations that caused the harsh sentence.

At the same time, the organizers of Free Ross Ulbricht posted a petition on Change.org asking the US President Donald Trump to pardon the founder of Silk Road. By the time of writing, more than 87,000 people have signed it.

US bailiffs (USMS) seized more than 144,000 BTC from Ulbricht, which was then valued at $ 122 million. USMS also confiscated 29,000 BTC from various wallets related to Silk Road.

Ross Ulbricht completely abandoned claims for millions of dollars in Bitcoin equivalent confiscated by US authorities.

It is noteworthy that some intelligence service officers involved in the withdrawal of bitcoins appropriated the confiscated cryptocurrency . In particular, the story of a United States Secret Service agent named Sean Bridges, who stole 20,000 BTC, was notable.

While in prison, Ross Ulbricht and his project continue to remind of themselves. For example, in September, the crypto community actively discussed the news that thousands of Bitcoins at Silk Road-related addresses were set in motion.

What is happening now?

After the closure of the original Silk Road, the online drug trade did not stop, which, however, was predictable. There were copies of the site: Silk Road 2.0, Silk Road 3.0. However, they did not last long. To date, in the darknet, you can find the site Silk Road 3.1.

A report by the European Union Police Service called Internet Organized Threat Assessment states that in 2017 the security services closed at least nine large darknet sites for the sale of illegal goods, including AlphaBay and Hansa. However, this led to the expansion of smaller platforms. For example, visitor traffic increased by 20% in the English Dream Market. In large markets such as Wall Street, TradeRoute and T-Chka / P-int, attendance rose by 290%, 475% and 840%, respectively.

“Law enforcement is only a small part of the risk for people who sell drugs. An even greater risk in this environment are other criminals. When selling “from hand to hand,” there is always an amateur to cripple, or even kill a dealer, to get to his money and stocks of substances , ”said University Professor Macquarie James Martin, adding that online trading of illegal goods is safer.

Ross Ulbricht paid for his attempt to create a free marketplace without borders. In prison, he received a position as a library supervisor, teaching prisoners, meditating, and hoping for a better future.

Some people ask what I’ll get out someday.
Where I can start a family.
Beyond that, you can contribute through entrepreneurship and #CJReform activism.

Recently, on Twitter, Ross thanked Donald Trump for pardoning Alice Marie Johnson, convicted in 1996 for organizing the cocaine trade for life imprisonment. Whether a pardon for Ross Ulbricht awaits is an open question.