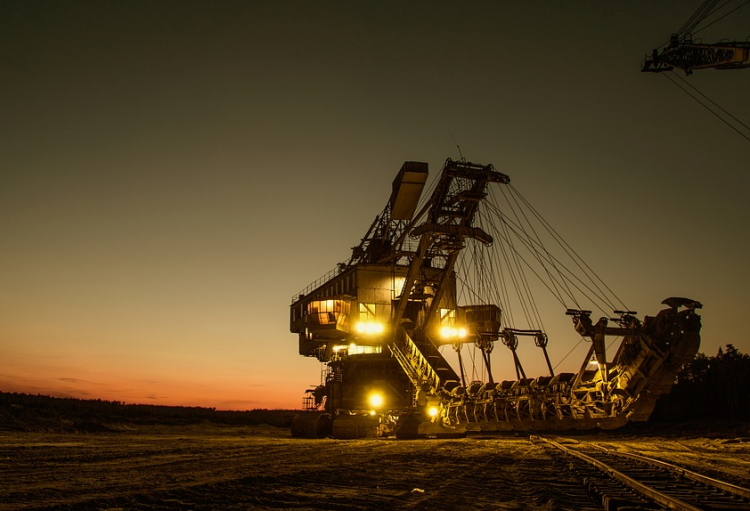 The double blow, which consisted in falling prices and the ever-increasing complexity of mining, in 2018 became a complete knockout for Bitcoin miners. In this regard, let us consider whether to continue to mine bitcoin in 2019, and which altcoins can be a good option for the next year.

For bitcoin mining in 2019, only cloud mining is practically the only profitable solution, since it minimizes all the costs associated with the placement, configuration, maintenance, maintenance and monitoring of equipment.

At the same time, looking ahead, we note that Bitcoin mining (BTC) is the most reliable investment in our opinion, since there are no assets equal to BTC in importance and reliability in the cryptocurrency market.

Choosing a cryptocurrency for mining

Due to the decline in mining volumes, cryptocurrency is quite difficult to choose a new coin, given that price forecasts change almost every day. It is necessary to conduct a deep fundamental analysis, namely, to study the technology of the coin, the development team, etc.

This article lists the main factors that are important to consider when mining coins:

And do not forget about the "red flags", seeing that, you must abandon the production:

Determine the profitability of mining

After you have settled on a coin that satisfies all the parameters listed above, you must make sure that the mining will provide a profit (quite a difficult task, given the current state of mining cryptocurrency).

There are many factors that you have to take into account, for example, electricity costs, mining complexity, etc. We will not list all these items, as there are many calculators for a comprehensive calculation of the production of cryptocurrency .

And one more important point that you need to keep in mind is that these parameters constantly fluctuate, which makes the mining industry unpredictable.

Case in point: at the beginning of the year, the mining giant Bitmain was forced to lay off half of its employees and experienced several serious internal conflicts. So far, the achievement of the previous sustainable situation is not necessary.

Let's start with the No. 1 cryptocurrency – Bitcoin , the mining of which turned into a multi-billion dollar business. In December of this year, the complexity of mining BTC decreased by 15% due to the fact that small miners massively left the market. Their place was taken by large mining farms, and they opened with more high-tech equipment than the previous participants in crypto-mining.

And this is not surprising, as it was recently estimated that mining Bitcoin is still 50 times more profitable than mining one of its forks Bitcoin SV.

The same applies to other currencies of Ethereum , which throughout the year 2018 was faced with bearish trends. Miners who have access to low electricity prices still remain in business, earning a certain profit.

A positive moment was the fact that due to an unexpected increase in prices in April, BTC miners managed to earn $ 305 million (which is 30% more compared to the previous month). It is noteworthy that in April, the commission for Bitcoin transactions jumped by as much as 250%, putting an additional $ 14 million in the miners' pockets.

According to Cryptocomes, China is currently considering banning mining of bitcoins due to its alleged negative impact on the environment. Such a turn of 180 ° is unlikely, but if it does happen, it can really be a turning point for Bitcoin, since a third of the miners will be ousted from the market and miners from other countries will get a significant profit increase.

Now Monero is the 13th largest currency by market capitalization. Given the resistance to ASIC mining, this confidential cryptocurrency is especially attractive to miners. This means that you can mine Monero without buying expensive equipment, thereby breaking the Bitmain monopoly, which has already been shaken noticeably.

Bitmain developed a special miner for Monero, but the development team supplanted it with the help of a fork, which made mining ASIC ineffective.

Of course, due to the recent exodus from the market of miners, Monero's mining yields have declined, but low prices for video cards combined with low power consumption are still a good combination for mining Monero in 2019. However, despite the presence of positive price forecasts, you should not expect to receive daily profits from the sale of XMR.

Alternatively, you can consider mining another private cryptocurrency ZCash , which is responsible for more than 90% of all Equihash mining. In July 2018, ZCash hit the news headlines thanks to the outstanding mining profitability, which beat Bitcoin by 400%.

On April 24, the Zcash hash rate reached its historic maximum of 4 Gigahesh / sec, which marked a 42% increase from the beginning of 2019.

Grin is another PoW-based coin to consider when mining on a CPU (processor). Its developers have also made a choice in favor of ASIC resistance, which will be achieved with the help of hard forks held every six months.

Litecoin is another original cryptocurrency that has existed since 2011. It is a good option for those who want to choose an already settled currency instead of coins without their own history.

LTC stands out due to fast transaction confirmation (block generation time is limited to ten minutes) and a more efficient storage solution.

A quick look at r / litecoinmining will show that the community is now in a bad mood and is mining for the sake of heating their home or maintaining their hobby. A recent price forecast showed that after the jump in prices in April, Litecoin is on a bullish path. In addition, it is expected that the halving Litecoin, scheduled for August 6, will be the main catalyst for growth.

This altcoin is a good solution for mining in 2019. Ravencoin was created using a fork of a bitcoin code. His mission is to efficiently create and transfer Bitcoin and Ethereum assets. Ravencoin is an open source American blockchain that has recently gained popularity due to the X16R algorithm using PoW mining .

Immediately it should be noted that the mining of RVN using ASIC will fail; developers from the first days of the creation of this altcoin announced their rejection of these devices. Mining speed can vary, therefore, mining only him, you may incur losses. That is why we recommend joining a large pool.

Consequently, BTG miners will not have to throw out the equipment and close the business if the cryptocurrency price does not correspond to price forecasts.

We have listed some of the traditional options, but it is difficult to reduce your choice to a specific coin when you have more than 2000 options. Therefore, it is advisable to extract several coins at once in order to insure against possible losses. However, Bitcoin is definitely worth making the foundation of your cryptocurrency portfolio.

The best coins for mining on the CPU (processors)

Yes, you heard right – in 2019 mining using the CPU is still relevant. Of course, do not think that using your old laptop, you can earn at least a dollar. Below is a list of coins, the price for which one day can soar:

You can also track new CPU coins using the site newcpucoins.com. The cryptocurrency market is still in its infancy, so there is a high probability that in the future the value of the new coin may explode (just try not to sell it prematurely).

Do I need to mine cryptocurrency in 2019?

Over the past few years, the mining of cryptocurrencies has turned into an enterprise of industrial level, so the days when it was possible to earn money with it were mostly over. In the first half of 2018, prices for cryptocurrency began to fall, and many miners were forced to leave this business.

However, in 2019 the situation changed and the mining became quite profitable again, at least if we talk about cloud mining, because it minimizes all the costs associated with the placement, configuration, maintenance, maintenance and monitoring of equipment. A detailed review of cloud mining services can be found here .

Publication date 07/26/2019
Share this material on social networks and leave your opinion in the comments below.