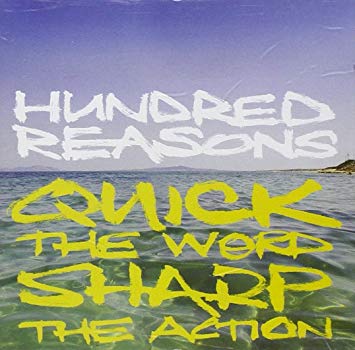 From mid-week, the digital asset market is in red, marking a 12-month low. So, from Wednesday to Thursday, the total capitalization of the digital assets market declined by almost 14%, falling from $ 210 to $ 180 billion.

According to Coinmarketcap, today the total capitalization of cryptocurrency is slightly higher, at $ 182 billion. Nevertheless, this is the lowest figure since the beginning of the year, during which the market has never dropped below $ 200 billion. We offer an analysis of the possible causes of such a sharp collapse and comments from leading experts.

The collapse of cryptocurrency courses November 14-15

However, by Friday morning the situation had stabilized, and, according to Coinmarketcap, the total market capitalization added $ 4 billion, amounting to more than $ 184 billion. Despite the fact that the bitcoin rate fell by another 1.3%, the rates of Altcoin Ripple (+ 2.8%), Stellar (+ 4.7%) and Eos (+ 0.8%) went up.

Possible reasons for the fall of the cryptorink: expert opinion

Among the key events that influenced the instant collapse of the cryptocurrency market, first of all, it is worth noting the hardfork Bitcoin Cash network that took place on November 15 . The update of the fourth network in terms of cryptocurrency capitalization on the market caused a split in the crypto-community by launching two competing chains, Bitcoin ABC and Bitcoin SV.

According to Brian Kelly, the head of the investment company BCS, this hardfork caused the “civil crypto war”, as a result of which some market players chose to withdraw their assets, which, in turn, gave rise to a massive collapse of cryptocurrency quotes.

Speaking of hard forks Bitcoin Cash, it is worth noting that, despite the official support of large mining pools of Bitcoin SV, today Bitcoin ABC has a significant share of the network's hashrate – 67%, while Bitcoin SV has only 13%. At the same time, the Bitcoin ABC chain overtakes Bitcoin SV by 45 blocks.

The past hardfork is not the only reason for the collapse of Bitcoin and the cryptographic market. According to the senior analyst of the eToro cryptocurrency trading platform, Mati Greenspan, factors affecting the market situation also include the sale of shares of technology companies and the likelihood that a bitcoin exchange rate falling below $ 6000 triggered automatic execution of stop-loss orders on cryptocurrency exchanges .

In turn, the founder of Metal Pay blockchain-company Marshall Heiner believes that the current collapse was caused by the revision of short-term expectations regarding the bull trend in the market, which, according to some players, would happen at the end of the year. As a result, these players decided to keep their assets and wait for a more prosperous time to trade.

Donald Bullers from the company from Elastos, who sees the key reasons for the collapse in the past forks Bitcoin Cash and analysts' forecasts, which predict a long bear market in 2019, shares a similar opinion. As Bullers noted , crypto investors quickly respond to any changes in the market, which we saw in the past market as an example.

CoalShares Director of Strategic Development Maltem Demirors also believes that the main reason for the sharp collapse was the withdrawal of assets by financial institutions and the hard forks of the Bitcoin Cash network. But, according to the representative of the company, before the end of the year several events will occur that will positively affect the situation on the crypto market.

Since December 12, will launch trading platform kriptovalyutnaya Bakkt, intended for institutional investors. At the same time, the investment company Fidelity Investments is working on launching a service for working with cryptocurrencies.

Speaking about the future of the crypto market, Rohit Kulkarni, managing director at SharesPost, noted that he sees three factors that will affect large-scale changes in the next six months:

“First of all, there will be more clarity regarding the position of regulators, which can encourage positive market development. Also, a few promising blockchain startups that have held crowdsales over the past year will present their innovative commercial products. And the final factor will be the growth of investments from experienced, well-informed market participants, as well as the accumulation of institutional capital, with the result that investors will mark the bottom of the market. ”