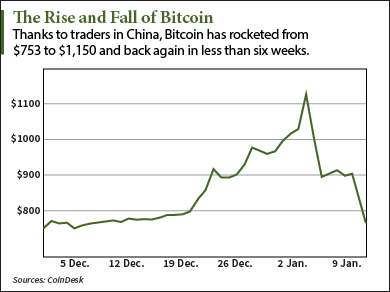 On Wednesday, November 14, the price of the first cryptocurrency dropped to one of its lowest values ​​in 2018. As of 17:00 UTC, the weighted average rate of Bitcoin, according to the CoinMarketCap, was $ 5877.72, capitalization dropped to $ 102 billion.

Support for $ 6,000 was also broken at Bitfinex, where the last weeks the first cryptocurrency has been trading several hundred dollars higher. Here the rate went down to $ 5860 ($ 6000 at the time of publication).

The minimum weighted average rate of Bitcoin this year was fixed on June 24, when the price dropped to $ 5826.41.

Bitcoin prices have been declining since the beginning of the week, but today's drop, which was preceded by a break through the support level of $ 6,200, turned out to be the sharpest in the last 72 hours.