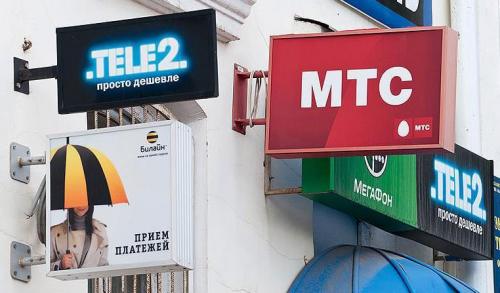 Three Big Four operators were asked to test the system of the Russian DPI through deep filtering of traffic. The test also aims to show the possibility of blocking Telegram messenger and reduce the speed of access to YouTube and several other major Internet services, RBC writes.

The proposal to test equipment for deep traffic filtering (Deep Packet Inspection; DPI) on their networks in any region received, in particular, MTS, MegaFon and VimpelCom. The system was developed by RDP.RU and showed the best results during the tests.

At the same time, telecom operators were asked to provide information on the device of their network to the federal service in order to decide in which regions they will be tested and where exactly and in what configuration the DPI equipment should be installed.

In order to switch to DPI, operators will need to install a special device, which will be able to analyze all subscriber traffic and allocate specific packets. In contrast to blocking by IP addresses, DPI, it is claimed, will allow you to block individual sites and services without harming other resources.

During the tests, Roskomnadzor wants to check the possibility of filtering data from the registry of prohibited resources and, first of all, the Telegram messenger.

In Roskomnadzor, the decision to choose a system from RDP.RU is explained by the 100% effectiveness of blocking this messenger.

“According to the results of testing on the Rostelecom network last year, the DPI-system from RDP.RU received, so to say, a“ test ”. There were some questions from the regulators to it, but in general, the system was successfully tested. Therefore, I am not surprised that they decided to make the testing more ambitious and deploy more operators on the networks already, ”RBC.RT.RU co-owner Anton Sushkevich quotes RBC.

However, he did not comment on the information about the new testing of Runet for “sovereignty”. Representatives of Roskomnadzor, MTS, VimpelCom and MegaFon also declined to comment.

The idea of slowing down the speed of access to individual resources, which is a violation of the principle of network neutrality, has been discussed in Russia for about a year. In May 2018, the head of Rostelecom, Mikhail Oseevsky, explained the need for such a measure by the fact that it would shift part of the cost of storing content within the “Yarovoi package” from Russian telecom operators to foreign Internet companies such as Google and Facebook. In case of their refusal, operators could reduce the access speed for subscribers to the services of these companies.

“A number of industry experts have concerns that equipment installed to counter threats (as part of the sovereign Runet bill) can later be used to prioritize the traffic of some resources and to discriminate others, consciously or as a result of work disruptions, ” said the head of the Russian Association of Electronic Communications (RAEC) Sergei Plugotarenko.

The bill on “sovereign Runet”, sponsored by senators Andrei Klishas and Lyudmila Bokova, as well as deputy Andrei Lugovoi, was submitted to the State Duma in mid-December 2018. Its purpose is to protect the Russian segment of the Internet from external threats.

The document, in particular, instructs all telecom operators to install special equipment on their networks. In the event of threats to the integrity, stability and security of the functioning of the Internet, Roskomnadzor will be able to centrally control the routing of traffic.

Installed equipment will also filter traffic, restricting access to resources prohibited in Russia. According to the program "Digital Economy", the costs of this bill are planned in the amount of more than 30 billion rubles., Of which 20.8 billion rubles. should go for the purchase of equipment.

In February 2019, the bill was passed in the first reading, the date of the second reading has not yet been appointed.

Recall earlier this week Roskomnadzor demanded from the owners of 10 large VPN services to connect to the state information system (FGIS). Otherwise, the agency threatened to block the services.