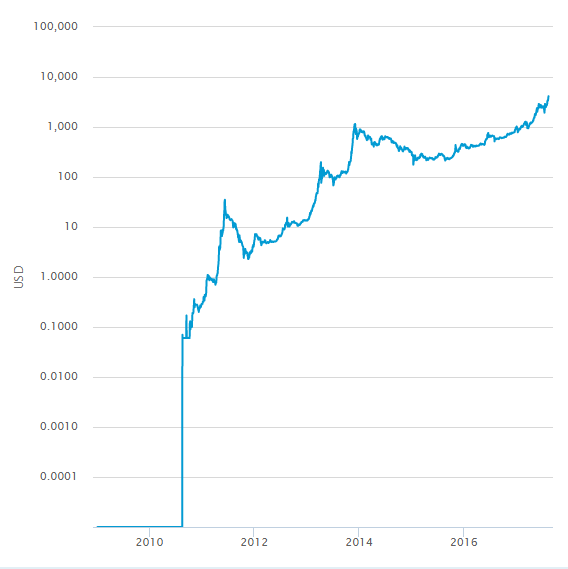 Along with the growth of the exchange rate, there was an increase in trading volume. So, on the Coinbase exchange for the two-hour period, 322 bitcoins were exchanged, while in previous similar segments the value was 20-50 BTC or less.

However, a number of altcoins today surpass Bitcoin. Ethereum , for example, climbed from $ 179 to $ 195, also at higher volumes. Events are developing simultaneously with the Ethereum developers DevCon conference in Osaka, which is taking place these days.

In the top ten, Binance Coin excelled the most; its rate grew by 9%. Earlier today, Binance announced the launch of peer-to-peer trading of BTC, ETH and USDT paired with the Chinese yuan and the possibility of depositing funds through the payment services Alipay and WeChat Pay.

Chainlink also rose 10% within 24 hours; over the week, its growth was 45%, which allowed him to reach the 14th line in the list of the largest crypto assets CoinMarketCap.

Among the leaders was Maker, who took 23rd place – he grew by 18%. Maker Foundation CEO Roone Christensen at DevCon announced that his organization intends to launch new types of secured debt positions for the Dai stablecoin and additional services, such as the possibility of receiving interest payments on assets in Dai.

Siacoin rose by 17%. This was preceded by a Kraken cryptocurrency listing announcement . Previously, Siacoin developers reported that they were able to come to an agreement with the US Securities and Exchange Commission (SEC) during the proceedings due to a violation of securities laws, and agreed to pay a fine of $ 225,000

The segment's capitalization today rose by $ 10 billion and reached $ 232 billion, the Bitcoin dominance index fell below 67%.

Publication date 10/10/2019
Share this material on social networks and leave your opinion in the comments below.