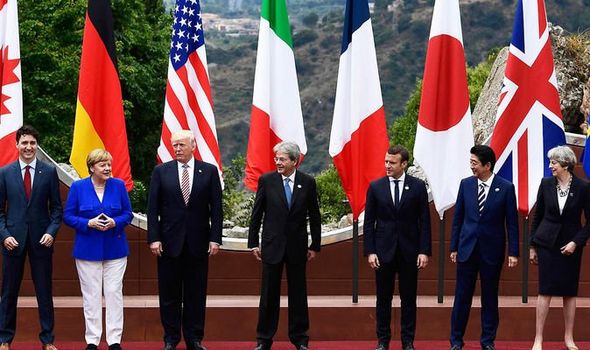 The G7 working group, focused on exploring the potential impact of stablecoins on the global economy, has released a new report . Among other things, it states that Bitcoin could not become a reliable repository of values or a means of exchange for its users.

In this regard, the document focuses on the increasingly widely used stablecoins, which are virtual tokens designed to track the value of various traditional assets, such as the US dollar or gold.

In a summary of the G7 report, the stylecoins are placed above other cryptocurrencies, including bitcoin:

“Stalkcoins have many characteristics of crypto assets, however, they stabilize the price of a“ coin ”by linking its value to an asset pool.”

Which, of course, is fundamentally wrong, because, due to its significant differences, both assets are in principle incorrect to compare. Nevertheless, do not rush to blame the G7 working group for this misconception due to the large number of publications and materials that do not correspond to the real situation.

In the end, Coinbase also claimed at the time that its stablecoin has “all the benefits” of cryptocurrency. Of course, true crypto enthusiasts cannot be confused:

“The claims that the stablecoin USDC has“ all the advantages of cryptocurrency ”should be understood as a transition from marketing to simple lies (via https://www.coinbase.com/usdc)

The idea of Bitcoin was to make transactions that cannot be carried out with the help of regulated systems such as banks and US dollars. ”

Does saying the $ USDC stablecoin enables "all the benefits of cryptocurrency" cross the line from marketing to just straight up lying? (via https://t.co/4Wtf6qrymP )

Thought the point of #Bitcoin was to make transactions you can't make with regulated systems like banks or $ USDC . pic.twitter.com/DkXRA4pf4B

According to the idea of its creator Satoshi Nakamoto, bitcoin is designed to eliminate third-party storage of digital money:

Although the system works well enough for most transactions, it still suffers from the flaws of the trust-based model. ”

The exclusion of third parties is not possible with stablecoins, since they are secured by traditional assets that are tightly controlled. Thus, behind every stablecoin is a bank account or vault with a small amount of gold.

Projects that try to create more decentralized versions of stablecoins, such as MakerDAO on Ethereum, in one way or another are based on some degree of centralization.

This factor is often overlooked throughout the altcoin market. There is still no complete clarity as to whether the definition of cryptocurrency should be applied to centralized assets such as XRP, the Ripple token , or the Libra project from Facebook .

As an illustration of the centralization problems associated with stablecoins, the report of the G7 working group describes how, before their creation, projects of this type should be approved by the regulatory authorities:

“For stablecoin developers, a solid legal framework in all relevant jurisdictions and legal clarity for all members of the stablecoin ecosystem — coin holders and issuers — is an absolute prerequisite.”

Facebook representatives responded to this report that they are ready to work with regulators. The creation of Bitcoin was announced in the mailing list about 11 years ago, its launch took place a few months later. As you can see, Satoshi did not ask for any approval.

The question of whether Bitcoin should be considered resistant to opposition from the government is not so simple to answer unequivocally. Currently, there are problems associated with the centralization of mining, lack of confidentiality and exposure to political or social attacks. However, at least two members of the US Congress consider it impossible to ban Bitcoin.

The new report of the G7 working group concludes with a statement that Bitcoin failed, “having failed to become a means of payment, having suffered from unstable prices, scalability restrictions, complex user interfaces and problems in the field of management and regulation.

Thus, crypto assets have become a class of speculative assets for those engaged in illegal activities. ”

Contrary to this conclusion, bitcoin is growing in almost all respects – transaction volume, payments, prices, hashrate, etc. Despite its volatility, over the past 10 years, bitcoin has objectively served as a much better way to save value.

If we talk about volatility, then this fact is an illustration of its decentralization and uncontrollable nature. It is not affected by the actions of the authorities regulating the money supply, however, they directly affect the stability of the stablecoins.

With regard to utility as a means of payment, progress is achieved with the help of scalable solutions of the second level, such as the Lightning Network .

Publication date 10/23/2019
Share this material on social networks and leave your opinion in the comments below.