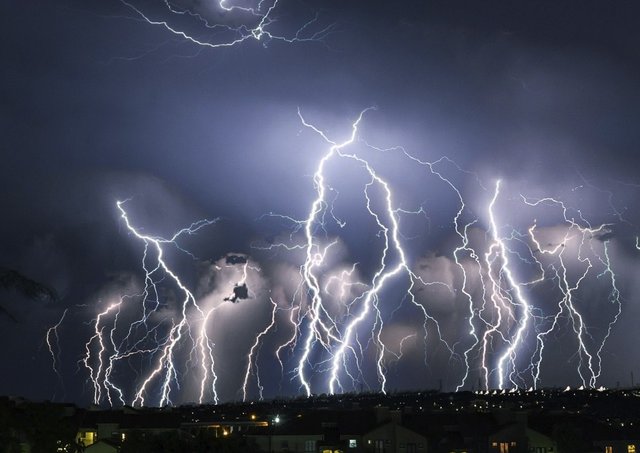 The Lightning Network release took place over a year ago. Since then, many applications have emerged on the basis of a promising technology, around which a significant user base has grown. Recently, Bitfury announced the launch of a suite of solutions for the Lightning Network. Why big business puts on technology, which is still in an early stage of development, we understand the article.

Lightning Network is considered one of the most promising second-level solutions for the Bitcoin network. In particular, it should help to cope with the problem of scaling and speed of transactions and become a guide to the world of mass payments for Bitcoin . How much has technology advanced over the past year?

The distribution level of the Lightning Network is growing rapidly and remains a popular source of good news during the "crypto-winter". According to the website P2sh.info, since the beginning of November last year, the number of channels (in fact, users) has increased from 12,500 to more than 44,000. The network capacity has increased by 7 times – almost to 1065 Bitcoins. This suggests that the payment activity at the Lightning Network is indeed increasing.

According to the 1ML portal, the United States is still leading here – more than 5,000 channels have been opened in Ashburn, Virginia alone. Also among the leaders in the activity of the Lightning Network are Germany and France.

The number of nodes in the Lightning Network is also increasing and reached 7,000 by the beginning of March. One of the owners of the LN node is Twitter founder Jack Dorsey. He also supported the Lightning Torch flash mob and even announced that his crypto-payment application Square will support the new technology.

At the same time, the danger of centralization cannot be forgotten – the 10 largest LN nodes account for 38% of the payment capacity of the entire network.

The rapid growth in popularity of the Lightning Network demonstrates its potential, and now the large blockchain corporation Bitfury has joined the race for users. In late January, she released a beta version of several products, united under the brand Lightning Peach.

Bitfury products for Lightning Network are divided into three areas. Individual users are offered desktop and mobile wallet. Sellers – API and plugin for receiving payments; the payment terminal is promised, but aside from the technical specifications, nothing is yet known about it.

There was also a proposal for developers – in the form of Lightning Peach Daemon , a partial implementation of the Lightning node in the Rust language. In conclusion, Peach introduced its own public node available for connection. Thus, unlike competitors, Bitfury offered a whole suite for the entire business cycle on the Lightning network.

As the head of the Lightning Peach team, Pavel Prikhodko, said, their company was the first to offer not a separate product, but “the entire infrastructure stack” for working in the Lightning network. Now Bitfury is working on two lines of LN-products – non-custodial for "expert users" and custodial – for those who want to use, but do not intend to "dive deep into the technology."

Anton Kumaygorodsky, who developed Lightning Wallet, the most popular LN-purse on the Android platform (according to Google Play statistics), considers Bitfury, whose main business is mining, to be successful:

“Anything that can help Bitcoin will help them in one way or another. In addition, mining is a very competitive environment, an attempt to gain a foothold somewhere else seems logical. The “Miner-LN” bundle should work well and on its basis it is possible to offer new services – for example, open up channels to those who want from the naked bitcoins. ”

Bitfury points out that companies that develop products based on the Lightning Network do not necessarily compete with each other:

“In order for Lightning to work, you need your own infrastructure. It opens up new scenarios for the use of cryptocurrency, which, of course, creates space for a new business. No less than large companies like Bitpay can gradually expand in the direction of supporting Lightning. At the same time, there are scenarios where onchain transfers [of bitcoins] remain more preferable, ” Pavel Prikhodko believes.

What is not enough Lightning Network?

While the fans' dreams that they will be able to pay with the help of the Lightning Network for the products in the store, break about the existing shortcomings.

In addition to obvious technical difficulties – the size of the payment can not exceed 0.04 BTC, or 10,000 rubles – many user solutions are released only in beta, which leads to frequent bugs.

For example, during the review of the BlueWallet wallet, blogger Ben Perrin, known by the nickname BTC Sessions, was faced with the fact that his LN-account was credited with twice as much money as he sent. Although application developers promptly fixed this bug after Perrin’s message, it is yet another indication of the unreliability of LN applications.

Anton Kumaygorodsky is sure that it is still difficult to use Lightning network applications because the network lacks “many important components”, such as splicing (increasing the channel capacity by sending on-line transactions to it) or AMP (being able to split one payment into several small ones to increase network bandwidth):

“Work on all this is going on, I think, as the protocol improves, interest in“ Lightning ”will grow,” he notes.

Members of the Lightning Network community offer solutions to improve user experience. For example, Lightning Labs CTO Laolu Osantokan at the end of February published a draft of the update , which will allow you to create static LN addresses – so it will be easier for users and merchants to process repeat purchases.

And yet, every day the protocol "is becoming more and more mature," Pavel Prikhodko is sure:

“We expect that in 2019 interesting stories will appear where it will all work meaningfully and create value. In fact, Lightning is now practically the only area in the crypt where all development metrics are in the green zone. ”

“For example, traders could use it for arbitrage between exchanges,” he suggests.

A striking example of the unusual application of Lightning Network is the Tippin application, which is a Twitter add-on and released in the form of an extension for the Chrome browser. Using it, Twitter users can reward "tips" authors of successful tweets.

Twitter user Kevin Rook cited statistics , which was confirmed by Tippin creator Sergio Abril: three months after the release of the application, over 14,000 people registered in it, and the browser extension was downloaded 4,000 times. In addition, the project on the Lightning Network technology was once again supported by Jack Dorsey.

Pavel Prikhodko added that the company sees “big interest” from the business side to try LN-based services. In particular, "this applies to countries with a weak banking system or cases with international transfers."

Bitfury found it difficult to name the approximate number of entrepreneurs using the technology, but noted that LN is actively testing various business scenarios, including donations, tips for content or micropayments.

The usual “hodler” is still difficult to use applications based on the Lightning Network. Bitcoin evangelist Andreas Antonopoulos believes that their mass distribution will begin in 2 years.

“I think mass distribution will come when, on the one hand, it turns out to make the use of technology really convenient, and on the other hand, people will be able to directly benefit from this story – it could be a profitable cashback or, for example, micro-earnings ,” concluded Pavel Prikhodko.